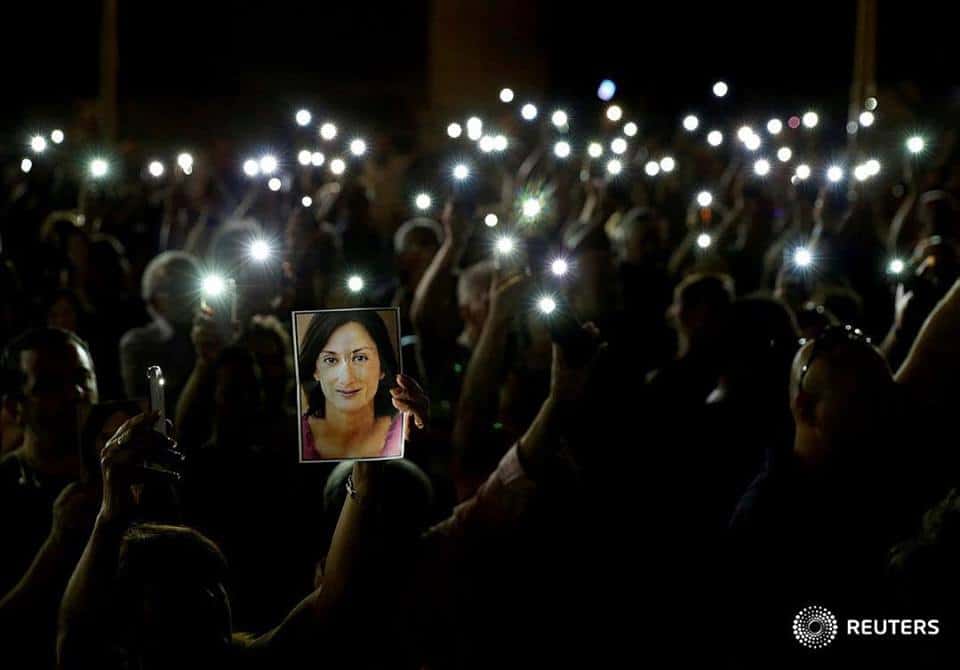 People hold up photos of assassinated anti-corruption journalist Daphne Caruana Galizia and torches on mobile phones during a vigil to mark eleven months since her murder in a car bomb, in Valletta, Malta September 16, 2018. REUTERS/Darrin Zammit Lupi

At 2:35 pm, exactly 11 months ago today, Daphne posted what was to become her final blog post before she was brutally murdered when she was blown up in her car just a few metres away from her home. The now famous last words she wrote were prophetic indeed. The situation was desperate, she claimed eleven months ago. The situation eleven months later is indeed even more so.

Even a minority of one should feel free to show their displeasure towards the way that the country is being run. The government has to lead by example. Malta is not a Third World country. Malta is a full member of the European Union and as such, freedom of expression is a guaranteed right. The impunity with which people insult and denigrate those whose opinions differ from the opinions of the government has to be stopped before the country suffers yet another serious blow to its democracy.

Previous:Blame it on the Usual Suspects
Next:This square is the front line of the battle for justice