(Socialist, Green, Liberal and Popular) MEPs say the removal of the Daphne makeshift memorial is ‘unacceptable’

In remarks to the press today they called this government action “unacceptable”.

In the morning they visited the site to see for themselves how it had been “cleaned up” by public authorities. They expressed their “shock” to Minister Owen Bonnici personally. 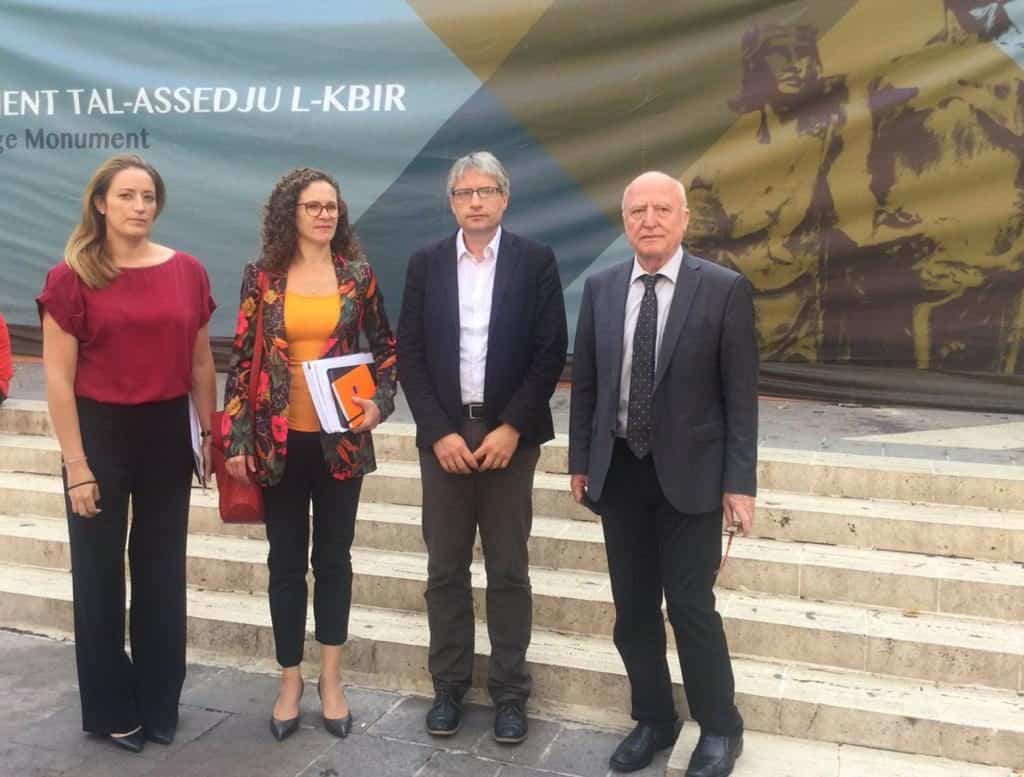 Later in the afternoon, after activists restored the makeshift memorial, MEPs Sven Giegold and Roberta Metsola visited the memorial and lit candles and left flowers there.

This is a video of Sven Giegold’s remarks. Regretfully the audio is very low but audible.