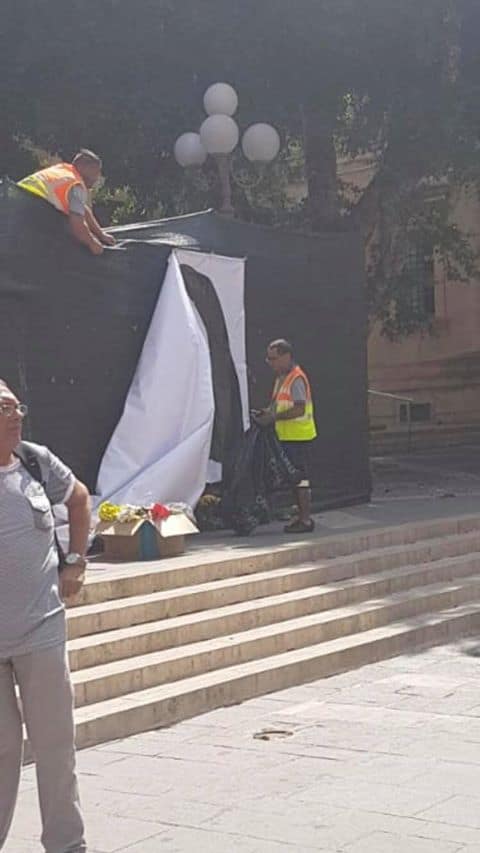 Minister Owen Bonnici’s recent handling of the Daphne Caruana Galizia memorial issue is further proof that the Labour party has metamorphosed from the broad church it portrays itself to be to an intolerant cult which stops at nothing when it comes to erasing uncomfortable reminders and activities to that effect.
PD appeals to the incumbent Labour Government to change its attitude and live up to ITS repeated electoral promises that populate its manifesto and rhetoric of upholding democracy and promoting tolerance.
Minister Bonnici’s shameful attitude continues to chip away at Malta’s democratic standing among its neighbours near and far.
Previous:(Socialist, Green, Liberal and Popular) MEPs say the removal of the Daphne makeshift memorial is ‘unacceptable’
Next:Because you thought today was Independence Day