We serve whites only

Malta Today’s story about a band club in Marsa banning black people is hard reading. The committee denies the policy exists though the journalist, Karl Azzopardi, does his own checking and confirms with the barman  racial profiling of visitors is indeed the order of the day.

I don’t think this surprises anyone. Surely people realise by now that being a black person living in Malta, however ‘integrated’ they may be, is a permanent and constant struggle against discrimination.

The segregation of black people and white people is considered legitimate. Malta Today interviews Ahmed Bugre, who was naturalised almost 30 years ago. But he can never be deemed ‘Maltese’ except at law because of the colour of his skin. His life every day is lived being told to go back to his country because his home for the past 30 years considers him a disease-bearing crime-prone alien.

It is painful enough to read this story. But the drunk honesty of on line commenters is the true mirror to our society. Look at this sample of the acclamation. 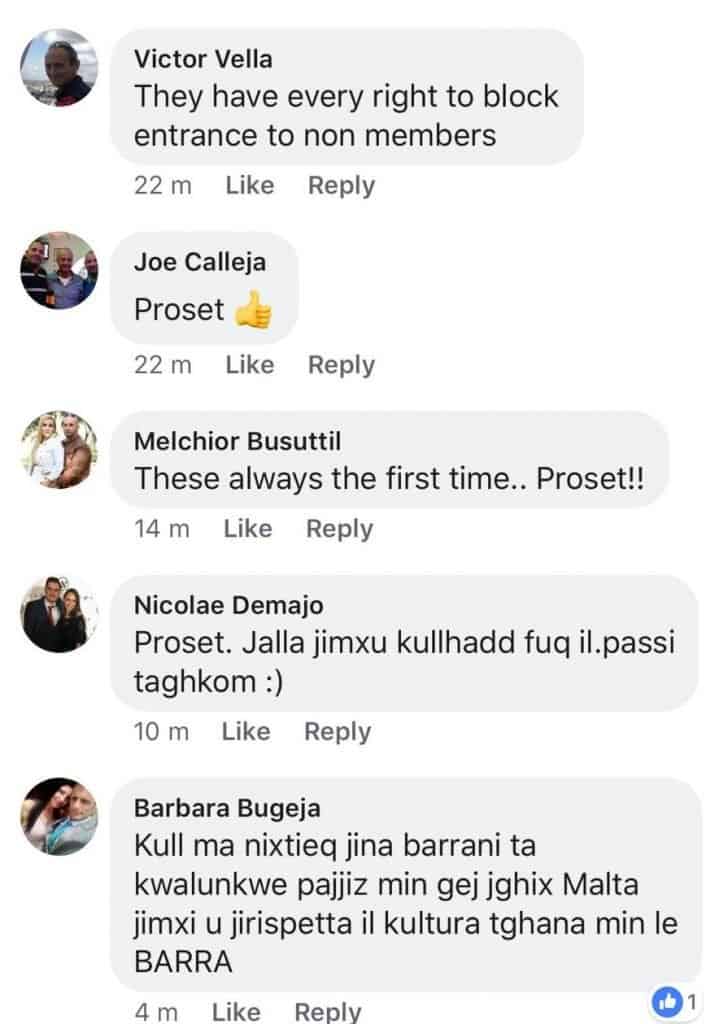 The utter lack of self-awareness of these people who stumbled into our time through a wormhole from a century ago is astounding. It’s not that they’re particularly stupid and cruel. They are those things but it comes naturally to do them because they expect no one will disagree with them.

What is truly astounding is how far down the road of prejudice, bigotry and hate we have come and how comfortably our nation has taken these attitudes as mainstream.

Previous:Iris Rohmann: It feels like watching a bad play
Next:Constitutional claim to protect freedom of expression