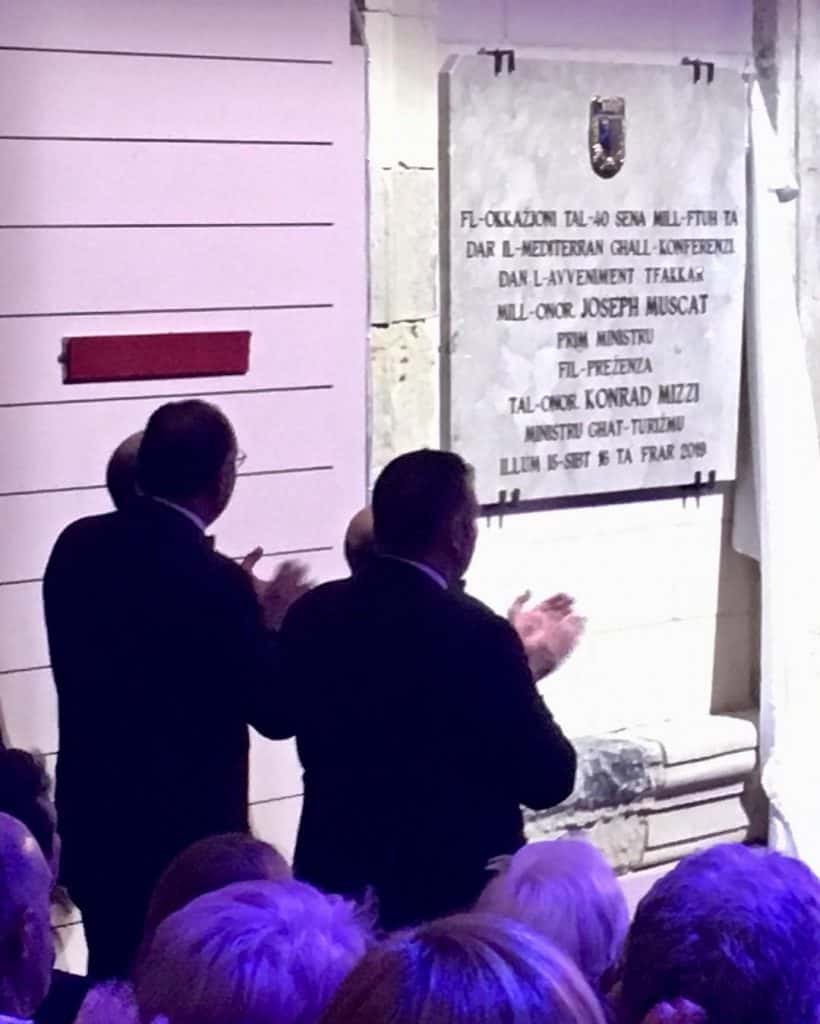 Last Saturday night, after attending the 16th Day of the Month Justice protest standing out in the cold in Valletta, down the road a piece, there was another commemoration event about to take place.

Since the morning the public broadcaster PBS was setting up equipment for the live broadcast of the evening’s black-tie gathering of a couple of hundred devotees of the “Movement”.  I was fortunate enough to get home in time to witness the show on my 49 inch LED television.

After a few interviews by a heavily made-up PBS news reader, the cameras switched to the main hall of the gathering where the guests, like of colony of obedient penguins waited for the arrival of the Prime Minister and his wife. On cue, they rose and clapped as the local re-incarnation of the Perons entered from the back of the hall and made their way down to the front row and sat beside Konrad Mizzi and his 13,000 Euro a month bride.

Then came the speeches which gave a hint of what all this expense and drama was about. It’s been 40 years since the Sacra Infirmeria of the Knights of St.John was morphed into the Mediterranean Conference Centre. Not 25 years, nor 50, but the round figure of 40 needed to be celebrated. I soon was to find out why.

Suddenly the master of ceremonies announced the impending unveiling of a plaque covered by an enormous white sheet on the left side of the auditorium. The “Onorevoli” Prime Minister and his 150,000 dollar a month “Onorevoli” Minister walked up to it and removed the sheet to the instant applause of the penguins who looked up and saw a huge plaque of anything close to 10 feet high and 8 feet across, of one marble sheet with larger than life bronze lettering. The plaque read that we were commemorating the commemoration of the anniversary of a renovation under the sponsorship and guidance of the “Onorevoli” Muscat and Mizzi.

It was surreal. I pinched myself. I fiddled with the remote to make sure I was conscious. On the same night that a small group of people were peacefully asking the government to respond with a sense of justice for a political murder that recently happened under its watch, a similar group of people, dressed up in gala evening wear were attending a government-sponsored show of total insignificant value or national importance in order to unveil a plaque as a permanent reminder that once Malta, with its obedient citizens, was ruled over by its ever “most corrupt politicians” whose escape from being made accountable was founded on deceit, circuses, cronyism, manipulation of state media and other important institutions and whose rise to power was linked to some of the world’s most notorious fraudsters and thieves with a history of feeding off small island states with the blessing of their local corrupt dictators.

“Have you seen those little piggies in their stuffed white shirts, and for all these little piggies life is getting worse….”  are words sang by John Lennon 50 years ago. He too was assassinated, albeit for different reasons completely.

Editor’s note: A self-described Beatlemaniac pointed out that the above quote is wrongly attributed to John Lennon. Piggies is, in fact, a George Harrison song and his is the voice on the record.