Social and political activism has a longstanding history, the Luddites smashing up machinery in the 19th century being a famous example. Rosa Parks’ refusal to give up her seat to a white man is another landmark case of a grassroots action leading to wider change.

In Malta, activism has become an integral part of the landscape since the assassination of Daphne Caruana Galizia. On the day of her murder, large numbers of people took to the streets of her home town, Sliema, in spontaneous reaction to the news of her killing. They walked silently and carried candles, symbolically placed at the Statue of Love. 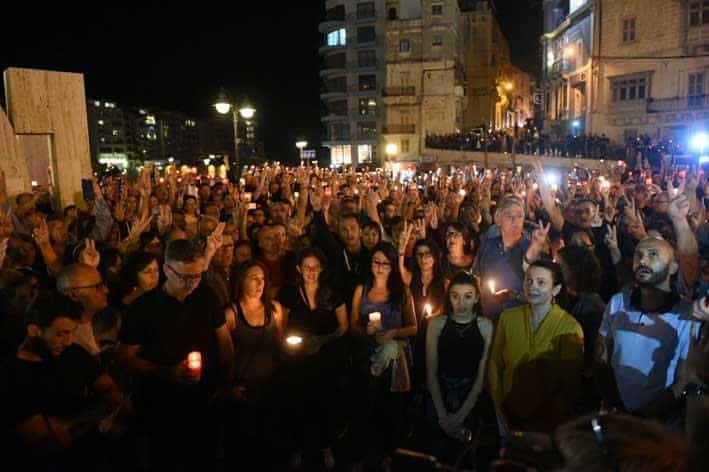 Less than a week after her murder, thousands of people joined the protest in Valletta and reporting on the event, the Guardian wrote: ‘Initial shock at the slaughter of a woman whose work investigated the murky corners of Maltese politics, rattling the government and opposition alike, has since given way to demands for a united front for justice.’ 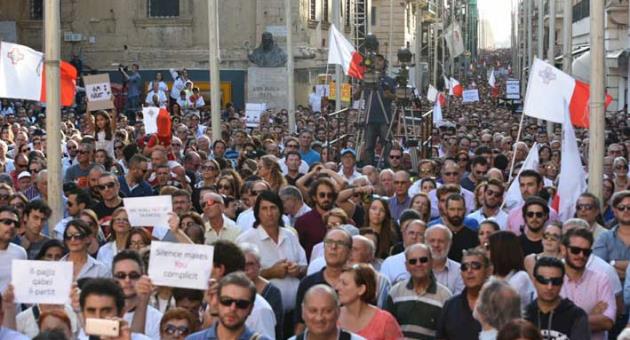 This ‘united front for justice’, although it’s doubtful it ever existed, was extremely short-lived. Polarisation emerged from the start based on personal as much as political grounds. In Malta, nobody comes without baggage and in a country of such a small size, this seriously impedes the push for change.

During the first demonstration, criticism was levelled at the choice of speakers, albeit this arose from a limited pool of possibilities within a very short time frame.

While this initial disagreement might seem harmless – even beneficial – the tribal nature of Maltese culture meant it could easily undermine overall opposition to the government in the same way as the factionalism of the Left opened the door to Franco and the Spanish Civil War.

Nevertheless, the resistance to Muscat’s corrupt government has been sustained through the ongoing work of activists despite their relatively small numbers and the immense power of the forces they oppose.

As one such example, the women-led pressure group, Occupy Justice, emerged organically in the intermediate aftermath of the assassination. In the early days of its formation, a group of six women met with the Prime Minister to deliver their statement. Full disclosure: I was one of these women and the decision as to who would attend was taken relatively fortuitously the night before. Demands for the resignation of the Police Commissioner and the Attorney General were presented to the Prime Minister, reiterating the message delivered at the first national demonstration. 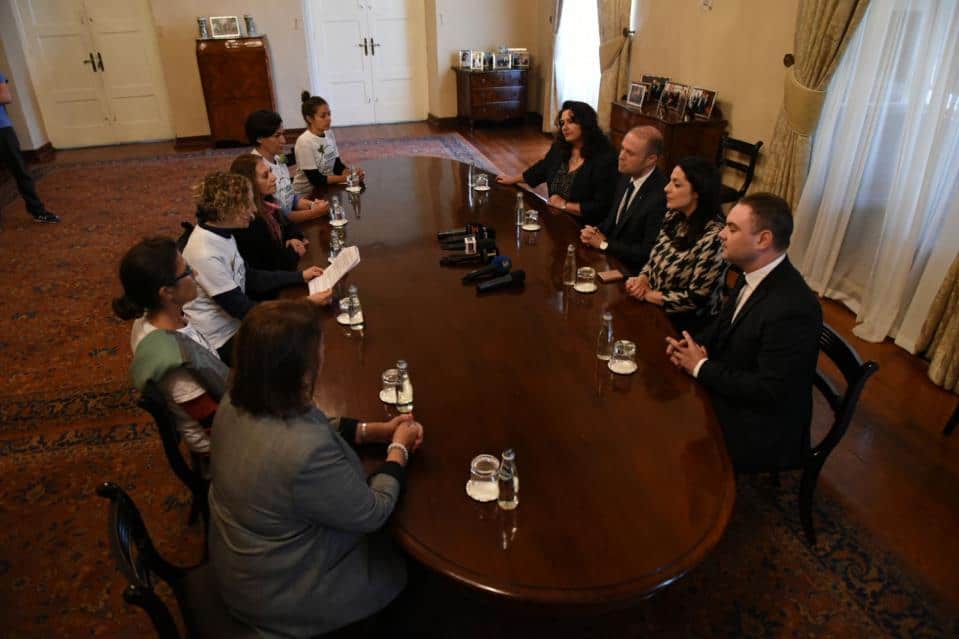 Outrage at the lack of resignations informed the attack launched against Alfred Sant by MEP Ana Gomes this week during the European Parliament’s debate on the rule of law resolution in Malta and Slovakia. She asked an angry and flustered-looking Sant what his government had done to prevent organised crime, financial crime and terrorism in the EU. What had they done ‘to prevent e-gambling, cryptocurrencies, the corruption that was exposed in the Panama Papers, the two members of your government that are still in government despite being totally exposed in the Panama Papers?’ 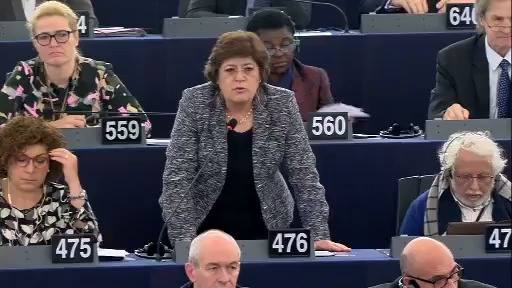 In a country lacking any semblance of political accountability, both men are still in place, ignoring repeated recommendations for their removal by the MEP rule of law delegation during their 3 visits to Malta.

The MEPs have also condemned government-backed removal of flowers, candles and pictures at the protest-memorial site in front of the Law Courts, insisting that a solution is of ‘utmost importance’. 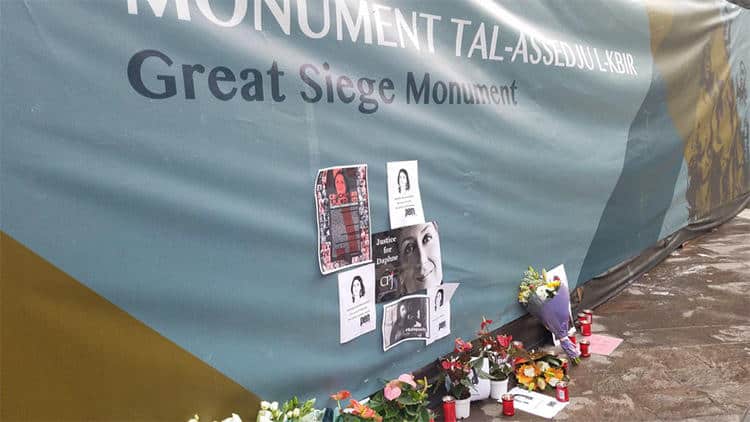 Last October to commemorate the one year anniversary of the assassination, representatives of leading media freedom organisations placed flowers, candles and messages at the site, by that time boarded up on the orders of Owen Bonnici. Naomi Klein did likewise last November, challenging the government to let the items stay.  In both instances, the objects of respect and protest were swiftly removed. 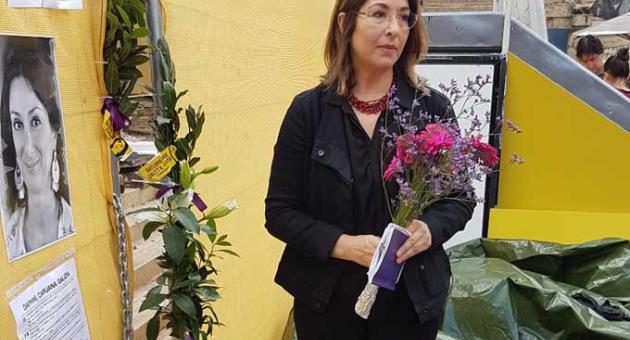 This week, Amnesty International Italy delivered a petition with over 45,000 signatures to the Malta ambassador in Italy demanding a public inquiry into the assassination of Daphne Caruana Galizia.  Alongside this, the European Parliament voted to clamp down on ‘tax haven characteristics’ and golden visa schemes in 7 EU Member States, one of which is Malta. This decision emanated from a report compiled by the Tax3 committee which also includes demands for an immediate public inquiry into the assassination.

International condemnation sits starkly at odds with the lived experience of Occupy Justice which includes smear campaigns, online threats and physical assault.  On the same day that Amnesty and the European Parliament were putting massive pressure on Malta, placards were stolen from the protest-memorial site.

As El País observes: ‘All that European attention towards Malta, the tributes to Daphne Caruana Galizia in Strasbourg, where the press room of the Parliament bears her name, contrasts with the harassment denounced by those who ask that the case be clarified and fight against corruption on the island.’

In the face of such harassment, Occupy Justice have retained a visible and consistent resistance to a government which acts with impunity. They organise and participate in the monthly vigils, and instigate actions to ensure their demands for justice are kept in the public eye. Replenishment of the protest memorial site is also a task carried out several times a day.

As Ann Demarco says, ‘We cannot return to normal as if nothing had happened.’

At the Vigil for Truth and Justice in February, Sammi Davis – an activist with both Occupy Justice and Repubblika – poignantly captured the essence of what motivates activists in Malta: ‘On the 16th October 2017, I knew that life in this country would never be the same again. There was a time before and now would come the “after”. The criminals that killed Daphne Caruana Galizia did so because they expected to get away with it: because the system in this country is broken. Well, I refuse to subscribe to the convenient pretence that there is nothing we can do about it.’

Following in the peaceful footsteps of all those who’ve trod the path of truth and justice, the candles are continually relit and the flowers, photos and placards are every day replaced. 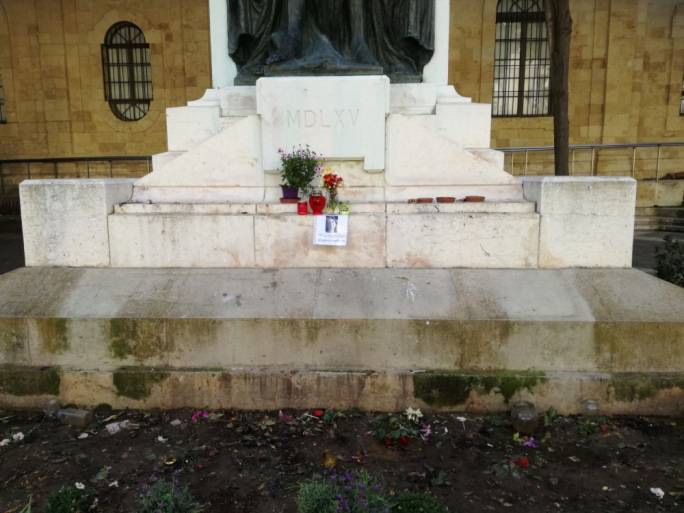