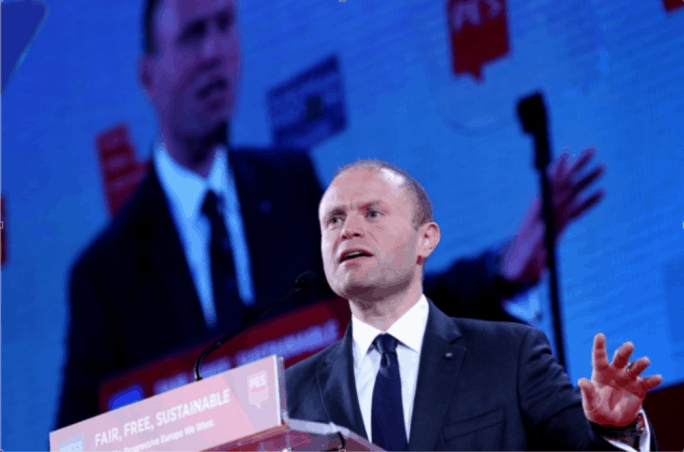 So Joseph Muscat wants us to believe he has grown tired of politicians who want to stick to their seats. He’s suggested a use by date for Parliamentarians: out after 20 years. And if an MP makes it to Prime Minister they need to be knocked out within 10.

As always with Joseph Muscat it would be a mistake to take that statement at face value. He’s not pulling it out of thin air. “Għaxar snin biż-żejjed” was an Alfred Sant slogan in the 1996 campaign when he wanted to project Eddie Fenech Adami as expired and himself as the promise of youth and a noble future.

How did that work for us? Young and fresh Alfred Sant sapped our future by blocking EU membership. Tired and expired Eddie Fenech Adami still had the project of securing Malta’s membership of the EU ahead of him.

The situation today is of course different. The one recommending an expiry date for prime ministers is the veteran Prime Minister himself. However utterly nonviable he may be, the only alternative candidate for the post has not spent a day in public office. So clearly Joseph Muscat does not feel the need of playing tricks to keep Adrian Delia from challenging him.

Term limits are extremely rare in Parliamentary democracies. I’m aware of only one case. The Philippines imposes a 2 term limit on its Senators and MPs which means they must withdraw after 12 years in office.

Perhaps it is not superfluous to point out that these term limits for Filipino Parliamentarians give the space for the Presidential tyranny the country has suffered under in its past and in its present.

In Parliamentary systems MPs are representatives, not administrators and therefore their power is limited to legislation and oversight of the executive. In those systems the executive is directly accountable to Parliamentarians and that is the mechanism of checks and balances that ensures there is a dynamic transition of power.

Presidential systems have term limits for the executive officers elected directly by the people. That’s because their direct election creates a legitimacy that supersedes and limits enormously the influence of the legislature and creates huge risk of the abuse of power of incumbency.

The most famous original model is of course the US President. Congressmen and Senators in the United States have no terms limit. But unless by a process of impeachment – which requires approval in the House for an impeachment motion to be approved and a majority in the Senate to effectively convict the President after undergoing a trial for a crime committed while in office – the President cannot be removed by Congress no matter whether they enjoy their confidence or not.

The experience of the US democracy however was that a President could cast such a heavy shadow on political affairs that voters might feel that re-voting them in office is inevitable. This after all is how Napoleon Bonaparte graduated from first of three Consuls to an Emperor: by popular support and a little bit of hero worship earned by his impressive success in office.

In other words judging by the almost universal experience of the entire democratic world, with no exception anywhere in Europe and almost no exception whatsoever worldwide, Parliamentary democracies equal no term limits; term limits equal a Presidential system.

I don’t think Joseph Muscat is having a Freudian slip. There is much reason to suspect that the “Second Republic” in the covert intentions of Joseph Muscat and the allies he is securing across the political aisle is a stepping stone to a “First Empire” in all but name.

The apparently throw-away remark about term limits is part of a campaign to throw in the discourse the supposed safeguards, the spoonfuls of sugar that might allow this silent coup to go through.

Consider how entirely dishonest his remark about the clingy politicians he’s fed up with is. He has just handpicked for the office of President George Vella who has been an MP about as long as half the population of the country has been alive.

There has never been a time in my living memory that George Vella was not in Maltese politics and if you ask my children, I’m rather over the hill myself. His votes have kept Dom Mintoff, Karmenu Mifsud Bonnici and Alfred Sant in office before Joseph Muscat himself.

He has voted for bulk buying, neutrality between Cain and Abel’s Europe, the freeze of Malta’s EU application and the retention of Konrad Mizzi in office. He’s kissed more crucifixes taking oaths of office than most philatelists have licked stamps.

Joseph Muscat was not too tired of George Vella’s face to frame him right and centre of the national picture deep into his eighties.

Joseph Muscat never says what he means. But he means what he says.

If you’re hearing talk of term limits, you should be listening to the signs of the increased concentration of power in hands you can never reach.

Previous:A crook representing a government of crooks at a crooked university
Next:Let’s go back to Damascus