Let’s go back to Damascus 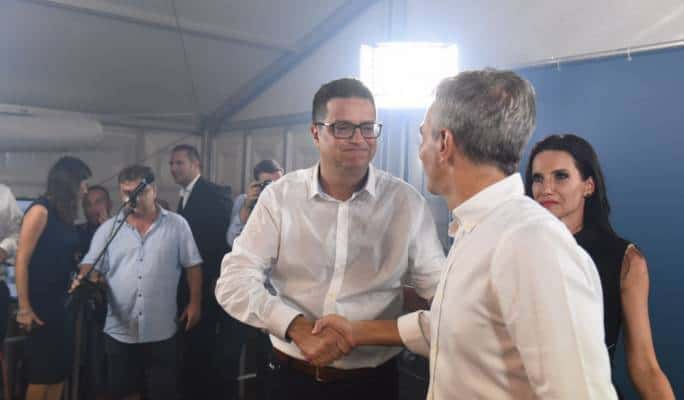 He’s gone full circle now. He started out by arguing the PN was obsessive about corruption because Daphne Caruana Galizia had taken possession of the party. Under her spell and the feeble leadership of Simon Busuttil, the PN had lost touch with ‘the bread and butter issues’. The party had become too negative. It had allowed the agenda of a biċċa blogger to take hold of it and started a streak of losses that could only be reversed with a ‘new way’.

If the PN’s anti-corruption campaign of 2015 to 2017 had been a negative, its negation had been a double negative. In other words a spin that took it nowhere in particular and yet sapped what little energy it had left.

After Daphne Caruana Galizia was killed, the new PN leader had an appropriately fainting episode and when the smelling salts kicked in, the PN started a journey of existential ping pong.

One week it stood to condemn “a political killing” but then for months it would seek to ignore it. It refused to be “negative” and preferred to stay positive. In its effort to enforce a new dogma of delight in the efforts of the government, it came to the point of demanding the political exile of Simon Busuttil, erstwhile host to Daphne Caruana Galizia’s ghost.

For months the PN wilfully ignored campaigners against Joseph Muscat’s corruption. Protests and vigils demanding institutions do their job were deemed beneath the concern of the PN that organised its own events to clash with civil society initiatives to force a choice upon its members. For months its media ignored and continues to ignore Occupy Justice, Repubblika, Il-Kenniesa and anyone associated with them as enthusiastically as Labour’s media does.

Except for a while when things got so bad again that the PN led a campaign on its media to discredit Occupy Justice branding them abortionists and fraudsters.

In spite of this effort, Adrian Delia now realises that a sizeable chunk of people who voted PN in 2017 today still feel as strongly about the government’s corruption and the failure of the institutions as they did when he first said the PN should stop being bothered about this stuff.

Read reports of his speech at the party event today. The words, if not the style, could be taken out of the hymnbook Simon Busuttil sang from when he was still PN leader. The new way has been trashed. There’s no point in being positive anymore. Democracy and fundamental rights have been re-promoted to bread and butter status again. The PN has ridden back to Damascus to look for a light it sought so hard to forget.

Adrian Delia is no longer telling Occupy Justice they’re fraudsters and abortionists. He’s telling them they need to vote PN if they want to do something useful about Joseph Muscat’s corruption and the inability of the institutions to do anything about it.

People who understand why corruption and the rule of law are important even when the PN and the PL join forces to tell them they’re not, understand without the need of Adrian Delia’s help the importance of their vote.

They understand why Labour’s ever so galvanised, ever so large majority is a threat to democracy and fundamental rights. They understand that David Casa and Roberta Metsola during the last two years were more useful in the European Parliament to the cause of democracy and the rule of law than Adrian Delia ever could be anywhere in a hundred years.

They also understand that completely and utterly defeated by the failure — predictable to everyone but them — of Adrian Delia’s campaign of converting the PN into a soulless mirror of Joseph Muscat’s regime, the PN leadership is now frantically changing its rhetoric to chase the crowd it has lost in order to look like it is leading it.

One thing the uncannily frozen survey results of polls during the past 18 months or so tell us with certainty is that whatever the PN leadership says (can’t use the verb to do there, because it doesn’t really do anything) nothing changes in the electorate’s response.

Those who would vote Labour or PN whatever reductive clown is leading their party at the time, will continue to do so. Those voters passed that test with Karmenu Mifsud Bonnici and Alfred Sant and some of them are graduating with flying colours with Adrian Delia in the scene.

Those who will vote whichever party they believe will allow them to indulge their insatiable greed and run riot with Malta’s environmental and economic sustainability to make a quick buck, will for the moment stick to the Labour Party.

Those whose vote has, throughout their adult life, gone to the party that has shown consistent commitment to old fashioned common sense, decency and restraint even if they might have disagreed with several dozen of its decisions such as reactionary social policies or half-hearted environmental protection, are as flummoxed about their voting intentions today as they were that hot September night when a sweaty crowd roared Adrian Delia’s slim victory at the leadership poll.

They are very likely to end up voting some of the PN candidates at the European Parliamentary elections not because Adrian Delia wishes it. They will do so because in spite of their disgust, they have never ranked their personal preferences above the needs of the country. And the country needs the thin line of defence provided by the few people in some elected office who still uphold truth and justice as values and did so even when Adrian Delia wanted everyone to think they were not fashionable anymore.

Then Adrian Delia will say those votes were secured by his merit. Pathetic, I know. But let’s stick to what’s important, shall we?