The President should steer clear of controversies: especially changes to the Constitution

The following is a statement issued today by Repubblika: 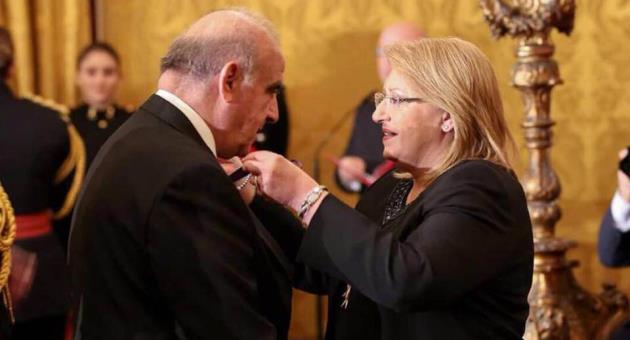 Hours before the nomination of George Vella as President of Malta, we heard that his predecessor, Marie Louise Coleiro Preca, suspended the series of meetings she had been chairing of a committee made up of representatives nominated by Joseph Muscat and Adrian Delia to drive changes to the Constitution.

News reports suggest that before accepting his nomination, George Vella insisted he takes over from Marie Louise Coleiro Preca the role of chairperson of this inter-party committee as a condition for his acceptance. We understand that until then President Coleiro Preca intended to continue in the role after handing over the keys to the Palace.

A President that participates in the process of legislative change is stepping out of the important role they occupy.

We do understand that the new President might feel that since he would be working towards a consensus between the PL and the PN he would not be bringing into question his role as a symbol of and catalyst for national unity.

But the assumption that a consensus between the PL and the PN is in and of itself national unity is misguided. It comes from the received wisdom that all thinking in Malta, all opinions, all ideas, all views must necessarily fit into either the views of the PL or the views of the PN. And if the PN and the PL agree, then no one would disagree.

If the President of Malta were to lend his support and endorsement on a position on Constitutional changes held by the political parties, he will place himself in opposition to others who may disagree.

Repubblika holds that Constitutional change cannot be the product of inter-party consensus after a closed-door horse-trading exchange. If it is, our democracy will be in greater risk than our worst fears.

Reform must be led by citizens. Views that may not be to the shared liking of political parties who might be nervous about the restriction of the power of the executive and of governance by partitocracy should not also find the opposition and the resistance of Malta’s President whom we expect to be above controversy.

In our submissions to the Steering Committee on Constitutional Reform, which we submitted before George Vella’s nomination, we observed that Marie Louise Coleiro Preca had not yet expressed any view about specific changes to the Constitution. As such she had not had yet compromised her role as President of Malta.

But if our understanding that George Vella intends to lead the process of defining Constitutional reform from the Presidential throne is correct, Repubblika expresses its grave concern that we are looking at political parties consolidating their powers whatever promises of enlightened magnanimity they might make as they pay lip service to so called consultation in a top-down imposition of changes that are convenient to them.

George Vella may have all the good intentions in the world and we wish him every success in his new role. But independently of his character, his record, his political affiliations and the wholesomeness of his intentions, we are dismayed by the prospect that a President could take on, while in office, a political role taking the sides of political parties against civil society in the crafting of Malta’s basic law and the fundamental rules of democratic life in Malta.

Malta is not a Presidential Republic and though we are generally happy to allow different opinions to be developed before pronouncing ourselves in favour or against any specific aspect of reform, we have no desire to see a holder of a single executive office with the power and influence of a political President.

We would therefore strongly urge the new President to stay clear of the debate on Constitutional reform (as well as staying clear of any other political debate whatsoever, for that matter) and for the remaining members of the Steering Committee on Constitutional Reform to consider our proposals for a structured, open, and citizen-led process of reform.