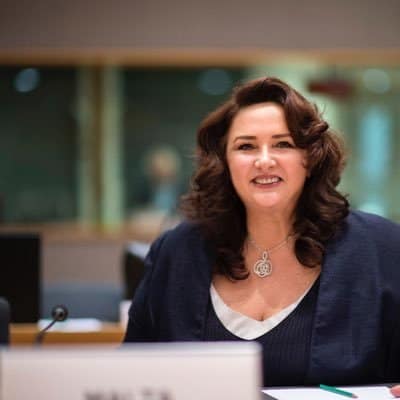 Somewhere on the way to Brussels, Helena Dalli was blinded by a bright light and fell off her horse with the deep voice of truth ringing in her ears. She realised she was persecuting the wrong people and now says if she were Konrad Mizzi, Keith Schembri and Joseph Muscat she ‘would have done things differently’.

She wanted her audience to understand that to mean that Joseph Muscat did not do the right thing when handling the Panama Papers and if she were him she would have.

OK. A bit late I suppose, but I submit it’s not too late.

Helena Dalli is still a member of Malta’s Parliament and she’s still a senior ranking member of the Labour Party. Not for long to be sure, but she still is.

Do that and then we’ll know you really meant what you said when you wanted your audience to believe that you would have done the right thing.

I can hear her saying as she giggles coquettishly like she did in that famous meeting where she said how easy it was for her to lie to her own party supporters about what she planned to do about marriage equality. She said that was lying for a good cause. Here’s your good cause now Helena Dalli. Stop lying about it. Let’s see you do the right thing.