Sent in by Robbie under this morning’s post ‘When Joseph Muscat’s government was ok with immunity to turn state’s evidence’. 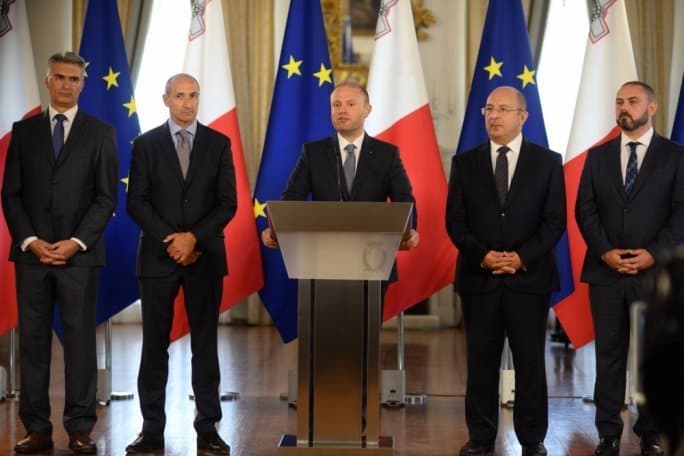 Gone are the days when top public officials have to be whiter than white. Those were the days of Prime Ministers Fenech Adami and Gonzi when the interests of the nation came before them and their party. Back then it was obviously not suitable for an Army commander to have his son a convicted drug lord. Today everything goes, absolutely everything!

I am witnessing utter destruction in my own industry here just because of politically appointed persons and persons of trust and their stooges whose only interest is to make fun whilst the sun shines and to oust anyone who dares disagree with King Muscat. The ignorance and arrogance is amazing. Despite the huge illegalities, everything is normalised. What do you expect when a minister caught opening a money laundering structure offshore does not resign and is not dismissed?

What do you expect when our hospitals and oil procurements are structured so that millions get siphoned off into our public officials’ pockets and a renowned businessman? I sit on lunch and dinner tables where most of the time everyone acknowledges this with the helpless look that says “Ħeqq this is Malta”. They have come to accept that Malta is corrupt to the bone.

But because they are getting their pay checks and health care, they keep their mouths shut. Their children and their futures don’t come to mind, often because everyone’s view of the future only goes as far as their own nose and/or their brains don’t have the facility to think about the direct and indirect long term repercussions of huge corruption over the next decades.

Despite independent national audits, ombudsmen and EU entities all asking for better governance, Muscat and his gang just go through the motions of it all without any real effort to put their country’s interests first.

What is really tragic, and what makes Malta stand out from other countries with not dissimilar government corruption, is that Muscat treats its people like imbeciles AND at least half the population either don’t seem to see through his BS or care at all. As if this was not a big enough problem, you then have an opposition which – as much as it tries – simply can’t pull itself together and won’t until change starts from the very top.

This is why the problem with Malta will not be solved overnight, but with lots of luck it will be solved only over future generations. The problem is endemic. Anyone middle-aged will NOT see Malta improve in their life-time. I am adamant about that. They might as well be realistic and start digging escape tunnels now.

There is no Greta Thunberg in Malta to tell politicians “How Dare You?” How dare you ruin this country and the future of its next generation?