Statement by Repubblika, #occupyjustice and manueldelia.com 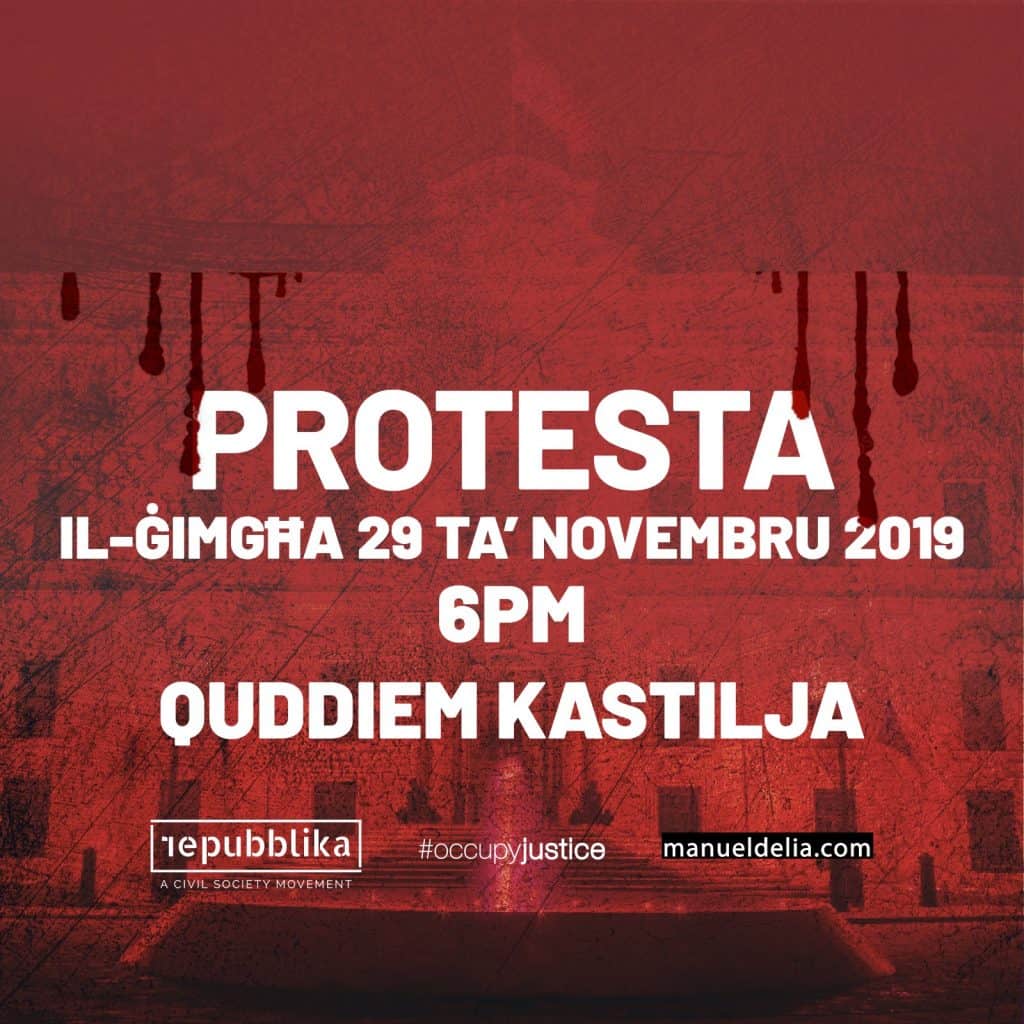 This evening we have witnessed an attack on Maltese democracy and justice. The prime minister has exercised his disproportionate powers to protect his best friend if not himself as well from paying for crimes.

Yorgen Fenech is being accused of killing Daphne Caruana Galizia. The motive of the murder is the fact she exposed the set up of 17 Black to bribe Keith Schembri u Konrad Mizzi. Keith Schembri and Konrad Mizzi must pay for what they have done. On the prime minister’s instructions, instead, they are being protected.

Joseph Muscat should have resigned to allow justice to run its course. Instead he held on to the control of Commissioner Lawrence Cutajar and Attorney General Peter Grech and ensured justice would not reach him and his friends.

This effectively means that we no longer have an effectively functioning democracy. We instead have a prime minister who rules over us by decree and his friends are allowed to steal, even kill, with impunity.

We will not take this cowardly outrage lying down and we will say so most clearly so the world can know that not all Maltese people are corrupt, robbers and murderers.

We call upon all Maltese people of good will to join us Friday, 29 November 2019 at 6pm to join us in a peaceful but angry protest. At Castille Place, Valletta.

Previous:We’re not taking this lying down
Next:Here’s something useful you can do while you wait for Cabinet to be done