The below is a brief interview I had with Vincent Degaetano former Chief Justice, Deputy Attorney General and Judge at the European Court of Human Rights. I asked Vincent Degaetano if Joseph Muscat should be taking a step back in the Daphne Caruana Galizia assassination investigation and he answered Joseph Muscat should be taking “several steps back”. I asked him if he thought the continued presence of Keith Schembri and Konrad Mizzi in Cabinet could be slowing down justice. Vincent Degaetano refused to reply to that question saying the answer is patently obvious. The full interview follows. 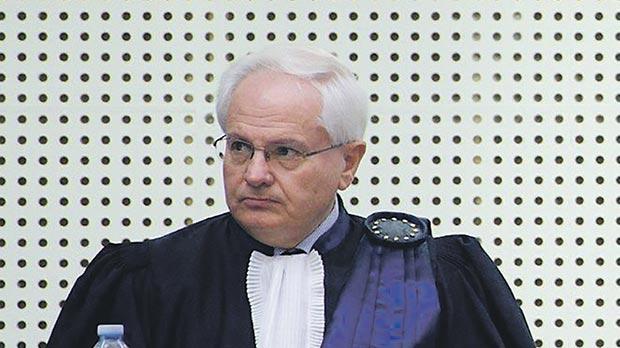 The Prime Minister has presented himself not merely as privy to findings in investigations and interrogations but as a front line decision maker in the process. In your experience, is this normal?

The problem arises if it is perceived that the Prime Minister may have not just a prime-ministerial interest (that is, an interest inherent in his role as head of the Cabinet and therefore inextricably linked to the proper governance of the country) but some personal or political interest in those particular investigations.

I very well remember Eddie Fenech Adami being very strongly criticised – and rightly so – for having taken a personal interest in the investigations into the attempted murder of his personal assistant Richard Cachia Caruana. In that case at least, Fenech Adami’s sole interest was to secure the arrest and prosecution of the person or persons who had committed the deed and of the person or persons who had commissioned it. Whether such persons were acquitted or convicted would not have had any negative fallout on him or on any member of his cabinet. There was not the remotest suggestion that a member of government or senior civil servant was in any way involved, directly or otherwise, in that attempted murder. If anything, a senior military officer had already been forced to resign because of his son’s involvement in drug trafficking.

What we are now witnessing is the Prime Minister taking what may well be termed as a pro-active role in an investigation with the added variable that an outcome – any outcome – is seen to be intimately linked to acts or omissions attributable to at least one serving government minister and to the Executive’s eminence grise, the Prime Minster’s own Chief of Staff. Such a situation, if not entirely incestuous in and of itself, is, to my mind at least, extremely worrying. It tends to undermine confidence in the very investigations which, as far as can be ascertained, are really taking place.

The Prime Minister would do well to take not one but several steps back so as to assure one and all that he is not in any way, even if only inadvertently, influencing the ongoing investigations. Anything short of that would risk undermining in the public eye the current investigations and possibly reflect negatively on future judicial proceedings.

Would prosecutors and investigators normally find this sort of behaviour helpful in the conduct of their work?

I was never an investigator, but I was for many years a prosecutor in the Attorney General’s Office. All the Attorney Generals I have had the privilege of working under – Edgar Mizzi, Victor Borg Costanzi, Joseph Borg, Carmelo Testa and Anthony Borg Barthet – would not only have frowned if a minister or indeed the Prime Minister had attempted to assume what you call a “front line” role in a particular case which was being handled by the Office, but that minister or Prime Minister would have received a tongue lashing.

I still recall Edgar Mizzi giving a dressing down over the phone to a Cabinet minister over some nonsense the latter had said in a television interview in connection with a particular law; I shudder to think what he would have done if the same person had attempted to show any untoward interest in a particular case.

So, the short answer to your question is, no, such behaviour would not be helpful.

What police investigators and prosecutors want is not public posturing but the assurance that they are free to carry out their work without let or hindrance, irrespective of whoever they may be investigating.

What they want is the assurance reflected in the words with which Lord Denning lambasted the then Attorney General of England and Wales in the famous Gouriet Case: “Be you ever so high, the law is above you.”

The very recent indictment of the Israeli Prime Minister for bribery, fraud and breach of trust by the Attorney General of that country is a poignant reminder of this principle of the rule of law and of the independence of law enforcement in Israel.

Is there a formula by which the prime minister could be relieved or could be made to share the burden of deciding on immunity deals in this case?

However, when the President is required by the Constitution to act on the advice of any person or authority, the question whether he has received or acted in accordance with such advice, shall not be enquired into in any court.

Although in my years in the Attorney General’s Office I did not have direct experience in dealing with presidential pardons to enable someone to give evidence against someone else, I know that the practice was always for the Prime Minister to receive a detailed and reasoned advice from the Attorney General on whether a person should or should not be granted such a conditional pardon, and then it is for the Prime Minister or the Cabinet to accept or reject that advice.

Of course, this implies that the advice must be clear, and not a waffling one with lots of ifs or buts. Such an advice must be based on a general assessment of the available evidence (both admissible and non-admissible evidence) and on a reasonable projection of what may be achieved or not achieved if someone is granted a conditional pardon to turn, as we used to say, Queen’s evidence.

Would you consider the continued presence of Keith Schembri and Konrad Mizzi in cabinet as possibly slowing down the normal course of justice from reaching them?

I am not in the habit of replying to questions the answer to which is patently obvious.

Do we have in our laws the offence of obstruction of justice? Would you find face value reasons in the present circumstances that would suggest to you this may be happening now?

There is no one general offence of obstruction of justice or, as is more common in some common law jurisdictions, the offence of perverting the course of justice.

We do have, however, a number nominate offences grouped under the general title (in the Criminal Code) of Crimes Against the Administration of Justice and other Public Administrations. These range from the offence of unlawful exercise of public functions, to illegal arrest, violence or threats against public officers, calumnious accusations, perjury, simulation of an offence, extortion and bribery, trading in influence, taking a private interest in public adjudications, and refusing to perform a lawful duty – to mention just a few. There are other offences – some crimes, others mere contraventions – strewn all over our laws, like failing to supply a sample of breath for a breathalyser test, or failing to turn up as a witness, or failure to give evidence.

So, the answer to first part of your question is, to the best of my knowledge and belief, in the negative.

As to the second part of your question I would only say that it is much easier to obstruct justice surreptitiously and not in violation of the law – by, for instance, appointing incompetent or politically subservient people to certain key posts – than by running foul of any of the various provisions that I have indicated.

Previous:Who’s in charge?
Next:Protest for Truth and Justice: Ann Demarco