Sent in by urban planner Dr John Ebejer.  For many years Dr Ebejer held various positions relating to planning and development at the Planning Authority, the Building Industry Consultative Council and relevant ministries.  Part 1 of this piece was uploaded yesterday. 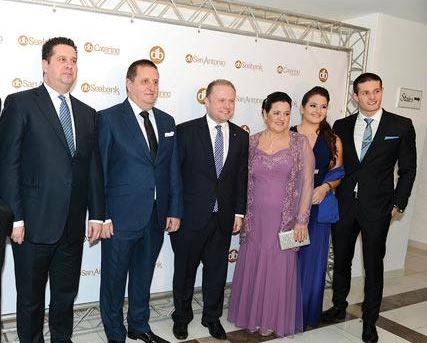 Decisions on investment, development and planning can be fairly complex. In the past I was involved in various public sector decisions on these and on other matters. For major decisions I had a minor role but I could still observe the dynamics how decisions were arrived to. In all cases decisions were taken over a period of weeks or even months, collecting relevant information, considering different options, consulting with stakeholders and considering the implications.

On Żonqor, however, our superman prime minister was able to give away a large area of public ODZ land in a meeting lasting just five minutes. In an agreement signed in May 2015, a non-existent American University of Malta belonging to Jordanian investors with no experience in tertiary education, received a whopping 90,000 square metres of Outside Development Zone land to develop ‘student dormitories’, an area equivalent to 18 football pitches.

The area was subsequently reduced to 31,000 square metres. Muscat was able to determine the location and extent of the area, the social implications for Marsascala, the environmental impacts, the trustworthiness of the investor and the feasibility of setting up a new university. All in a mere five minutes. And he actually boasted about it.

He also ignored the possibility that the then-Lands Department might have other ideas on how the land could be made use of. Above all Muscat ignored the golden rule that the allocation of public resources to the private sector should be done through a competitive process. Our superman prime minister ignored all that and committed the government with the most unreasonable, incomprehensible and damaging decision that any government could possibly take.

The Muscat government decided to build an underwater road tunnel to link Malta and Gozo.  When first made public it was claimed that the tunnel will be self-financing and that therefore the private sector would be interested in financing. That turned out to be pie in the sky. So many important questions remain unanswered.  Will the tunnel be safe? How much will the tunnel cost? How will it be paid for?  Will the benefits justify the cost? How will the inert waste generated from the tunnel be disposed of?  In spite of unanswered questions, the honourable Members of Parliament decided unanimously that the Gozo tunnel should go ahead.  It is very disappointing to see our elected representatives take such an important decision without reference to reliable information.

Conflicts of interest are openly tolerated by Muscat’s government.  This is a very serious matter.  To be effective, a planning system needs the trust of stakeholders and of the public.  A conflict of interest is a situation where a public official is in a position of giving advice or taking a decision that could potentially benefit him or her financially or in some other way.

There are at least three situations of conflict of interest, in the PA or the relevant ministry, that have not been declared.  The most blatant is that of Robert Musumeci.  He is adviser to the government on planning matters while also working as a private architect.  On one day, Musumeci drafts the legislation and policies which, on another day, he uses in his applications as a private architect.  It is worth noting that the Public Administration Act clearly spells out the relevant principles and calls on all public officers to act ethically and not to put themselves in a situation of conflict of interest. Anyone who thinks that this is a trivial matter should remember that the court nullified the ITS-DB permit on the grounds that one of the PA board members had a conflict of interest that was not declared.

For government-induced ‘greed’, we can also mention:

The list could go on and on. But without doubt the mother of all government-induced greed is the DB-ITS development at St. George’s.

Two government agencies were arm twisted by government politicians to give the developer what he wanted. The land given to the developer was not limited to the ITS site itself. It also included a car park and a landscaped area across the road. The developer got every square inch of public land that could possibly be handed over to him (including a stretch of public road!).

From a public interest perspective, there is no justifiable reason why this huge area of public land should be given away for private development of luxurious apartments. To make matters worse many allege that the land was given away at a price that is very advantageous to the developer. Maybe if PM Muscat really wanted to rein in developers’ greed he should, for starters, reverse this obscene give-away of public land.

Then there is the way the Planning Authority rolled out the red carpet for the ITS-DB development. I have been involved in the drafting and interpretation of planning policies and legislation for more than twenty years.  I reiterate what I wrote elsewhere; no matter what the various planning boards and PA officers may say, the proposed development of the ITS site is contrary to planning policy on many counts.

There are several strong valid reasons why it should have been refused (and why the new applications should also be refused).  What I found most baffling about the application is how the various boards ignored the shadowing impact on thousands of adjoining residents. A 150-metre long 17-storey building, together with a 40-storey tower, will cast hundreds of apartments into shadow for most of the year. This is clearly shown by the sun-path diagrams of the EIA. The PA board members have a responsibility to the public in general and to nearby residents. It is beyond shocking that, in its meeting, the PA board did not consider this, let alone use it as a reason for refusal.  I had always thought that a Labour government would seek to protect the weak and disadvantaged but in this case no government minister or MP spoke out against this obscenity.

There are Planning Authority employees who work conscientiously in the public interest. They are achieving positive results in spite of the government’s negative stance towards the environment. But they are fighting a losing battle against overwhelming odds.

The various obscene decisions and policies by the PA and the government are not just one-off mistakes or errors of judgment.  They are a pattern of governance that is insensitive to the needs of the environment and insensitive to the needs of people.  It is a governance with the malicious intent of satisfying developers’ greed, no matter the environmental and social impacts.

Previous:On 16 November, Protest in Valletta
Next:Is it not always better to know?