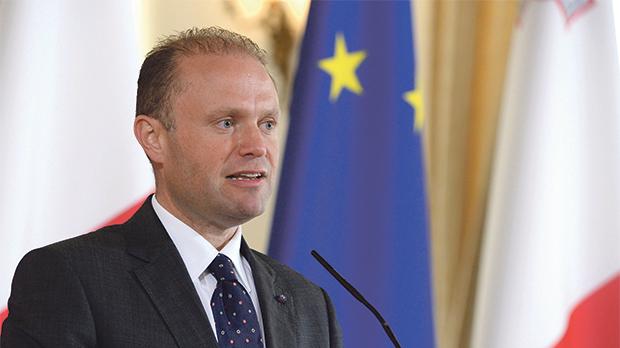 In spite of the fact that his misdeeds were conducted during his first term as President, Richard Nixon was resoundingly re-elected to a second term. The gnawing that the press had started at the pillars of his great edifice had proved, up to that point, harmless. Nixon reinvented the GOP, converted southern Democrats to the Republican Party for the first time, and reinvigorated and mobilised young voters. He seemed invincible as he celebrated his re-election. It boosted his confidence and that of his party.

But evidence of his perfidy kept mounting, and during his second term Nixon had to pay the ultimate political price: resign or be fired. He chose the former.

Gerald Ford, his loyal Vice President, perhaps eager to fill his shoes, perhaps still under his spell, promised to pardon him once he took over. He did so, and ensured his own stop-gap presidency was stillborn.

There has been much chipping at Joseph Muscat’s edifice in the past 18 months. When the Panama Papers investigation broke out, Muscat had to live down the fact that his closest aide habitually used international structures to dodge taxes from local business activities. Unlike any other head of government of any country without banana in its moniker, Muscat was forced to say he thought there was nothing wrong with that.

He also had to overlook the fact that the aide, Keith Schembri, and his choice for deputy leader of the party, Konrad Mizzi, set up offshore companies in a secretive jurisdiction within days of being elected to office.

He was also hamstrung by the need to ignore the elephant in the room; when a third company was said to be owned by someone “more important than” Mizzi and Schembri, it was generally presumed it belonged to the Prime Minister.

Muscat denied it. Until someone with nothing to gain actually stood up and said she had evidence it did belong to him. Then he denied it some more. “I am not a crook.”

It is a testament to his spectacular power that Muscat rode roughshod over all these serious allegations of corruption and was re-elected so resoundingly.

Six weeks after the election, thickly enveloped in the summer heat, the collective national temptation is to throw the heaps of evidence leaked in the months preceding the election down the memory hole. We all love fresh starts. We all like to turn the page, especially on one so dark and unsatisfying as the Panama chapter.

The energy many people felt in the weeks leading up to the election has dissipated, as they face up to the fact that the power they thought they had to force change has amounted to nothing. If Muscat is untouchable, why waste the mental energy of being angry at him?

This has had a remarkable effect on the political scene. Muscat’s aura has muted the Nationalist Party’s leadership campaign which, up to this point, has done anything but capture the imagination. It looks like it may well have intimidated people who would have otherwise ventured into campaigning for the role. And it has forced many to look on the actual candidates with a measure of knowing pity, the kind felt by those who witnessed Theseus walking into the labyrinth to save his girl from the horned giant.

In spite of the impact on the PN, Muscat’s impact on the Labour Party has not been as pristine as he would have liked. Better than anyone alive, Muscat knows how far the investigations into Panama, Egrant and Pilatus can go. He has done much to neutralise any proper investigation into his activities. He has manipulated appointments (the Police Commissioner is an example), intimidated incumbents (for example, coldly warning inquiring magistrate Aaron Bugeja on TV), mobilised alliances all over the constitutional framework (again the police chief, but also the Attorney General and his strategic influence on the anti-money laundering office) to protect himself, his power and his personal stake.

But Muscat is too smart not to have a fall-back plan. After all, not everything is within his control. If it were, the Panama Papers would never have been leaked. Sure, he’s on top of his world right now. The journalists that covered the Panama story so diligently are now weary and would rather be distracted by other stories. The Opposition party that held him to account is undergoing its deepest existential crisis since 1947. The zealous investigators at the Financial Intelligence Analysis Unit have been defenestrated. Who can stop him now?

I do not have an answer to that. Though there are some hints from surprising quarters.

Muscat made no secret of the fact that he wanted either Helena Dalli or Edward Scicluna as his deputy. His message, on the eve of the deputy leadership vote, about needing more women in politics, symbolically countersigned by another Dalli, was as subtle as a trumpet. Failing that, Scicluna – his mentor morphed into pupil – would have been an equally emollient back-up plan.

Chris Fearne is a nightmare scenario for Muscat. Unlike the other two candidates, not only is he proper leadership material, which makes him a very dangerous deputy, but he hungers for it, and when the right occasion arises, he will be found locked and loaded.

At the last election, Fearne presented himself as the rational foil to Muscat’s politi­cal minion: Konrad Mizzi. But, unlike Mizzi, Fearne has a political pedigree that stretches back a lifetime, a Labour supporter in sickness and in health. He also presents the image of a straight-talking welfare socialist, in contrast with Mizzi’s convoluted business-speak.

It would be a gross underestimation of the Labour Party delegates to assume they did not pick up Muscat’s signals. In fact, they have sent one back. They, too, understand that not everything is within Muscat’s control and they are hatching their own back-up plan.

Just as Macbeth before dinner, Muscat will now be sweating over whether his heir would pardon him if he is ever forced to consider Nixon’s choice.

Previous:Message to Myriam Dalli, Saviour Balzan and all the others whose scales are falling from their eyes: Come to tomorrow’s protest
Next:Josef Vella’s speech yesterday