You want to see what a damaged car looks like? 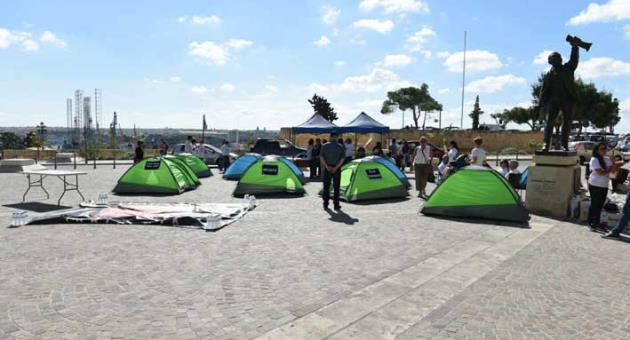 Remember when Joseph Muscat reacted to the first protest action by the women of Occupy Justice? They pitched tents outside his office in Castille and slept rough for a few nights. It wasn’t exactly the storming of the Bastille. There were no barbecued entrails and heads on spikes. But Labour went all mediaeval starting with Tony Zarb saying the women should have camped in a red-light district because of course women who protest must be whores.

But Joseph Muscat kept the best line for himself. ‘Daphne’s killing will explode in your face,’ he said. I still shudder at that.

Of course, it wasn’t the worst line this government took since Daphne was assassinated. There’s the line taken by then government spokesman Kurt Farrugia that Daphne was not assassinated because that would have political implications. Or the worst one of all that still makes the rounds: Daphne’s son killed her. He conspired with the bombers leaving the car outside for them and hid the evidence by disposing of his mother’s laptop. That has to be the worst one. Even after Yorgen Fenech’s arrest that line still goes around. That has to be the worst one.

Though they come in degrees of cruelty they all follow the same line that the government takes and that is that the government feels that those that are unhappiest about Daphne Caruana Galizia having been killed deserve some form of punishment and have it coming to them.

A couple of days ago Joseph Muscat said he’s impatient to say what he’s been suppressing for two years and he will be spilling the acid in his guts soon. That’s odd on so many levels. Is he saying Yorgen Fenech was a suspect two years ago? By all accounts he wasn’t.

Or is he finishing that speech from two years ago and somehow the fact that the state charges the man alleged to have bribed his chief assistant and his favourite star minister is going to “blow up in our faces”?

This is too perverse for words.

Look at how the government wants the story to be about what bad people protesters are. Of course, nobody in the rest of the world buys it. Photos of the blockade of Owen Bonnici’s car were carried by global news agencies and the feedback was relief that not all Maltese people are complacent zombies.

But the government wants to project this as some form of violent uprising. Consider this morning’s l-orizzont front page. 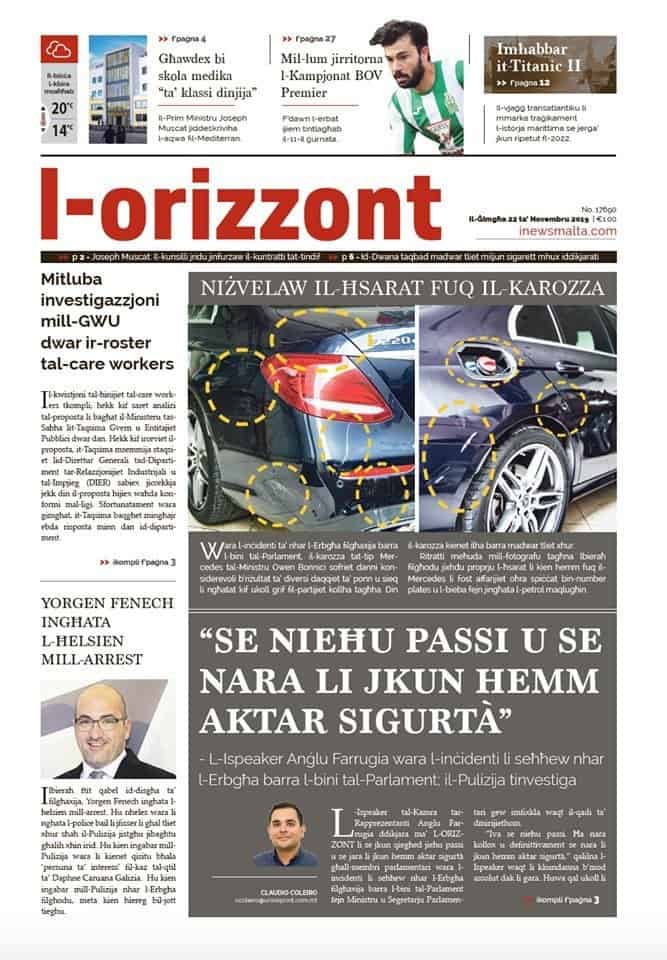 A smattering of details about the man accused of killing a journalist and a big story about how Owen Bonnici’s official car (the one we pay for) got scratched.

If it got scratched, he should be made to pay for the costs for his malicious decision to drive through a protesting crowd. If he’s out of pocket perhaps he could pay for the cost from all the flowers, candles and banners he stole over the past two years.

l-orizzont is shocked, shocked I tell you, at the damage suffered by Owen Bonnici’s limo. Anġlu Farrugia is positively apoplectic and he’s promising storm troopers to put things right. His attitude can best be described as adamantine.

Here’s the difference between rule of law and rule by laws. They use laws to bash the little guy for daring to speak up whipping us around with the little things. As Vicki Ann Cremona put it this morning when speaking to Times of Malta about tonight’s protest. “Owen Bonnici wants us to speak about the spittle on his car window but not on the blood on his cabinet colleagues’ hands. We won’t oblige.”

Here, let me do a favour to Owen Bonnici, to Anġlu Farrugia and to the courageous reporters at l-orizzont. Do you want to see what a damaged car really looks like? How about getting busy being angry about that for a change? 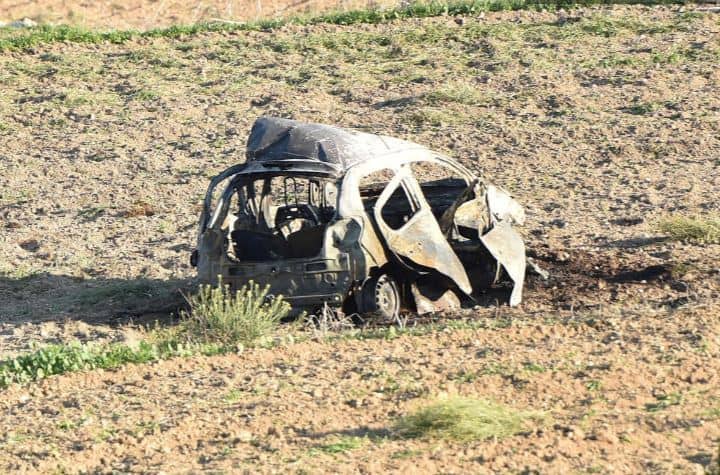