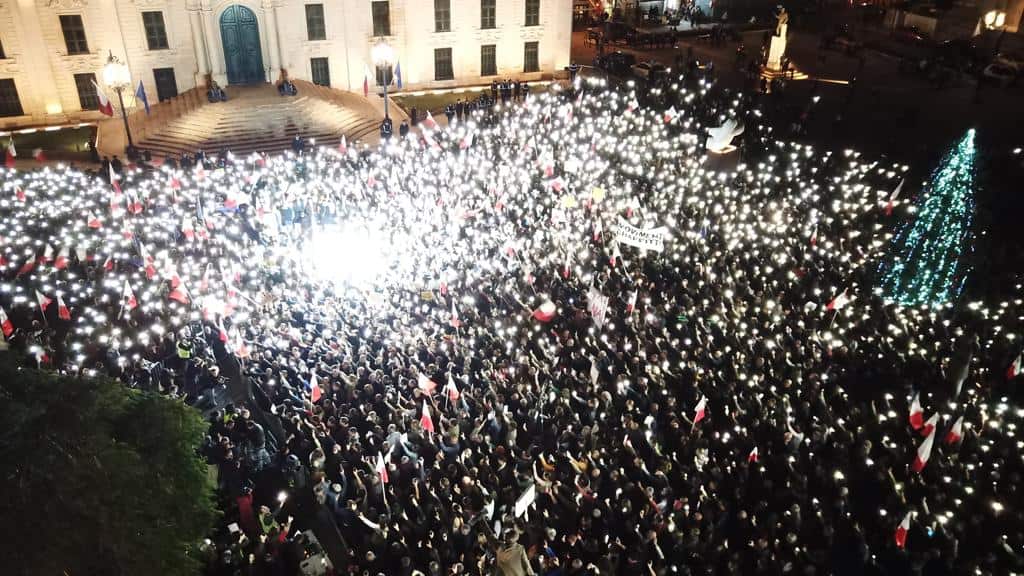 I used the same title when I wrote a front-page article for The Voice, which was the Malta university students’ newspaper, I believe in 1999 or 2000.  I was Editor-in-Chief then and believed I could change the world.  There was blatant corruption in the way top positions at the Junior College were being permanently occupied by the same dinosaurs and I was angry about it.

Students did not rally to the cause, they figured out that after two years they would be out of Junior College and it would be someone else’s problem.  I was left holding the can on my own and the College administration exacted vengeance and had its pound of flesh.

It is different this time.  Malta’s top investigative journalist and its bravest woman was taken out by assassins.  Snail-paced investigations  (which at their fastest moved at first gear or reverse gear speeds) have led – and not a moment too soon – to the doors of an incestuous criminal cabal whose lodge leads right to the desk of the country’s Prime Minister.

When Labour won the 2017 election with an even bigger majority after she lifted the lid on the cesspit that was (and still is) Malta’s Labour government, I told Daphne Caruana Galizia that there was no point in carrying on the fight against corruption.  It seemed to me then that the people simply did not want to know.  They did not care.  They seemed to figure out that it was someone else’s problem.

Not Daphne.  She went ‘away’ for some time and came back with even more energy and determination.

It is different this time.  Muscat can fool some of the people all the time (they will go to Fgura for Labour’s show of strength, clearly an attempt to intimidate, to show who get the bigger crowd).  Muscat can fool all the people some of the time.  The litany of nepotism, contract-fixing, shady deal-making, penny-pinching (never forget the Muscat family car leased to government in return for taxpayers’ money), cartel-oligarchy privilege, daylight pillaging of taxpayers coffers, abuse of power, political judicial appointments, bribery and money laundering, did not stir the masses.

The collective tribal psychology of Islanders is quite extraordinary – it is quite different.  I suspect that some distant genetic formulation allows the collective inexplicable toleration of impunity accorded to leaders, perhaps because Islanders needed to be protected from outsiders by their leaders and in return for that protection, they tolerated some level of financial abuse.  Labour has again abused and exploited that inexplicable tolerance but again, they have crossed the invisible line.  They have killed someone we all felt we knew.

Now that we have found the nation’s broom, we must sweep clean.  There must be no halfway house.  There must be no dust left un-swept under carpets.  We must get rid of anyone, anywhere who has abused their position and put us all at great risk and in grave danger.

We must slay the multi-headed beast of corruption that has spread its tentacles far and wide.

Muscat must go, the Prime Minister must resign, naturally.

Cardona must be sacked.

A new Prime Minister must remove the police commissioner and bring back John Rizzo to spring-clean the police force, dust down the shelved files and investigate and prosecute.

John Dalli must be investigated fully with no further delay.

All government contracts and deals since 2013 must be investigated by a cross-party Parliamentary Committee made up of MPs from all three parties in the house and a representative of the Green Party.

The oil scandal investigations must be reopened.

All government judicial appointments must be investigated and re-assessed.

The Attorney General must resign or be removed.

Brian Tonna and Karl Cini must be forced to turn state witnesses to spill all the beans.

The leader of the opposition, Adrian Delia, and all those who supported him within the party committees, parliamentary group and party bodies, must resign and honourably leave.  They allowed Delia to stay in place, Delia did not speak up against the litany of abuse and corruption, and contributed to the atmosphere of isolation which left Daphne on her own.  He has done too little, too late.

The opposition must announce that it has lost confidence in the Speaker and demand his resignation.  When Farrugia was removed from Labour deputy leader he threatened to spill the fourth-floor beans; clearly there had been wrong-doing which he was privy to.  He was bought off with a Speaker’s chair and his daughter was rewarded for her father’s silence.  They were both bought off with taxpayers’ money.  If he had not been corrupt and allowed himself to be corrupted by a corrupt Prime Minister, and had come out with the facts then, in 2013, the unholy Castile trinity would not have pillaged, raped and bled the country and Daphne would still be alive.

Malta demands and Malta deserves a decent man as future Labour Prime Minister, they must with no delay whatsoever, charge Giovanni Bonelli with chairing an enquiry into all planning applications granted by the planning authority and its associated boards, since 2013, and all expropriation orders granted since then.  Everyone and anyone who broke the law must be investigated.

This must be the end of this corrupt government and the beginning of a new era.  If we achieve this, we will have collectively vindicated Daphne’s lifetime work, and exorcised its present ugly soul.

Malta is facing a very dark future if the cancer is not excised from the whole body.  It must be surgically removed.

Malta’s economy, banking and financial services are in a very precarious position.  The banking system will collapse if the stain continues unwashed.  I know what I am saying and I say it with great responsibility – I have practiced in international financial services for over 17 years.

Malta’s reputation has dived and banks in Europe will not touch us with a bargepole.

If we do not slay the beast and cut off all its heads, it will come back, it will exact vengeance and it will want its pound of flesh.  There will not be another chance.