Where are the leaders? 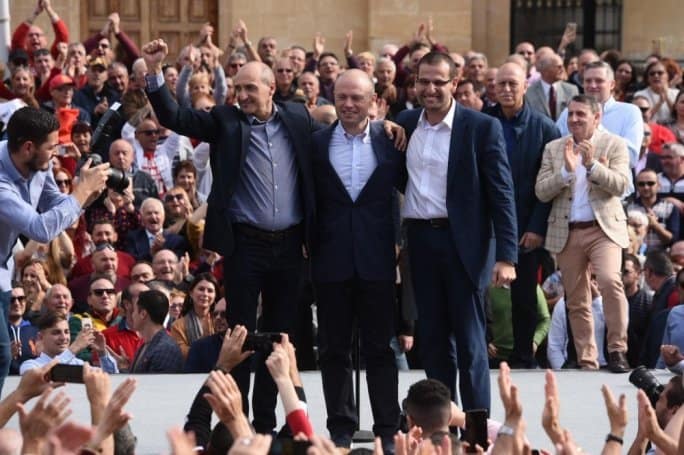 If there’s to be change, we must perceive the difference.

What the crooks have done to Malta over the past 6 years is a horrible crime against our history, the respect we used to enjoy in the rest of the world, our own self-awareness as a nation and a society ‘based on work’ rather than piracy and crime.

But what’s worse about all this is our behaviour as a nation when faced by these crooks. Our institutions failed to act and given a chance in an election in 2017 we confirmed them resoundingly.

I remember Daphne Caruana Galizia writing once that you’ll find corruption everywhere at every level. Corruption is not some symptom of a lower stage of human or social evolution. You do not progress out of corruption. You do not outgrow it.

But what’s particular about our case is that our attitude to corruption is corrupt. The June 2017 vote showed that as a nation we admire it and look up to it.

Now that we’ve seen the splatter of blood some of us are saying they no longer feel that way. And attitudes may change even more when the economic consequences of these crimes start being felt by those who believe themselves innocent of them.

But if you are only against corruption when you feel the pinch in your pocket you are not only short-sighted for not having realised sooner this would be the inevitable consequence, you are also corrupt enough to only have a problem with crime when you’re its victim. Otherwise you could not care less. Worse, as you perceive yourself as a beneficiary of crime (hence the l-aqwa żmien mantra) you positively supported it.

Why should we rub it in? Because if we do not confront the truths of the last six years, if we close both eyes not merely to the crimes committed by the leaders but also to the enthusiastic support of their followers, we’ll do nothing more than prepare ourselves for the next set of scandals.

The biggest ‘change’ so far that is a consequence of the corruption scandals that have rocked our country is the replacement of Joseph Muscat as prime minister. But it’s proving to be a change only in name.

Neither of the two candidates are distancing themselves from what happened over the last six years. One of them, Robert Abela, is even denying anything is amiss. Both candidates are trying hard not to acknowledge what anyone outside the bubble of the card-carrying Labour members might feel about the fact that their present party leader is corrupt and possibly much worse than that. Robert Abela is by and large more skilled than Chris Fearne at the callousness of indifference to the concerns of most of the country.

But though Chris Fearne occasionally lets slip that things are not quite normal, his campaign message is also crucially about keeping things as they are.

Outside Malta no other European political party owns a TV station. Are they all voiceless?

It’s not a voice that Chris Fearne wants for his party. It’s the ability to twist the truth, to package lies, to build up the illusion of the party’s infallibility and feeding it to sheep who feel nothing but gratitude for it.

Chris Fearne will not even countenance the notion that party TV stations are responsible for the tribal divisiveness in this country. That they have been perverted as tools by the corrupt to preserve their power and to win elections even as they were caught red handed. That they have been used to demonise and isolate Daphne Caruana Galizia to the point of justifying in the minds of many her killing.

If Chris Fearne cannot do that, then he provides no hope for real, material change. It is of course utterly pointless to turn to Robert Abela for any hope as his almost Freudian denial shows him to be nothing more than Joseph Muscat wearing one of those Mission Impossible masks and you can expect him to lift it off his head any minute to reveal a sniggering Joseph underneath.

Consider this short clip from Chris Fearne’s campaign event yesterday. The video is from before Chris Fearne even took the stage. The compere is making announcements to the Labour Party members in the audience.

One of the announcements is that the Minister brought with him his ‘customer care’ team that will listen to participants’ grievances. The message may be coded for people who go about their lives expecting politicians to just do their job. But it’s clearly understandable to those who work in the trade.

That small-time amorality of transactional politics that replaces a voter in a democracy with a consumer in a corrupt me-first society is the environment that allowed the amoral transactional politics that replaced a prime minister, a government minister, a prime minister’s chief of staff of a democracy with greedy, bloody scroungers.

You can’t show up to clean up our democracy – as Chris Fearne dimly sets out to do – if you are not able or willing to rise above the squalor of the clientelism and the transactional nature of our traditional politics.

Chris Fearne should look forward to his election as party leader and prime minister because he is capable of convincing his electors of real change. Instead he promises them more of the same.

He would privately say ‘the same’ is what his voters want.

It’s the same argument used by the Adrian Delia campaign for the leadership of the PN. He had argued the 2017 election showed that people did not want some puritan like Simon Busuttil but rather admired the corrupt because from the corrupt they might stand to gain something.

To borrow a phrase and twist it around a bit Adrian Delia did not want to break the wheel, he wanted to get on top of it. Robert Abela thinks he’s there already. Chris Fearne wants to be there.

The leaders blame their followers. But if you are incapable of leading people to places your followers did not even know about let alone wanted to go there in the first place, what sort of leader are you? What sort of faith have you instilled in your followers to trust you enough to go with you in a future they have not yet seen?

This is not leadership. This is jumping in front of a mob and hoping they’ll cheer you so you’ll have pictures to show your grandchildren. Even Joseph Muscat has many of those. But is he your example?

It would seem that he is.