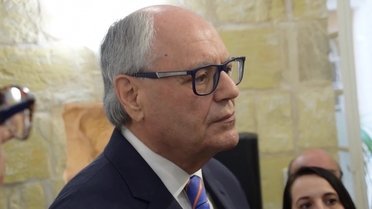 The Bank of Valletta did not take criticism very well. It took an indignant view of anyone interpreting its position as problematic and replied angrily to any warning that emerging signs put its future in doubt.

Its new CEO gave an interview to Times of Malta’s Jacob Borg and departed from his predecessor’s fudging. He says what we’ve long known: that Malta has become a high-risk jurisdiction that is seen with suspicion in the international trade.

The fortunes of Bank of Valletta are inseparable from Malta’s reputation, in as much as Malta’s economy cannot prosper if the Bank of Valletta falls. The two realities are inextricably linked.

The Bank of Valletta’s CEO testifies to the link between the country’s rotten reputation with its failure to secure a US dollar correspondent bank within the time frame his predecessor claimed would be child’s play to secure: by last December. The reason you can still transact through the BOV is that ING agreed to extend its deadline to shut down its relationship with the BOV by three months. The Bank of Valletta is living on borrowed time frantically seeking to reattach the umbilical cord snipped last year.

The government and the BOV had described the loss of correspondent banks as a mere and harmless shift in international realities. They claimed it had nothing to do with the political situation and with how these rubbed off on to the BOV. Joseph Muscat went as far as claiming that the BOV lost all its correspondent banks because it had been successful.

That anyone actually believed this barefaced lying is not a testament to Joseph Muscat’s lying skills. It is a testament to the irresponsible complicity of his ministers who left him there, first among them Edward Scicluna.

Edward Scicluna was supposed to be the safe pair of hands to guarantee financial responsibility even while Labour was in government. It was one of those boxes leader of opposition Joseph Muscat needed to tick before the 2013 election, assuring the tycoons who visited his raba’ sular that Labour would be “pro-business” and not repeat blunders like when Alfred Sant in 1997 replaced tried and tested fiscal infrastructure with what he imagined could work better instead.

Edward Scicluna was supposed to reassure us. Instead he let the country’s economy run on steroids in an over-heated, imaginary growth fuelled by unsustainable pops of economic drugs. Consider how the new CEO of BOV speaks about all the accounts they needed to shut down belonging to people who opened accounts after they bought a Maltese passport. A significant number of them did not pass BOV’s improved due diligence reviews even though, naturally, they had all passed due diligence reviews by Henley and Partners.

That was the economic miracle Edward Scicluna presided over: exposure to rotten money which not only did not improve the BOV’s position but made it worse by making it virtually untouchable first to Deutsche Bank and then to all the remaining correspondent banks it worked with.

When Deutsche Bank quit the BOV, Edward Scicluna and Joseph Muscat rushed to assure us that if we said we were being snubbed by international banks whose global reputation was horrible to begin with but thought it would be worse if they were found to have any contact with this country, we were being ‘negative’ and ‘partisan’ and ‘anti-Labour’.

When Pilatus Bank’s owner was arrested in the United States, Edward Scicluna stood tall in Parliament to criticise the fearmongers and remind us all, I suppose he imagined in a way that was reassuring, that Ali Sadr Hasheminejad was not arrested in connection with his Maltese bank’s activities.

Of course, he wasn’t. That’s because Edward Scicluna made sure financial regulators looked away.

When Satabank collapsed we were called fearmongers and flat earthers (remember that one, Martin Scicluna?) when we warned that the regulatory infrastructure in Malta had been weakened so much that this country would earn the reputation of untouchable.

Now we have it from the BOV’s CEO. In the trade they call it ‘high risk’. It has the same effect as untouchable: people just stay away and keep their money away.

The government spends money with credit rating agencies to drive up credit reports. But real investors hire their own banks, their own financial experts and consultants and their own brokers to make assessments for them. They look at Malta and find a country where the office of its prime minister hired assassins to kill a journalist uncovering their wrongdoing. How long do you think it will take them to look elsewhere on the globe where to put their money?

I don’t know if Edward Scicluna was one of those ministers anonymously quoted this morning on Malta Today expressing their shock and disgust that Joseph Muscat did not resign that December night when the police came to tell them Keith Schembri had been released from arrest.

Their shock is so hollow now. In the following days they did nothing to ensure Joseph Muscat did what they now say he was supposed to do – resign immediately. They supported him in unanimous confidence motions. They slandered protesters as urine and stone throwing enemies of the people minded only to provoke the retribution of the righteous.

But even if they actually forced out Joseph Muscat right then, they can never be believed they cared for anything but their own political survival even at the cost of the harm they caused the country in the process.

Edward Scicluna, finance minister then and now, allowed Malta’s economy to be smothered by his government’s corruption. He allowed policing institutions to collapse. He allowed the BOV to be exposed to dirty money from passport buyers. He forced the BOV to finance the Electrogas project that while placing the bank under enormous strain enabled the most corrupt deal in Malta’s history.