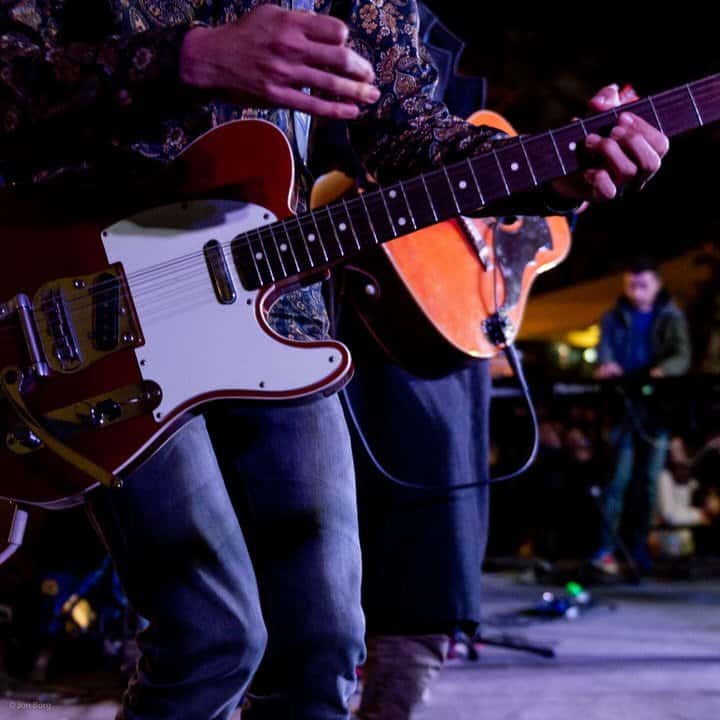 It is a fundamental of political discourse, especially in a close-minded tribalist society like ours, to justify burying one’s head in the sand (or justifying the antics of your own side, for that matter) by saying that “hey, they’re all the same, didn’t he do what you’re criticising the other guy for?”

Many of the excellent performers in last Sunday’s “Rock against Corruption” concert also felt the need to justify themselves by saying that they had originally spoken out when the Nationalists were in office, or words to that effect.

In their defence, they were tending more towards underlining the irony of their having been anti-PN corruption and now having to come out on the same lines against Joseph Muscat’s MLP, but there was the effect of giving some oxygen to the spine-less doctrine of equivalency.

Chris Fearne, PM-to-be hopeful, even if his hopes appear to be fading as we speak, gave oxygen to this doctrine. He said that if he is anointed PM, he will ask permission from the families of Karin Grech, Raymond Caruana and Daphne Caruana Galizia to visit their graves and pay his respects.

Let’s make no mistake about it: the murders of Karin Grech and Raymond Caruana were heinous crimes and they deserve the fullest respect, it should hardly need to be said. But these abominable crimes, while similar to each other in that both the young victims were the un-intended victims of the perpetrators, are not in any way equivalent to the assassination of Daphne Caruana Galizia.

She was the intended target and the means used were specific and precise, the perpetrators sending a very clear and chilling message.

Fearne’s linking all three together, when the only common factor was that the killings concerned occurred during a Labour administration, is craven and designed to appease the people to whom he is trying to appeal in order to get himself promoted.

He should be ashamed of himself and anyone who fell for his ploy, classifying him as an apparently reasonable sort, should reconsider. On the strength of this, it’s not lawyers who should be trusted as far as they can be thrown but self-serving politicians who think we’re all idiots.

On a different plane of activity, the Attorney-General, responding to the Leader of the Opposition’s call for his resignation after the Egrant Report was, in effect, released for publication, made the point that “God forbid I should resign over every case the Government loses”.

Superficially, this would not appear to be an unreasonable position to take, except that this case was not one where the A-G’s clients, the Government were found liable for having acted not in accordance with the law but one where he, himself, was in the wrong, and pretty damn badly too.

There is no equivalency here, either, and Dr Peter Grech should revisit both his lecture notes (basic law has remained the same since we were at Tal-Qroqq) and his position and determine whether it’s time to take his leave.

Joseph Muscat – soon to be ex-PM and already disgraced PM – through his trolls and minions, faced with the charge of accepting rather valuable (to put it mildly) time-pieces from Yorgen Fenech, has pointed out that there is precedent for accepting things that tell the time from businessmen.

He was, just in case you’ve forgotten, referring to former Minister Tonio Fenech’s error of judgement in accepting the gift of a replica old Maltese clock valued at the astronomical sum of a few hundred euro.

Yes, sure, that was dumb of Tonio Fenech, and he sure paid the price for it, but to compare this to receiving, from someone we now learn was under heavy suspicion, watches worth thousands upon thousands of euro is like comparing accepting a cup of coffee to being given a many-thousand euro’s worth of free holidays in, say, Dubai.

Stop treating us like idiots, please, we’re not the people who will be voting for MLP Leader.

The story can go on and on – mention corruption, and you get the trolls banging on about the corruption that used to happen in PN times. Yes, there was corruption, no-one ever said they were perfect, but the industrial scale corruption that is going on now fairly makes your eyes water. There is simply no comparison.

And at least, Lawrence Gonzi referred the Enemalta scandal to the police – for the last six years of governance under Muscat, the case has gone right off the radar and we have no idea what’s going on. And that’s leaving aside the epic scandal of Enemalta cooked up by Muscat’s cronies, of course.

Mention impunity, and the pardon given to “Żeppi l-Ħafi” is duly trotted out, usually by people who have no clue what they’re talking about but have been given their instructions by ‘Troll Central’. Incidentally, is it a sine qua non qualification that to be an MLP Troll, you have to have the IQ of a particularly stupid stone and the grammar and spelling of an utter moron?

I’ve been the subject of sum of this faux equivalency myself, though frankly, if that’s all they have on me, all I can say is “up yours, with bells on”. My idiocy with Twitter and Ira Losco is trotted out in defence to excuse Jason Micallef’s cowardly and bullying attack on Alexandra Alden, for all the world as if at the time I was some sort of senior Government functionary, rather than a bumbling oaf who deserved all he got. I’m also cited as being the recipient of never-ending ‘direct orders’, to which all I can say is, compare the amounts I received (they’re public knowledge, and not embarrassing to me at all) to the amounts that the MLP blue-eyed boys are receiving and tell me if there’s any equivalency there.

Leaving aside my personal interest in me, there’s another reason why there’s no equivalency here. Back in the day, and quite rightly, all information about the subject was released and made public. Today, journalists will tell you, it’s like getting blood out of a stone to be told how much the Abelas, the Mifsud Bonnicis, the Bondis and all the other favourites earn, because it’s commercially sensitive or some such balls.

Yes, there were things that should have been addressed back in the day, and Joseph Muscat was elected on a platform that they would be and that there would be no more corruption.

What an irony, as the musicians kept telling us on Sunday, that this platform has crumbled under the weight of the corruption, criminality and impunity that became the hall-mark of Muscat’s regime.