If they could write history

Chris Fearne wondered how his party could have its voice if its TV station was taken away. Rather than clawing back on his party’s control of the media landscape he declares he wants to expand its share. English language media have an “agenda against the Labour Party” he said. He explained to his audience that that is why journalists from all over the world think his government is shit.

I’ll just leave you with this clip here of the hagiographic bull-shit that Labour’s TV broadcast to glorify the days of Joseph Muscat and the “success” of his “movement”.

In the years of Joseph Muscat’s inspired governance something happened. They describe it as “a challenge that happens to any nation” and show universally recognisable footage of the arrest of George and Alfred Degiorgio at the Marsa potato shed.

In that flicker of footage, that’s how they represent the assassination of Daphne Caruana Galizia. It’s a bit like a documentary on George Bush Jr’s presidency showing a traffic jam in Brooklyn to skim over the World Trade Centre attacks. Except that George Bush’s chief of staff did not tip off Osama Bin Laden to help him avoid arrest. He didn’t lose his mobile half an hour before his arrest neither.

Now even the most hardened Labour supporter will quietly admit to themselves that the killing of Daphne Caruana Galizia was more than inconvenient for Joseph Muscat. They may not suspect he was involved in it. They may not suspect he tried to cover it up. They may not think he’s responsible for allowing it to happen. They may even think someone else did it to cause their beloved Joseph problems that led to his untimely resignation. But none of them will think it was not material.

An objective viewer would see the propagandist attempt to ignore and cover up the political impact of events they are aware of as an unintended admission that something is very wrong. It’s a bit like the excessive enthusiasm of the May Day celebrations in Kiev’s main square in 1986, just five days after Chernobyl’s Reactor Four exploded a hundred kilometres away. The effort to look like nothing is wrong is too much, too transparent, too obvious. 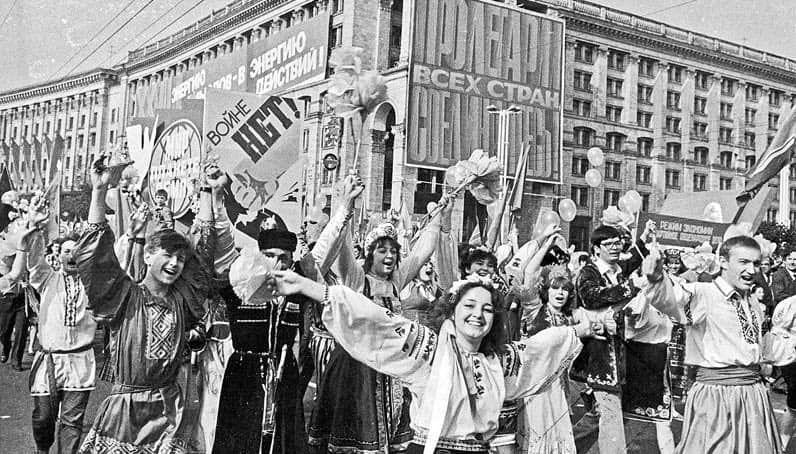 Propagandists working for political parties cannot help doing this. I am sure the makers of the hagiographic Joseph video could have technically done a perfectly good job of telling his story objectively if they were not working for him.

It is a compelling story indeed. He came as the great white hope of the Labour Party that spent thirty years in a padded cell under the unelectable leadership of Dom Mintoff post 1981, Karmenu Mifsud Bonnici and Alfred Sant. Labour Party supporters were driven mad by the taste of power in 1996, taken away from them so soon.

Joseph Muscat was a winner. He put forward a reform program on gay rights and marriage equality that would be remembered for generations. He decoupled Labour governments from the curse of economic misery. It looked like he could do no wrong.

But behind the façade of smiles and glory, the rot had started to set in from his very first week in office. No one knew of the Faustian pact he signed before taking office. No one knew that behind the scenes he was paying out with the passport scheme, the licensing of Pilatus Bank, the contracting of the Electrogas power-station. No one could see how his ‘assistant’ over-ruled him, closed deals in his name, made himself rich while holding everyone to ransom.

No one took account of the determination, ability and dogged staying power of one journalist working alone for whom there was no price. Only fire could silence her voice and yet when she died her stories spread wider.

Joseph Muscat was no longer feted as the socialist with a time travelling machine. European colleagues turned their backs on him. His ministers grew restless. Behind the smiles and the shows of unity the rot had turned to tumours. The blood that kept the corrupt body politic standing stopped flowing.

The great white hope of the Labour Party had become its greatest bane. The dogged determination of Daphne Caruana Galizia outlasted her life. She had put enough energy and fierce courage in her work to last for years after she could no longer add anything to it.

Truth ultimately defeated its greatest enemy. It was time for Faust to pay the bill. Mephistopheles is here collecting his dues and Joseph Muscat at last goes down in flames.

It would make a great documentary. And it would be god honest truth. But the Labour Party can never show it. Not because it doesn’t think it’s true but because recognising that truth opens up too many unanswerable questions.

Why can’t the communist party cancel the May Day march in Kiev five days after the Chernobyl meltdown? Because it does not have answers it can survive to the questions on What caused it? How dangerous is it? Can this happen again? Who approved the designs for this plant?

If the Labour Party were ever to be truthful about Joseph Muscat it would have to purge all those who supported him in government knowing full well what was going on.

Chris Fearne needs to control more of the media to cover that up. Or he’s toast.