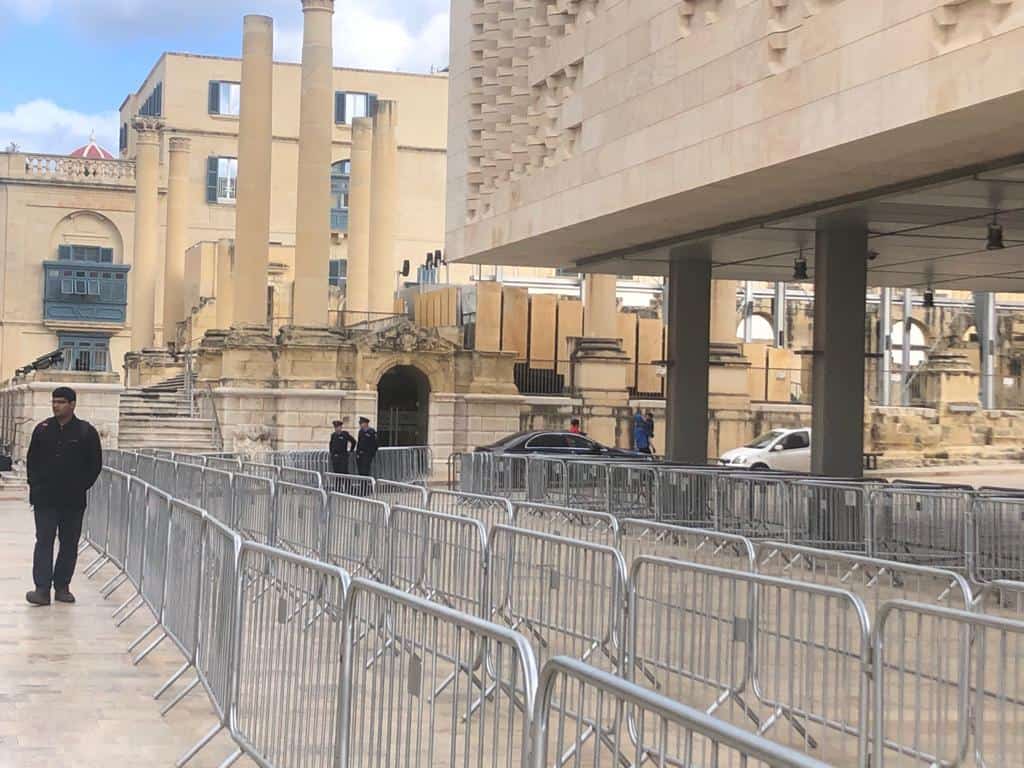 It is out of place for the prime minister of a democratic government to say when it is appropriate for a protest to occur and when it isn’t. This is really the crux of an important battle that has been fought here for some time and which shows no sign of abating. It is a battle in the greater war for free speech.

We continue to fail to understand and agree on the basic building blocks of democratic life.

The prime minister should understand that the only protests worth doing are the ones he doesn’t like. Protests that are approved by people in political authority are not protests at all. They are manifestations of the state’s power and influence.

Protests in the democratic sense of the word are expressions of disapproval of government policy. They happen in direct confrontation with the government.

So frankly it doesn’t matter what Robert Abela thinks about tonight’s protest. And his criticism of it is an intrusion on the fundamental freedoms of association and expression. By stopping short of sending tear gas or water cannons he is not protecting free speech. By saying he will allow the protest to happen he is not protecting free speech. He has no place speaking about the protest itself.

His job is to speak about the substance and the cause of the protest. Say, what he’s doing about the demands made by protesters. And if he intends to do nothing about their demands, why.

Robert Abela could have answered the journalist asking him to comment about tonight’s protest by explaining how and why he nominated Konrad Mizzi for the OSCE post. He could have explained what consequences the people who entered into the cushy contract with Konrad Mizzi at the tourism authority are facing. He could explain if Konrad Mizzi has renounced his rights under the contract to pursue any compensation for the early termination. If Konrad Mizzi’s terminal benefits have been frozen or retracted.

He could explain if the parliamentary group is discussing removing Konrad Mizzi. And Joseph Muscat.

Robert Abela is perfectly entitled to disagree with our demands. But he has no place saying when and how it is appropriate for us to express them.

Some people who protested with us last December think protesting today is “stupid”. They make the point that we should let the government make mistakes first and in any case it’s a new government so they need time to do the right thing before they’re judged by protesters. There’s a tactical argument to be made there.

But that was why people stayed away from protests for 25 months after Daphne was killed. They pointed to the arrest of the Degiorgios to say they were reassured “the institutions were working” and that at some point the truth would become known without the help of protesters.

Some of us, “stupidly” perhaps, impatiently certainly, did not wait. But it turned out that the government was not pursuing the truth. It was covering it up.

Robert Abela is not a messiah who just showed up from the heavens. He too waited for 25 months without demanding truth and justice. And even when the truth became known he never denounced Joseph Muscat or Konrad Mizzi. On the contrary last week, he was sitting in meetings with Joseph Muscat and nominating Konrad Mizzi for diplomatic missions.

This is why we must protest today. It may be tactically “stupid” to do so because many people are not quite as angry as we are.

But that’s another fundamental characteristic of protest that people often miss. Protesting is necessarily a minority view. If it was a majority view it would be expressed in an electoral campaign and implemented in official policy. A protest is needed when a minority needs to take to the street to make a point it cannot otherwise successfully put across by virtue of being a minority.

Indeed, it makes more sense to have a protest by a single person making a point than to have the rivers of flag waving hysteria political parties manage to mobilise sometimes.

Consider the protest at the Great Siege Memorial that was vandalised today. Again. The protest is not a claim on who owns the memorial. It is the expression of a protest by a minority. It exists precisely because the government does not approve of it. It exists because the majority disagree with what it says.

Our misunderstanding of free speech is not limited to the debate about the protest against corruption and for justice for Daphne.

Consider the recent debacle over the carnival float lampooning the archbishop about child abuse in a church institution. Like most people I found the ‘joke’ distasteful, unfair, reprehensible and – though I’m no expert – likely defamatory.

The archbishop was perfectly entitled to say why he was unhappy seeing the design. His spokesman was perfectly in order to mention that he was considering a libel court case. The outrage should have been predictable and was at least perfectly understandable.

But it was not for the minister – Jose’ Herrera in this case – to interfere to arrange for the carnival float to be withdrawn. You see the objection here is against this idea that the state can be an arbiter of opinion or good taste even when a very white consensus exists about how bad it is. It’s just not for the state to interfere except to protect the expression of views it disagrees with.

One can argue that the minister has a role because the organiser of the carnival is a state agency. Of course, that begs a number of questions itself. But if it is necessary for the state to organise cultural events one thing it must not do is regulate their content.

Why do I bring this in with the discussion about what Robert Abela said about tonight’s protest?

Because we tend to forget the general application of the constant peril of our fundamental rights. When we support a government minister for banning a carnival float that represents something we strongly disagree with, we empower the minister to ban what we want to say in contradiction with their views.

That is the democratic error of all those supporters of Owen Bonnici who egged him on for two years to censor the Daphne protest. They do not realise that free speech is the first right to go. And if it’s taken away from others, it’s being taken away from them.

And free speech, like peaceful assembly, is only useful if it is annoying. So sorry, not sorry, Robert Abela. It isn’t for you to say when it is our place to protest. We’re coming anyway.