Sent in by Spartacus. 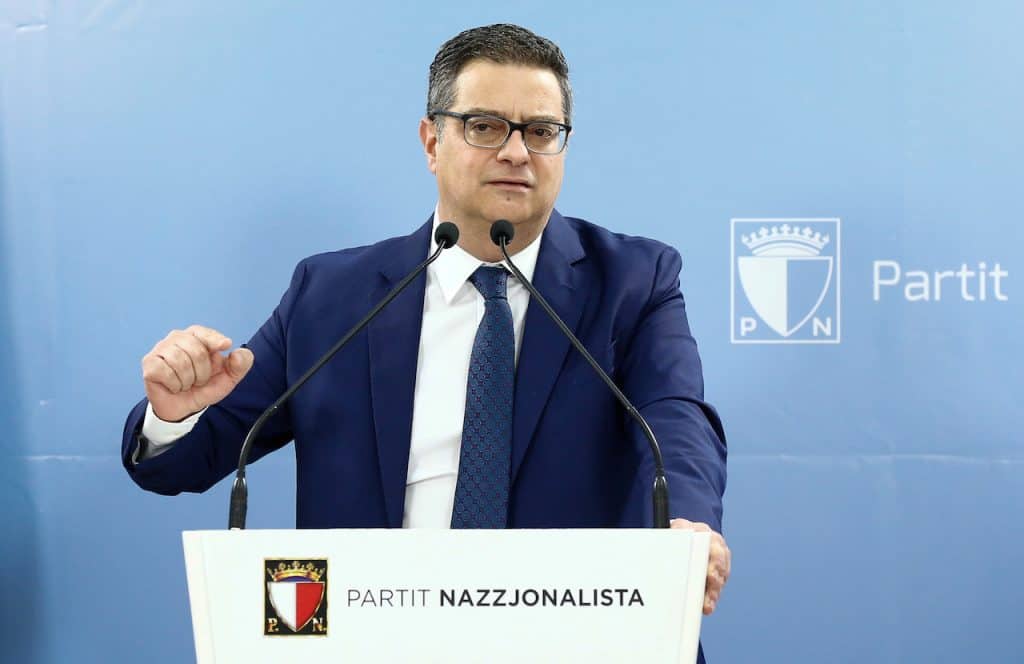 What Sidney Smith (a clergyman and author) said of George Canning after the latter became Prime Minister in 1827: “Canning in office is like a fly in amber. Nobody cares about the fly; the only question is: How the hell did he get there?”

(The reader is advised to substitute Adrian Delia for George Canning.)

A few months ago – in an open letter to Adrian Delia – I argued that his position as leader of the PN was not tenable anymore. I gave solid reasons for doing so. I shall not repeat them, but two of them will, eventually, haunt him all his life. One was his reference to Daphne Caruana Galizia as being a “biċċa blogger” (a petty blogger), while the other in dismissing Simon Busuttil with the demand coming from the then Prime Minister Joseph Muscat.

About the first one, the accolades showered on Mrs Caruana Galizia after her death clearly confirm that she was not a petty blogger but a world known blogger of paramount importance.

About Simon Busuttil, one can only infer that, after his appointment as Secretary General to the EPP, most realised that Adrian Delia not only shot his own foot. He shot his own head.

Now the pigeons (or chickens, whichever one prefers) have come home to roost. The consequences of Adrian Delia’s awful blunders are manifesting themselves to all and sundry. Every true Nationalist is praying for that moment when Adrian Delia announces his resignation.

Now is the time: (1) to pressure him with all force to resign; (2) for all the Nationalist MPs to recognize the fact that it is sacrosanct to safeguard the existence of this great party, a party that made Malta independent and a member of the EU; (3) for these MPs to be cognizant of the grave danger that they will be putting Malta in if the PN were to lose the next election by a greater margin than that of the last one – a frightening thought that can easily materialise with Adrian Delia at the helm of the PN; (4) and for MPs to realize that thousands of Nationalists will not go to vote – and this is a fact – unless there is a change in leadership.

Last time I entreated Adrian Delia to, in the name of God “Go.” Today, I implore him in the name of God, of Malta, of the PN, and all those who suffered and still are suffering by following the PN in the 70s and 80s, to choose an honourable resignation. If not, all that he can expect is a dishonourable discharge.

Previous:LONG READ: The bridge is crossed. Watch it burn.
Next:Not quite heroes yet