Not quite heroes yet 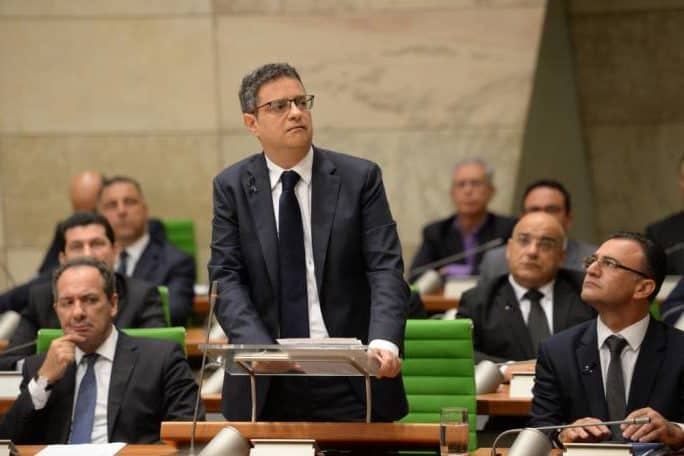 Someone who means well put up a collage of 17 members of the PN parliamentary group and labelled them “17 Blue Heroes”. They’ve been identified as the small majority in the group that has told Adrian Delia to pack his bags. As a snapshot of what happened the last time the PN’s parliamentary group met the image is not inaccurate. But as a representation of unshakeable heroic determination and courage it was more than a little bit premature.

So far, wavering MPs have gone as far as asking Adrian Delia to resign. Forcing him out is an altogether different leap which requires cohesion and the willingness to sustain friendly fire absorbing losses along the way.

One of the biggest residual strengths enjoyed by the “kap” of the PN is that he is not inhibited by concerns about vote-losses or electoral consequences when deciding how to act. Any political leader with a measure of responsibility would have resigned a long time ago when faced with a haemorrhage of votes at a time when an opposition party should be gaining them. By blaming others for not supporting him – as Robert Arrigo does in his poor excuse for a resignation letter – a failed leader achieves nothing.

The burden of uniting people around him and behind him, of setting an inspiring example, of designing a unifying program that party leaders, functionaries, supporters and voters fall behind is on the shoulders of the leader. If a leader fails to do that, they have failed at their job.

Instead Adrian Delia happily digs his heels impervious to the rupture this is cracking deep in the foundations of the party he calls his.

Robert Arrigo charged that members of the parliamentary group (presumably numbering less than 17) destroyed the party in the process of trying to unseat Adrian Delia. That is a very narrow view of what has been happening.

Robert Arrigo owned restaurants and hotels. Let’s say he employed a hotel manager who was hopeless at their job. Customers complained all the time and concerned travel agencies cancelled bookings and diverted their clients to other hotels. Firing the hotel manager would create a vacancy for a while, perhaps uncertainty amongst the staff members who got comfortable with them, maybe even risk a lawsuit from the manager who will argue they’re being unfairly dismissed given that they abided strictly by the terms of their contract.

But the hotel owner knows the choice is stark: go through the pain of firing the manager or lose the business altogether.

This situation is not dissimilar. The PN’s clients are not the party members. It’s the electorate that is cancelling its support for it in resounding numbers. The European Parliament elections confirmed that the polling trends are correct. And they’re going further down.

There’s no way this business is going to remain viable if Adrian Delia remains in charge.

And yet the combination of the exquisitely tender desire to survive by pusillanimous MPs and Adrian Delia’s visceral indifference to the consequences of his permanence has locked the party into a perpetual civil war that promises nothing but mutually assured destruction.

Consider how Stephen Spiteri rushed to clarify he is not one of the 17 who is “planning a coup”. To be fair when he did say at the parliamentary group that he agreed Adrian Delia should be considering his position people must have thought his decision was out of character. But having said that the stalemate can only be broken if people who held a position about Adrian Delia staying or leaving, switch sides one way or another.

For many of these crises over the past two years MPs hoped that by just telling Adrian Delia that reason demanded his resignation, he would resign of his own accord. Or at least he would realise he had no choice like George Borg Olivier did in 1977 or Joseph Muscat in 2019 when the only choice left to them was peaceful resignation on the one hand or on the other humiliation combined with a civil war in the party that they wish instead would glorify them after they leave.

Many still hope Adrian Delia would see sense. But that hope is not rewarded by anything Adrian Delia has said or done.