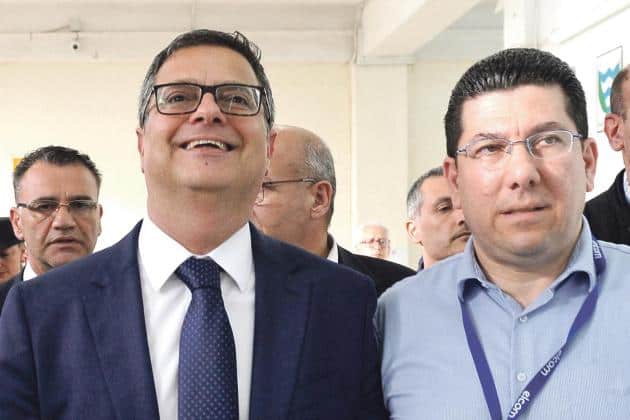 Adrian Delia’s press conference yesterday delivered cogent and compelling criticism of the government pushing forward the argument (and the knowledge of facts) about the hospitals scandal. The coverage in the press was considerable. The information that was published was pertinent, even damning. The subject was relevant.

And yet this morning, no one is talking about how the government took three public hospitals away from the people and handed them over to a bunch of crooks.

Instead, we’re talking about how Adrian Delia is a no hoper. There is no universe in which he can ever be prime minister and start to fix what he’s complaining about. Two-thirds of the people who voted for his party at the last election (a defeated minority to begin with) don’t trust him.

Some of them, depressingly, say they trust the new leader of the opposing party more than their own.

Conservatively, the PN now trails Labour by almost 80,000 votes. With a couple of exceptions of even darker doldrums, the inter-party gap is now at the widest it’s been since just after Adrian Delia took office as party leader.

If an election were held today Labour’s 7-seat lead in parliament could be converted to a 16-seat majority. The government would no longer need to ignore the constitution, it could wipe its arse in it. A huge chunk of existing PN MPs who appear to think of nothing more than their re-election would lose their seat to a Labour Party candidate. In place of a rubber stamp for the government, parliament becomes an audience of supporters.

Never mind what this means for the PN. This is a democratic catastrophe.

Here now is how the novelty factor should work. This Malta Today poll is the first since Robert Abela took office and he’s obviously enjoying some sort of statistical honeymoon with his party getting a boost in support and him riding on a wave of good will, exceeding even his predecessor’s stellar ratings. Remember when Adrian Delia took office as PN leader? It was a disaster. It still is.

The PN is waiting for the delayed arrival of Louis Galea’s reform program the promise of which saved Adrian Delia at the confidence vote he survived last year. In the meantime, senior party organs are reviewing reforms suggested by MP Claudio Grech, a breath of fresh air in a collapsed coal mine.

But no reform can compensate for the bad chemistry between Adrian Delia and the voting public. He is a bit like a cult metal band. His groupies love him very, very much. But most people think he’s shit.

The fact is Adrian Delia, on and off, has privately acknowledged he stands no chance and should make way for someone else. But that has started a pathetic, self-destructive fight for survival by people who understand they still enjoy any influence because the party leadership does not have the competence and ability to kick them out. Their own survival, such as they see it, depends on an equally powerless leadership replacing the present one.

The process of identifying “newcomers” and “outsiders” to the party leadership and to sell these people as rain to a parched desert is a repetition of what happened when Adrian Delia was brought in the scene and packaged as the new messiah.

People like Joe Giglio haven’t worked a day in politics. It is incredible that after the Adrian Delia calamity people still speak of an unknown quantity walking in from the cold as a good idea. It is the malaise of the compulsive gambler who is not persuaded by their repeated losses that it is unlikely they will recover all their costs with the next roll of the dice.

A candidate who has never been tested has short term advantages. They have never had to compromise and negotiate and persuade anyone in the political sphere. They never had the opportunity to annoy anyone, to push anyone aside, to say no to anyone. No one has had any reason to think they may not be such a great idea.

That makes them a shoe-in in a leadership campaign if the Adrian Delia experience is anything to go by.

Because Adrian Delia came from outside all they could judge was the way he carries a suit, his TV presence and his gift of the gab. No one could evaluate his work ethic, how he handles anger, how he manages alcohol, how he handles his wife and children, how he relates to work colleagues, how he deals with women at work, how industrious, sharp, strategic, compassionate, loyal, considerate and focused he is. People started evaluating those considerations after he was made party leader not before they gave him the job.

The lack of foresight was rewarded with a relationship between leader and voting public which just never took off.

In the meantime, the people on whom he depends for his continued presence in politics are rewarded with their own retention in positions for which they are entirely unqualified.

It is not surprising that these people are repeating a methodology that worked for them before. Get someone from outside that looks good, speaks well and has never had cause to annoy people eligible to choose the new leader. Get that someone to depend on you for their election. And stay in the restaurant deck until the ship sinks.

The primary function of a mass party like the PN is to seek to win elections to govern the country on the back of its political mission and electoral program. In ranking their own personal survival above this mission, these small-time ‘leaders’ are ensuring Labour remains the only viable government party.

And they’re doing the dirty work for it in converting our democracy into a one-party hegemony. Happy days.