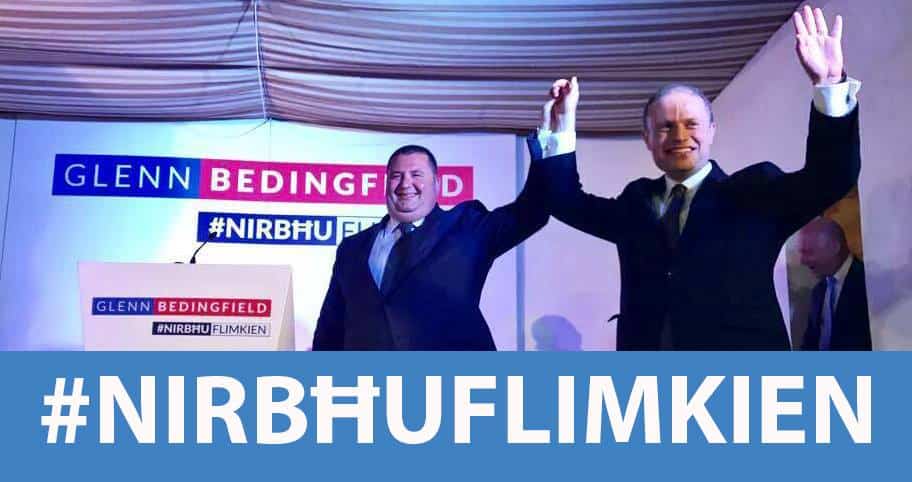 After the piss poor performance by the prime minister’s staffers, there is now a frantic scramble to discredit the public inquiry into the killing of Daphne Caruana Galizia.

Prominently there’s Alfred Sant’s Facebook post that works on the principle that ridicule is the best way to undermine any process that relies on seriousness, procedure and decorum. He compared the inquiry with the “Arabian Nights” because he disapproved of the board members pressing present and former OPM staffers to answer their questions.

He found the process ‘theatrical’ which suggests he wanted the process to be conducted behind closed doors. Of course, he did. Any effort to uncover the truth about the killing of Daphne Caruana Galizia makes the killers, their collaborators, their staffers and their propagandists look bad. That fact does not change when it turns out that the killers, collaborators, staffers and propagandists turn out to be people in politics and power.

Labour is used to condition the perception of reality according to convenience. Their convenience. They expect anything that causes embarrassment to them to be glossed over for the sake of an imaginary equivalency that justifies whatever they choose to do. They expect the inquiry not to put pressure on Glenn Bedingfield for his systematic, state-sponsored, disproportionate brutalisation and dehumanisation of Daphne Caruana Galizia. Because it makes Glenn Bedingfield look bad and he’s one of them. And Glenn Bedingfield is named her as a representative of an industry-level hatred campaign focused on a single individual of which he was an archangel, not the entire host.

There is nothing even about Daphne Caruana Galizia’s criticism of politicians and people in power and the conduct in her respect of the Labour Party and its bedfellows.

There are two ways of enforcing a balance on this utterly imbalanced reality. Both ways of re-writing history could be found yesterday in the comments pages of Malta Today.

When Daphne Caruana Galizia was among the very few writing about the basic rights of migrants and pushing for justice for the oppressed citizens of Libya, Katie Hopkins was accusing garden variety “brown people” of terrorism. That’s not to mention Daphne’s writings on environmental conservation and urban preservation in the face of the unbridled greed of developers and their clients. Or Daphne’s writings on unscrupulous and fraudulent banking, tax evasion and corruption. 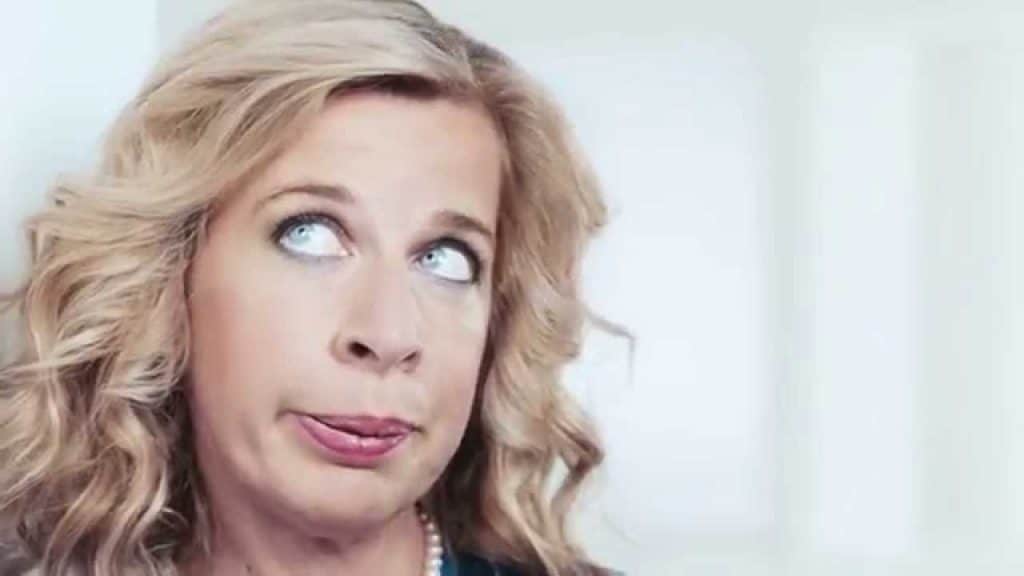 Katie Hopkins is what people like Josanne Cassar wanted Daphne Caruana Galizia to be. And what they need her to be now: a vain right-wing extremist, practically a cartoon figure. They need this because they fancy themselves belonging to the left when they have renounced those credentials through years of defending the libertarian, populist, money above all else policies of Joseph Muscat.

Josanne Cassar tries hard not to suggest that Daphne Caruana Galizia was so vile as she deserves to be killed. I’m not sure Josanne Cassar thinks Katie Hopkins deserves to die. But she clearly argues that the inquiry is misguided in trying to establish the consequences of Daphne’s demonization by trolls led by Labour Party politicians. Because her vilification “did not happen in a vacuum” she was effectively deserving of Glenn Bedingfield and the others’ response.

If one way to create an artificial equivalency between Daphne’s writings and the vilification from her detractors is to exaggerate what she wrote to make it match Glenn Bedingfield’s worst, the other way is to gloss over what her detractors wrote.

There’s something of a panic about that going on. Since last November Saviour Balzan has stepped into the light and openly admitted he was had by Keith Schembri’s long string of lies. Saviour Balzan worked for Joseph Muscat’s regime as much as Matthew Carbone did but unlike Matthew Carbone he has expressed remorse and distanced himself when the ship went down.

Take from that what you will.

But Saviour Balzan does not want to assume responsibility for the consequences of his collaboration with the criminals that stole our country. In order to make sure he is absolved he insists the public inquiry is wrong to ask how the constant demonization of Daphne in other people’s writings created the environment where killing her was possible.

Saviour Balzan practically invented the term ‘Queen of Bile’. There was plenty more where that came from. He’s worried now the public inquiry might rule that that sort of thing amounted to helping Daphne’s killers feel like no one would care if they killed her. As Yorgen Fenech was heard putting it in tapes taken from his accomplice Melvyn Theuma “there’s only some 4,000 iddisprati that care about her”. 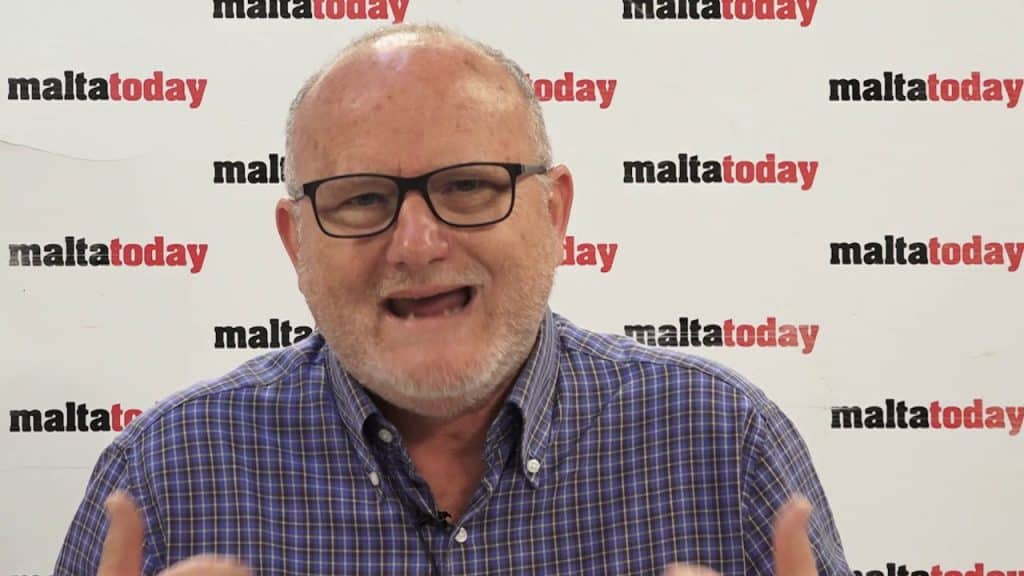 Saviour Balzan yesterday wrote “The murder of Caruana Galizia was not ‘facilitated’ in the arena of social media. Had that been the case, I for one would be culpable of having been such a critic of Caruana Galizia’s style and writing.”

You have said it.

The government spent two years resisting having a public inquiry. You can see why. These considerations would not come up in a trial where criminal culpability is being established. But these are important lessons for a country that does not want to go through the killing of another journalist.

But like Glenn Bedingfield, Matthew Carbone and the others, Alfred Sant, Josanne Cassar and Saviour Balzan refuse to learn some of those lessons. It is not enough to regret that Joseph Muscat managed to sell everyone a lie. We must also regret buying into that lie and repeating it. If we don’t this will happen again. Because there will always be another Joseph Muscat waiting to exploit our greedy gullibility.

There are many reasons Daphne was killed. Foremost is the fact that she was right. But from there comes the implied lesson that people like Saviour Balzan refused to see that Daphne was right and preferred to call her names over considering what she was saying. If he had not done so, she would be alive.

Previous:GUEST POST: The very ‘umble Robert Abela (Part 2)
Next:Corruption in the local film industry: firing the commissioner is not enough. Though it’s a start.