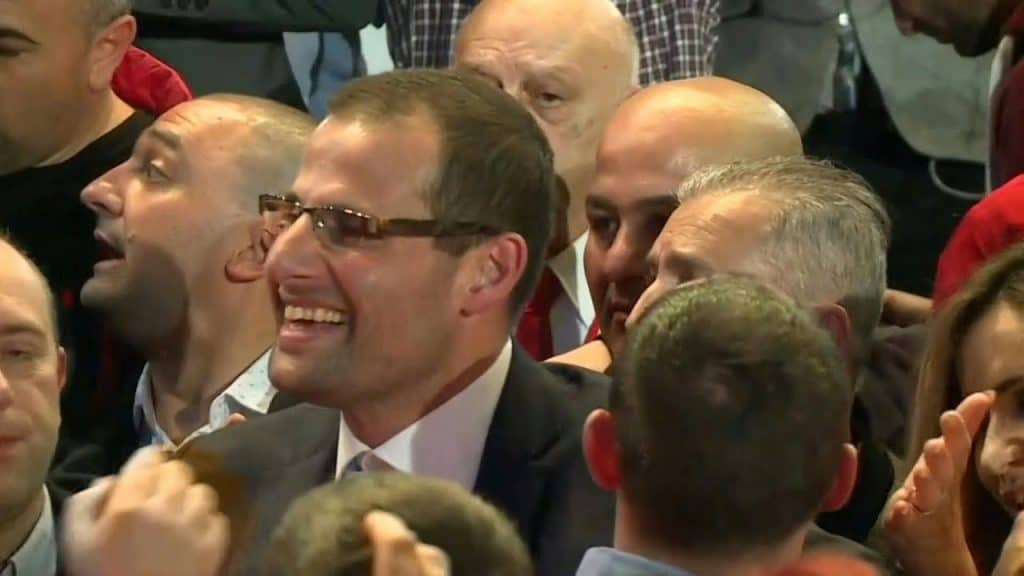 So, what are we to expect?

Undoubtedly, more of the same. We have seen the shameful humbuggery at the public enquiry of insolent quacks or so called “persons of trust”. These puny individuals strut around Al Capone style. They think they are accountable to no one but themselves and the leader of their clan. They are public officials who cannot but be accountable to the entire population as they are paid out of our taxes. In their partisan small minds, they represent only the Labour Party and by extension, the 46% of the population who voted for the Labour Party. That is the way of the Labour Party in government. Just like the Mintoff/Mifsud Bonnici tandem, Joseph Muscat governed just for the Labourites but he sniggered and stuck out his middle finger at the 60% who did not vote for Labour as he pissed on them. The indications are that Abela will do the same albeit in a most ‘umble way.

In the unique case of Malta with its flawed democracy and its flawed social political chemistry, only a two-thirds majority can ensure that selected senior public officials are representative of and accountable to as wide a swathe of the population as possible. It’s puerile of Abela to pooh pooh the opposition. When he does that, he is discounting the huge section of the population that oppose Labour irrespective of whether they support the PN or not. This majority despite their diverse affiliations or otherwise, is united in providing a check to the government’s absolute abuse of power. Abela speaks of deadlock with the opposition’s proposal for the appointment of the police commissioner. But there are many more opportunities for deadlock with his scheme. What if no one applies for this poisoned chalice? What if the only applicants are renowned Labour partisans? What if the public service commission (PSC) decides none of the applicants are suitable? What if the PSC narrow the short list to two candidates considered to be unsuitable by a large chunk of the population. What if the selected candidate is someone the parliamentary opposition would have objected to or have reservations about? At the end of the day, we’d have a commissioner who does not enjoy the widespread trust he should enjoy. The Labour government’s record of appointments in such posts is abysmal and it will be no different in Abela’s greasy hands.

Abela’s first test came with the police commissioner’s appointment and he has been found wanting. He has demonstrated deception, obstinacy and haughtiness. What we will have is another commissioner who is appointed autocratically by the prime minister but this is camouflaged as a convoluted democratic process. The new commissioner can’t be faulted for considering himself accountable to the prime minister and his government alone given that his appointment and future depend on the government of the day. Who will dare to investigate the government of the day with bull dog determination? Expect more sloppy policing, sham inquiries, whitewashing judgements, indefinitely stalled investigations and a glaring dearth of prosecutions when it comes down to investigating the big red elephant in Castille. The reservations of the opposition (and hence of the majority of the population including non-Labour voters and abstaining voters) are ignored as the final decision is in the arbitrary hands of the prime minister. A large segment of the population do not trust him despite his incessant sentimental self-promotion. The two-thirds majority ensures that the opposition’s consent is decisive for a successful appointment. It guarantees that the opposition’s views cannot be ignored. He’d be accountable not to the person of the prime minister but to the entire polarized political spectrum and that means something.

With a two-thirds majority, the prime minister essentially becomes irrelevant in the selection process. It’s true that traditionally the prime minister and his party select the police commissioner and other senior public figures. But it takes courage, vision, statesmanship and magnanimity for a prime minister and his party to break with tradition by relinquishing their absolute right in the selection process. These are traits that Abela’s Nationalist predecessors demonstrated when selecting his father as president and in the selection of the auditor general and ombudsman. The virtuous Abela apparently is not blessed with these virtues. Being his brainchild, his proposed selection process cannot but be superior to that proposed by the opposition. Labour is always right and everyone else is wrong.

Abela cynically uses the opposition to give a “democratic” veneer to his autocratic flawed governance initiative. No doubt, he will take the international bodies for a ride. Muscat did this with the passport scheme and the Electrogas contract so as to wrap the package up in an international “legitimacy” cover. But these international bodies do not have a visceral understanding of the unique local political chemistry. By default, they interpret Labour’s hoodwinking “tbażwir” in good faith. They are gentlemen who cannot but consider it natural that they are dealing with fellow gentlemen. They cannot countenance a unilateral breakdown of mutual trust when negotiating with the government of a supposedly first world country.

From Abela’s widely acclaimed inaugural speech, we get some idea of the projections of our lovestruck contradictory hero. Apart from promising everything and nothing, there were declarations of love aplenty. Apparently, his parent party is overflowing with love and respect. Never mind the devil’s pact of the Labour Party and the political cuckolds!

Abela’s love is such that he will not subject his true love to painful radical surgery. Let bygones be bygones and the past can take care of itself. In other words, the past will be tackled by past institutions which will be “reborn” under his tenure. There will be “discipline”, ostensibly that kind of discipline that is being demonstrated by his shameless public officials in the public inquiry. As long as there is self-discipline, the “mistakes” of the past will not be repeated. Everything will be fine. It’s as simple as that for him. Labour discipline is his concept of good governance.

Why is it that misbehaving public officials who are “disciplined” somehow continue popping up like bad pennies in other well-paid government posts? For him, attempting to dig up the dirty past is synonymous with the negativity of some opposition members and this scandalizes him. He reiterates that he must be allowed to govern (more likely proselytize) without being hampered by attempts to undo the past. His evident reluctance to decisively tackle the past head-on was noted by Pieter Omtzigt. It’s the future that counts for the progressive Abela because the unity he craves for can only be achieved by dismissing the murky past. Hand on heart, Abela promises justice, harmony and prosperity for all irrespective of political colour or race. I hope he had the Caruana Galizia family, the civil society NGOs and the African migrant workers in mind when he made that statement but don’t hold your breath.

And then he went on to reiterate another of Labour’s strange equations of love: Labour leader and party = Malta. Accordingly, Abela was horrified when the two Nationalist MEPs disrespectfully rebuffed his warm overture of love and forgiveness in the cause of unity. His righteousness was affronted when they refused to pose with him for a propagandistic photo shoot. Presumably, he wanted to extend his forgiveness for the “wrongs” they inflicted on the Labour Party, alias Malta. The probable quid pro quo was that henceforth they in turn, abandon their negative campaign against Labour’s hyper-corruption. After all, for him this is just a series of a few “mistakes” and unsubstantiated “allegations”. Moreover, the bad apples were discarded from the parliamentary barrel so all is fine now.

When it comes to repairing the reputation of the country, think of the anchoring runner in a relay race who messes up his lap and the baton exchange. The team is automatically disqualified. It’s useless for the subsequent runners to finish off the race in style and victory. In the local arena, that’s no problem as the Labour runners set the rules as they go along. Moreover, if the beloved prime minister explains to the voting population that the colour of purple is actually white, then white it is for the fawning masses. But in the international arena, rules are rules. Passionate appeals are turned down by the refereeing panel as the rules are the same for all. The victorious member of the relay team might have run a fine race but it doesn’t count. His victory was scuppered by his brother-in-love, with whom Abela exchanged hugs and many other gestures of affective adulation throughout his recent electoral campaign.

Karmenu Mifsud Bonnici’s tenure was a headlong depressing continuation of his immediate predecessor’s madcap policies. Abela’s fate will be no different. His legacy will be an extension of that of Joseph Muscat. He will not be able to shake it off. It is a legacy defined by institutionalized corruption and criminality, injustice, impunity for Labourites, widespread patronage and political discrimination, lowering of educational standards, criminally dishonest electioneering, collapse of the rule of law, poor governance, persecution of the independent press, poor international relations, eventual economic decline due to reckless overstimulation, increasing poverty and accelerated environmental destruction.

When things then go awry as they always do with Labour governments, the Maltese people – our children and grandchildren have to deal with the fallout. Labour continues to defend the indefensible. They never assume responsibility. Everyone is to blame but themselves. They assume victim status. They dismiss premeditated, ideological systemic malpractices as “innocent mistakes made in good faith”.

They indulge in dishonest historical revision and life goes on as always in feudal Malta.