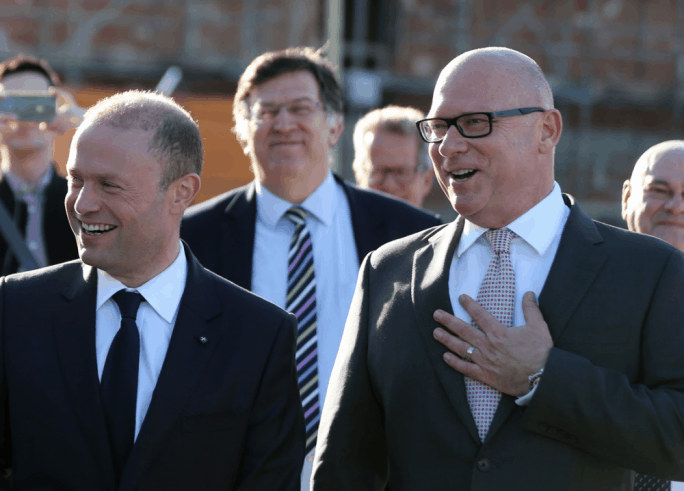 There is something surreal about The Times of Malta’s interview of this morning with Armin Ernst who runs the three formerly publicly owned hospitals that now belong to American subsidiary Steward Health Care.

The newspaper says he was reacting to a Malta Today report that reported that Steward’s predecessors Vitals Global Healthcare had massed debts of €36 million “with nothing to show for it.”

In the interview with Times of Malta Armin Ernst says VGH incurred losses of €9 million between 2015 and 2016 and this figure is expected to double for 2017, the year VGH exited and sold their concession to Steward.

Here’s the surreal bit. From the Times’ report: “Mr Ernst said that defining the exact use of all funds during that period was not possible due to the convoluted nature of VGH’s organisational structure and the lack of proper financial account.”

Armin Ernst is speaking of VGH as if they were people he did not know. But Armin Ernst was the CEO of VGH. He was the chief executive directly responsible for the convoluted nature of VGH’s organisational structure and the lack of proper financial account. If there’s anyone alive that should be in a position to explain what VGH was up to, then it’s Armin Ernst.

Here’s a Times of Malta report from November 2016 identifying Armin Ernst as CEO and head honcho at Vitals Global Healthcare.

And here’s a January 2018 Times of Malta report that shows Armin Ernst casually announcing on his LinkedIn profile that he’s switched from CEO of VGH to President of Steward Healthcare International. He transitioned smoothly from the bankrupt vendors of the three hospitals to its eager buyers.

This was what Health Minister Chris Fearne described at the time “as the real deal”.

But now Steward Healthcare appears to be arguing that the “real deal” is no longer sufficient and is lobbying the government to raise the fees paid to it. It appears that Steward has hired the services of former prime minister Joseph Muscat who lobbied the government on behalf of Steward barely a week after he had resigned its top job.

The incredible gall of Armin Ernst in his interview with the Times today does not end there. The spectacular losses incurred by VGH which according to him are hard to explain because of “lack of proper financial account” are, as he sees it, the government’s responsibility.

“It was the task of the supervising health authorities to ensure the proper use of public funds by the previous entity,” Armin Ernst says. “To be clear, Steward was not hired as a retroactive policing entity but to provide high quality healthcare to the people of Malta. Unfortunately, though, these losses are now part of the concession and need to be considered going forward,” he said

His point here appears to be that the fact the government must pay the concessionaire of the hospitals huge fees for them to run them does not transfer on VGH (and with the same logic, Steward) the obligation of spending the money responsibly.

Unwittingly he makes the strongest argument against the privatisation of hospitals. Armin Ernst has presided over massive over-spending by an organisation he ran beset by “a convoluted organisational structure and a lack of proper financial account”. Yet he gets to blame the government for allowing him to over-spend and to turn to the government to “consider” the losses incurred “going forward”.

That’s easily crackable code for ‘you must give us more money’.

This is where Times of Malta today points out Armin Ernst proclamation of becoming a virgin is a bit odd. From the report: “Asked about the due diligence Steward had undertaken prior to taking over the concession, Mr Ernst, who had previously worked for VGH before moving to Steward, conceded the company had been aware of some problems but said the US operator had no idea of the extent of the difficulties facing the project.”

Aware of some problems? Does that mean the CEO of VGH was unaware of other problems in the organisation he ran?

Why are we paying millions to these people?

State-employed public health managers with modest salaries and a commitment to the country for decades ran St Luke’s, Karin Grech and Gozo General Hospitals diligently, efficiently and at a fraction of the cost they now cost the public purse. We pay Armin Ernst an undisclosed amount. We paid him for the mess at VGH. And we’re paying him to ask us for more money to cover the cost of the mess he made at VGH.

In what way could this make sense?