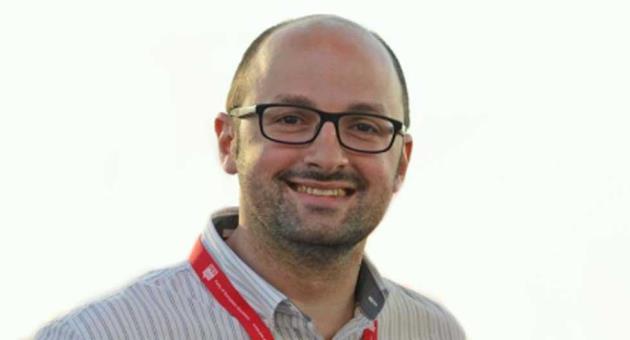 There’s no other way of calling it. Robert Abela’s spokesman Matthew Carbone yesterday was in utter contempt of the inquiry into the assassination of Daphne Caruana Galizia. He defied the inquiry board repeatedly. He answered their questions with statements that would have been proper responses to entirely different questions. He wheeled in Charlon Gouder to make a mockery of the proceedings.

Asked point blank whether his office ever told journalists asking for an interview with Joseph Muscat that they would get their interview if and only if they agree not to ask questions about Daphne Caruana Galizia he flatly said it didn’t. It did.

Asked why he approached protesters a week after Daphne Caruana Galizia was killed and took photos of them he said he was doing what “his journalist colleagues” were doing. Except that he wasn’t a journalist. He was Joseph Muscat’s deputy spokesman.

He dragged a very angry inquiry board through half an hour of haggling merely to allow himself to look at photos of the musclemen who locked up journalists in the Ambassadors’ Room of Castille the night of that marathon cabinet meeting. He did all he could to avoid answering questions about that night.

Another of Matthew Carbone’s gratuitous lies was that he and his colleagues were threatened or their safety was at risk because of civil society protests. He spoke of “assaults on Castille” which presumably he meant as a reference to the morning Moviment Graffitti protesters staged a morning sit-in in the reception area of the side entrance of Castille. In the “assault” no one and nothing was as much as scratched. But there it is.

They lie so much they forget their own lies.

Josef Caruana was also very forgetful on the stand. He denied helping spread the distraction right after Daphne Caruana Galizia was killed that her murder was related to fuel and drug smuggling.

Confronted with copies of his own tweets and Facebook posts (in English) he said he does not write anything but Maltese. He only retweeted or shared other Facebook posts he said, meaning or wanting to mean he did not originate the information.

But that was just it, wasn’t it? The message from Keith Schembri through his staffers and through Silvio Valletta at police headquarters was to divert the motive behind the murder away from any political implication.

Within hours of the killing Rai and La Repubblica were reporting links to drugs and fuel smuggling. The stories were then quoted in the local press and “re-tweeted” and “shared” by government spokesmen like Josef Caruana quoting a respected source they had manipulated in the first place.

Josef Caruana says he is not responsible for posts he shares on his social media. But indeed, he is. He is a staffer of the prime minister. He is a source of authority and people have a right to rely on what their government tells them.

Josef Caruana may say “I’m not a public officer” all he likes. But he is a senior staffer in the prime minister’s office. He uses that to appear as a reliable source. He speaks for the government even when he claims he does not. His lies are the government’s lies. His lies are official lies.

Josef Caruana then expressed regret for causing embarrassment to his prime minister. But there was no regret for the slander he had already spread.

The injured parties were there in the room yesterday. There were Peter Caruana Galizia, his son Matthew and his sister-in-law Corinne Vella. Josef Caruana could have turned to them and said he was sorry to have suggested they killed their wife, mother and sister.

Instead, when challenged about an article he had written calling for the “elimination” of a hitlist of journalists topped by Daphne Caruana Galizia he stood by his call because these people “harmed the government”.

This is utter contempt for the process of an independent inquiry. These people are passing on the opportunity of being truthful, of confronting their errors, of taking on whatever share of responsibility they have had in the assassination of a journalist and the impunity of those more directly responsible.

By mobilising their own attorney – Charlon Gouder – they sought to scupper the inquiring nature of the process and turn it into an adversarial debate. In other words, they sought to prevent the pursuit of truth by answering the questions asked by the board and instead they sought to present an alternative reality in which they are victims.

God only knows what we’ll see when Neville Gafà takes the stand on Wednesday.

Matthew Carbone sought to refuse to answer questions by the board when he had no fear of incriminating himself. He was asked to identify bullies inside Castille which would not have amounted to a crime on his part. And yet he is too deeply set in the corruption of the office he is part of to collaborate with an independent inquiry even to that extent. Fear of arrest for defying the inquiry’s sapeona is what got him to speak.

How would Konrad Mizzi behave in front of this inquiry? Keith Schembri? Chris Cardona? Joseph Muscat?

That is a mystery to me. Robert Abela did not have to adopt the baggage of these collaborators with the criminal regime that came before him. Staffers of a resigning prime minister should have no expectation that the next prime minister would retain them. It just does not happen.

When Lawrence Gonzi took over from Eddie Fenech Adami he brought in his own team and the old team gracefully looked for other jobs. And there was no suggestion that Eddie Fenech Adami’s staff had anything on their conscience.