From the frying pan 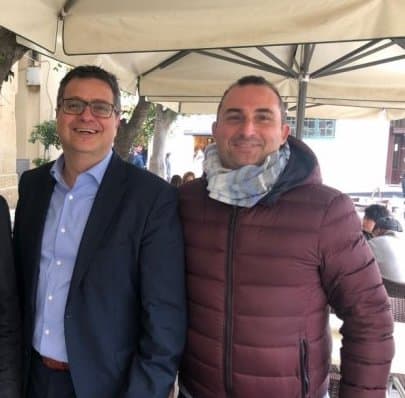 Adrian Delia issued a statement saying that all candidates for the leadership of the PN should submit themselves to a thorough due diligence process. Including himself. He seems to have been reacting to an appeal made to the party – quite likely also initiated by him – for the requirement to have him go through due diligence to be waived.

It’s a funny game he plays.

His statement doesn’t really say much. It says the rule about due diligence should be applied, to everyone. He invites the classic vernacular retort, ‘mur obsor’. The leader, or any candidate for the post of leader, has no discretion on whether the test is applied or not. There would not be much point for that, would there be?

Adrian Delia sounds like a mortgage applicant telling his bank manager he won’t mind if the bank checks his payslips for proof of income. Mur obsor.

Not idly does Adrian Delia speak out of it. He sounds like he has the due diligence exercise stitched right up. The man is perfectly capable of turning a negative report into his affairs into a victory. When three years ago a due diligence committee said they were not satisfied with his answers, he portrayed the authors of that report as hangovers from the old order of the party, meaning he was perfectly justified to run anyway. And also meaning that anyone wanting change in the PN needed to vote for Adrian Delia precisely because they said he should not run.

Imagine what he’d do if a more cooperative due diligence committee absolves him and clears his name.

Adrian Delia is getting ready to play Joseph Muscat’s role the day the Egrant summary came out. He’ll pity himself very publicly as a report concludes that the committee was unable to verify whether he cashed money for a London prostitution ring, whether he entertained an offer of a bribe to choose an MEP candidate over another, whether he used the Nationalist Party headquarters as his own sleeping quarters, whether he’s the subject of criminal inquiries, whether his finances add up to make it reasonably unlikely for him to seek illegal compensation and on and on and on.

They will say they could not prove it. He will say they said they proved he did not do any of it. Just last week he said David Casa’s court testimony “proved” he did not discuss with Yorgen Fenech a bribe to eliminate Casa from the MEP race. When of course that testimony said exactly the opposite.

Adrian Delia can still win the leadership election. He can’t win it fairly, so he’ll play any other card.

I’m not inside his head. I’m not inside Franco Debono’s head either. Frankly those must be the last two places in the universe I’d want to be in for very long. I say this because I can never be sure of people’s intentions. I can only assess the consequences of their behaviour.

Franco Debono’s emergence these last few days, saying that hundreds are urging him to run for the PN’s leadership is, apart from being a mad twist to a mad plot, of great benefit to Adrian Delia.

In spite of the insanity of the hundreds who seem to think this country needs someone as unstable, unpredictable, unproductive and utterly unable to feel anything that happens outside of himself as Franco Debono, not many of those urging him to contest the leadership actually have a say when it comes to the vote.

Franco Debono seems to be stepping comfortably into Frank Portelli’s 2017 shoes. He is the more extreme version of Adrian Delia: less qualified, less appealing, less electable, less unifying, less inspiring, just generally less. That’s all Adrian Delia can hope for right now. Surely this leadership campaign cannot be about how great Adrian Delia is, how refreshing his new way is and what new successes he can bring to the party’s future. That ship has long sailed.

This campaign will be themed: “Vote Adrian Delia: you could do worse”. With Franco Debono in play, Adrian Delia will not look quite so devastatingly terminal any more. In his case the line ‘better the devil you know’ would not even quite apply, because we happen to know Franco Debono and he makes Adrian Delia look like Bertrand Russell.

I cannot swear to the intentions, but this also looks like a card being played by Adrian Delia.

I don’t blame him. I don’t criticise him for it. It’s bad enough we have an exceptional situation where a thrice-mistrusted leader still thinks he’s a legitimate candidate for the post he’s been deposed from. If he’s going to run, he’ll use all tricks he can think of, no doubt of it.

Ultimately now, as he often said, the party members will decide. Whatever the due diligence committee says, whichever other candidates offer to replace him, however insane and ineligible they may be, it will be up to the party members to decide.

If only party members remember what their job really is here. This is not an indulgence of their prejudices, their likes and dislikes, their personal vendettas and gripes, and the sense of naughty excitement of spicing up the boring spectacle of Maltese politics by electing the red-arsed baboon to the job of circus ring master. Their job is to offer the Maltese electorate a viable, alternative government and an alternative prime minister the public could find it in itself to trust their country, their future and the education of their children to.

The notion of trusting Franco Debono with your phone as he takes a photo of you from three feet away is inconceivable. But never mind that. No one is serious about the Franco Debono prospect, except perhaps Franco Debono.

Would you trust Adrian Delia with your couch? He’ll crash on it. He’ll bring his girlfriend to stretch out on it. He’ll text Yorgen Fenech from it. He’ll put it up as collateral to pay an outstanding bill for whatever he drunk, snorted or shagged on it months before he over-stayed the welcome of your original invitation to him drawn out of pity.

No wonder Robert Abela is happy stretching out his new big boat while we infect each other of Covid worrying about black teenage men and men-children fighting over the Nationalist Party.