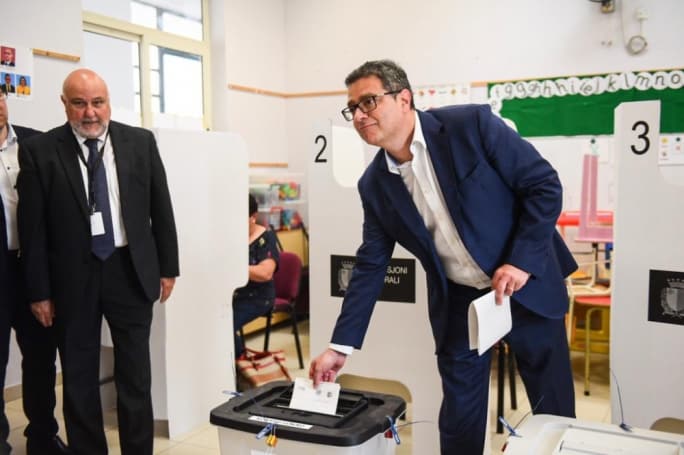 Time of essence. I humbly just ask the reader to focus and draw their own conclusions from what the following would aspire to convey. The individual’s personal thinking is much more relevant that one’s reading itself.

On a number of occasions, I had through literature concluded that the current impasse of the Partit Nazzjonalista is not the issue of leadership but of power itself and of its manifestation of absolutism. This needs to be construed in terms of the imperative notions, developed post World War II particularly through the ideology of the Christian Democratic tenet of a “popular autonomy” that called on governments and opposition parties to respect and comply with the desires, aspirations and eventual evolutions of peoples in a society.

Adrian Delia himself and his “today’s” small itinerant team is nothing but a representation of a displaced thinking when leadership comes into question.

Recalling Adrian Delia’s blunders and leadership weaknesses since the launch of his mob-campaign for the party leadership, his incapacity to deal with opposition from within the party and from society, his resorting to rally around him a mediocre team of people who possibly bore grudges against what Adrian Delia calls the institution, his outright sideling of people who could possibly not share his workings, including eminent journalists who dare contest his censorship, his threats and commands for people to resign party positions or the proffering of disciplinary actions, and as of yesterday his weak attempts to re-enact speeches already heard from a former disgraced prime minister complemented with watery eyes, is but the epitaph of a failed man.

What is pitiful is the fact that a number of affable, well-meaning and oft well-educated political actors have opted to join the cohorts of a distraught leader. Such people may have their own agenda and hence their reasons to rally around Adrian Delia. Some have stuck to this infected team seeking absolute power given their loyalty to the party.

One example, and I sincerely apologise mentioning him by name but I would consider him as a welcome friend, is Carm Mifsud Bonnici – affable, intelligent, well read, and a good thinker. Carm is now asking for all party adherents and officials to just obliterate from their minds any thinking that is different to what the Kap pronounces or actuates. This on the premise that irrespective of his own past experiences he continued to obey the Kap.

This is not on. This goes contrary to the concept of liberal democracy as practiced in a free society, at home and in a circle of friends or work colleagues. Leaders of parties, this is the practice in most EU countries, do not enjoy absolute power. Parties would have a leader of the Extra-parliamentary Party Organisation and a Leader of the Party Parliamentary Group who may be the leader of the party. Such parties would provide for an overlapping decision-making process where leadership is shared. The party organisation would act as a watchdog on the parliamentary group. Notions to gradually introduce such concepts in the PN during the party reform were trashed by Adrian Delia and possibly misunderstood by others.

The concept of powerful leadership, where all that the leader says and fantasises, even if illogical, even if veering towards illegitimacy, even if it is like one selling his soul for personal agenda must be obeyed is reminiscent of the Fabian Society creed. This is an insult to whoever could profess himself as a believer in liberal democracy and particularly in Christian Democracy whose mission has since its nascent days been to establish and explore practical and pragmatic pathways towards mitigating diverse thinking and accommodating individuals and societal groups with different thinking, different aspirations and different cultural and religious affinities.

In today’s evolving societies, in these times of deep materialism and secularism, and today when inequalities have been interred in the tomb of obsolete vocabulary, a party and a society, together and in mutual understanding, that draws its inspiration from any religious heritage as a dialogue with faith. Pope Francis describes Christians’ participation in politics as an act of charity and a dialogue with faith. Political activity he says could be like martyrdom.

Carm and his disillusioned team, displaying acts of heroism, who up to some time ago believed themselves to be Christian Democrats reminds one of the German philosopher Martin Heidegger, who initially was lured by the Nazi movement only to later discover that the result was not what he was keen on giving a hand to materialise. He rebelled and was displaced to a remote university. Like in fascist Italy when academics, professionals and the like were forced to take an oath of loyalty to the Duce. Failing which they were relocated to a “vileggiatura” in some remote countryside. The team need to use the secrecy of their vote to end this martyrdom.

Individuals who are keen on promoting the confirmation of Delia have resorted to canvassing during interviews, on blogs and opinion articles and social media, allege that the heroism of the Group-19 plus is being financed by foreign donors. Assessing the level of campaigning that the Group and their followers are conducting clearly disproves these allegations. Is the group canvassing and targeting specialised advertising on newspapers? Is the Group-19 recruiting and remunerating these call “trolls” to brainwash those who read but fail to think? Has the Group bought airtime on NET TV?

Certainly, this is not the case. But it is utterly insulting for Adrian Delia to feel comfortable and not to distance himself from the conspicuous propaganda of support that he is receiving from the party in government and its speakers. It is insulting, if truthful, if he unwisely acceded to a meeting with the head of government in such delicate times. He and his team are being held personally responsible for their acts. But while the leadership tends to be hysterical, the Group-19 is cautious in its discourse during such a trying time. Yesterday’s Council addresses by Adrian Delia and the President of MŻPN proves this. But Adrian Delia can rest assured that there shall be no retribution. No one shall ask for the pound of flesh.

Adrian Delia would just go down in the history of the party as a historic failure.