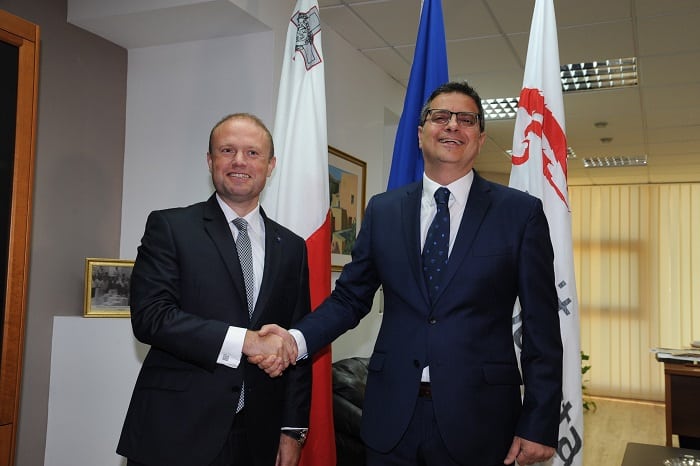 “Every nation deserves the government they have” — Joseph de Maistre.

For the Maltese, democracy means that they can vote every five years. They cast their vote on election day and then go on about their lives as usual until the next election and in between they do nothing more than perhaps moan with their family and friends about the worthless so-and-so in office.

During the 2013 electoral campaign, Joseph Muscat, with his sweet talk and promises, managed to convince people to believe him. He convinced the first-time voters, the housewives and those in precarious employment. Muscat also bluffed his way through with those who were feeling disenchanted with the previous Nationalist administration.

He promised meritocracy, transparency and accountability so no one would have to beg a politician to get what one deserves. He promised that Malta will be one family, Labourites and Nationalists together, and, under a Labour government, the future will mean unity.

Joseph Muscat and his Party’s electoral manifesto promised a just society as one where everybody will be given the opportunity to advance. For Labour, a just society only applies to friends of friends, a minister’s wife who received €13,000 monthly, ‘friendly’ consultants appointed and paid handsomely. Those who from the Labour billboards ended up on company boards, the friends and relatives of ministers who have been given jobs. A singer was even paid €20,000 a year for three years to ‘find’ a garage where bands could practice.

The promise of more accountability and transparency has changed to less transparency and no accountability. Cases of lack of transparency include the agreements with Henley and Partners, Shanghai Electric, Vitals and Electrogas. Then there were the petty ones like Australia Hall, Cafe Premier, the Old Mint Street / Gaffarena saga and the alleged corruption at the Foundation for Tomorrow Schools.

After four years of Labour, the battle cry of ‘Malta belongs to all of us’ (Malta tagħna lkoll) has totally disappeared. Malta has been turned into a country belonging only to Labour. Notwithstanding the promise of meritocracy and “what one knows is more important than who one knows,” appointments are given without considering the competence or merit of those appointed. The cases are too many to cite.

With all this, the majority of the Maltese re-elected Joseph Muscat to power in 2017. The results are all there for all to see. Malta, instead of being the best in Europe, has become Europe’s most corrupt country. An investigative journalist was assassinated. Joseph Muscat was crowned the most corrupt person in the world. We now know the collusion between corrupt ministers, government employees and the criminal world.

Malta has been dragged through mud and faeces. Europe and the world sees it as a den of thieves, a money laundering machine where the criminal world rules supreme. It has become a shame to say that you’re from Malta when abroad.

The Maltese got the government they deserved.

It will take years if not decades to clean Malta’s name and this will affect our children and grandchildren. Just google ‘corrupt countries in the world’ and see Malta’s placing.

Last week the Nationalist councillors were asked to choose a future for their dismembered party. After losing confidence of the majority of his MPs and the Executive Council, Adrian Delia now also lost the trust of the majority of the General Council. This will lead to an election for a new party leader.

Now the buck stops at the tesserati who will have to choose who will lead the party out of the present quagmire, reduce the massive difference between the two parties and propose itself as an alternative government.

During the Delia tenure the party plunged to depths never imagined. With all the corruption going on, the collusion of the police with criminals, the resignations, the shameful direct orders to friends and the ever-increasing debt the Labour government should be trailing the PN, not the other way around. The opposition has been inexistent for the past three years. So, time is ripe for a change, and a drastic one. The PN needs to be credible again. The PN should be united and a serious alternative to the government.

Now the party’s and Malta’s future is in the hands of the 20,000 or so members of the Nationalist Party. Their choice will determine who will lead it to greener pastures. The responsibility they have is a very important one. Their vote could mean a continuation of the party’s present state or a new beginning – a beginning brings hope, stability and a solid ground on which to rebuild the once invincible party. The party that was always on the good side of history with obtaining independence and making Malta a member of the European Union.

The choice is theirs. They should remember what Joseph Muscat promised and what he delivered. Their action will affect future generations. Once again quoting Joseph de Maistre “a nation (or in this case a party) deserves the leadership it has.”