The debacle started a little over a month ago when positive coronavirus cases started to dwindle. The health professionals warned that a second wave of covid-19 would hit Malta. Prime Minister Robert Abela rubbished the warnings claiming that “waves are in the sea”. He even accused doctors of scaremongering the public because they were envious of the success in containing the virus. In a few days he went triumphantly on TV to announce that “we won the war” and “we are now back to normal and business is as usual.”

He, together with Tourism Minister Julia Farrugia Portelli threw caution to the wind. They removed all restrictions and opened the airport. They even organised a fire-works display for the occasion. To prove that they were right, they didn’t even impose a test on incoming tourists. Robert Abela and Julia Farrugia Portelli took over the management of the covid-19 pandemic in their own hands. The result was a disaster. Mass parties were organised and the ministry for tourism started advertising abroad that Malta was the safest place in Europe, while inviting organisers to come and party in Malta. Abela hailed a new normality, but his handling of the situation showed his immaturity and raised questions about the government’s strategy.

Then bang. It just took a month for Malta’s active cases to spiral from one to 677. What happened was that Robert Abela was proved wrong and that waves do not exist only in the sea. The health authorities were right after all. The second covid wave hit Malta with a vengeance. We are now the second most affected country in Europe, only Spain is worse off. The results of the recent surge were brought about as a result of bad decisions and policies of his administration. Yet Robert Abela continued to say that everything was under control and that we should not panic. He tried to find scapegoats, first he blamed illegal immigrants then he turned on the locals stating that the Maltese were not responsible enough. Anything to deny his responsibility.

It became clear that Minister Chris Fearne and Superintendent of Public Health Charmaine Gauci were left with no authority in the health sector which should be their territory alone. Abela and Farrugia Portelli continued to run the show, with disastrous results. Positive cases continued to increase until they reached new heights, not even close to the highest levels of the first wave.

Countries in Europe started advising people not to travel to Malta. Our two main tourist sources, the UK and Italy, put Malta on their red lists. Arrivals dwindled to near zero.

Measures had to be taken. This time round Robert left centre stage and let Fearne and Gauci come out with solutions. He again left the island after visiting for 24 hours to continue his stint on his new yacht in Ragusa, catching the attention of the Sicilian media which published photos of our Prime Minister in bright yellow shorts training on a spinning bike and licking ice cream.

Fearne and Gauci decided it was time to take action and in a press conference declared that all bars would be closed with immediate effect and stopped all mass gatherings. But the carpet was immediately pulled from under their feet. The day after a notice by the MTA director instructed establishments on how to circumvent a legal notice meant to protect public health. Undermining the decisions taken by the health professionals he said that bars selling packets of crisps could be categorised as restaurants.

The Medical Association of Malta ordered a symbolic one hour strike because of ‘political interference’ and coping with the increase without the benefit of science. Yet Abela and Farrugia continued to defend their actions, which brought new troubles. Universal Studios said in a statement that the filming of the next Jurassic World movie cancelled most of its commitments here. The main actors refused to come to Malta for the filming because of the mishandling of the pandemic in Malta. But strangely enough Julia Farrugia Portelli still says that ‘all mechanisms worked fine’. Again, douze points for Julia.

During the past fortnight Malta reported 105 cases per 100,000 population, a rate only surpassed by Spain 130. Latvia recorded 4 cases.

The Partit Laburista issued a nauseatingly Orwellian notice saying that Malta has the highest number of covid-19 tests being done in Europe and having the lowest number of cases. Now if one has one iota of intelligence, if one is not a sheep and does not have blinkers covering one’s eyes, one can see through this. 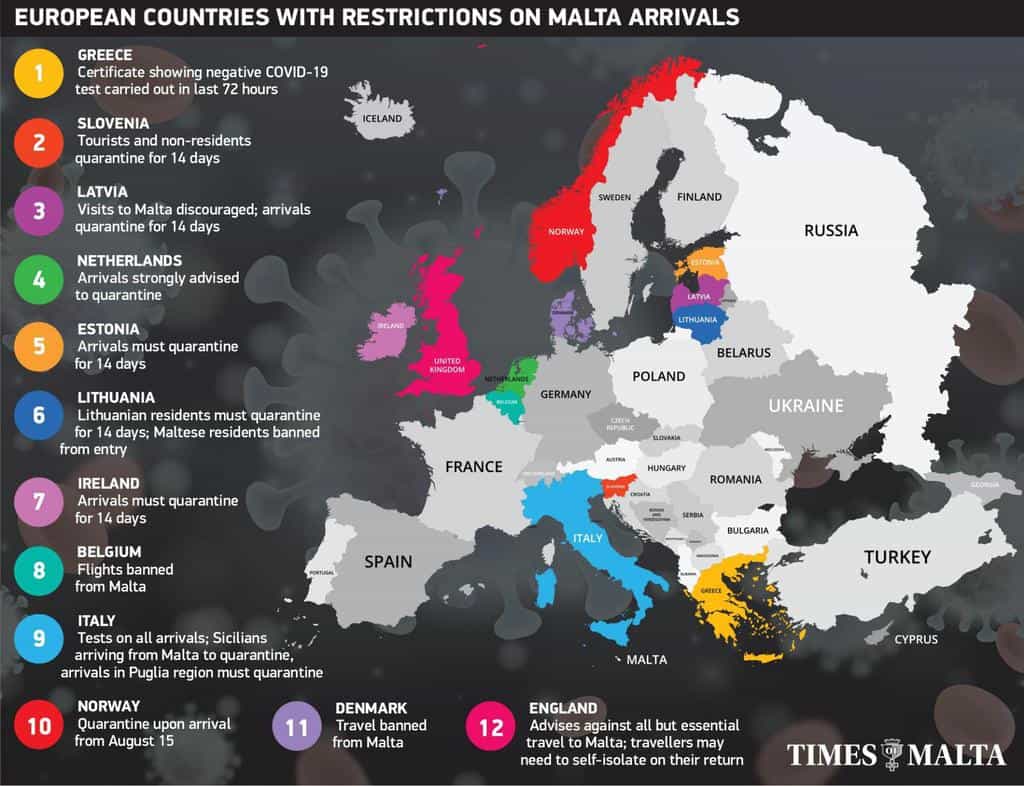 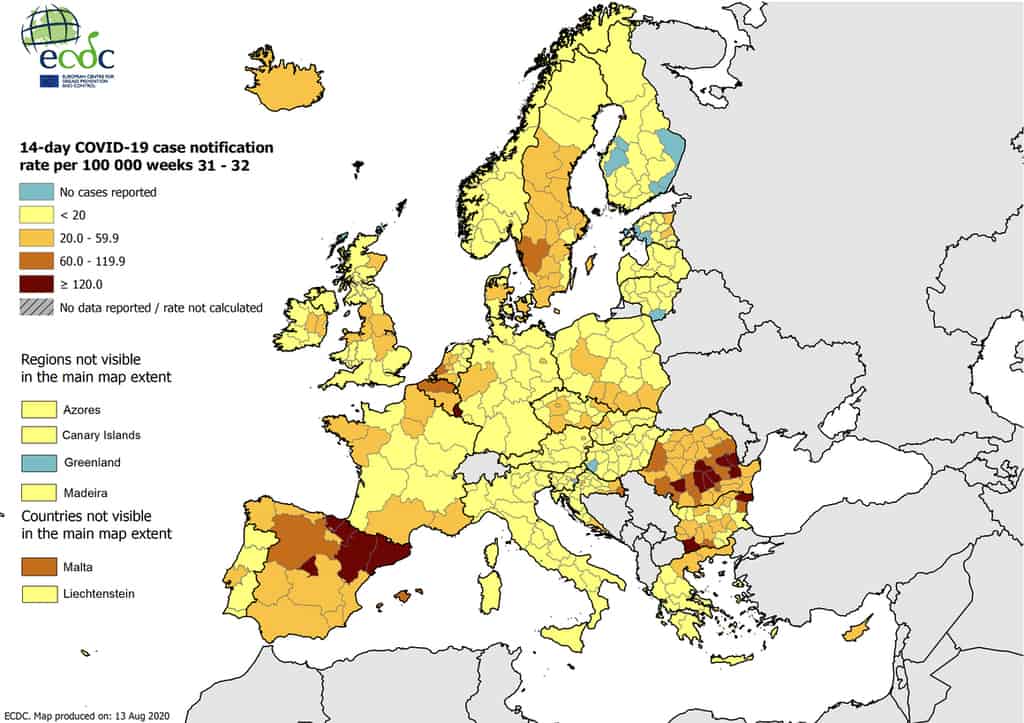 The large amount, that is testing, is per capita. But the low number of cases is not per capita but an absolute figure. If on a particular day, say on 20th August, Malta had 40 new cases, the number is the lowest in Europe. But if that number is calculated per capita, an equivalent number in the UK would be 4,800 positive cases. The UK had only 800 new cases on that day.

That is the way the Partit Laburista treats its supporters. But maybe Karl Stagno Navarra or Manwel Cuschieri would explain this on their respective programmes on One TV and One Radio. It is reasonable to expect Robert Musumeci and Andy Ellul to explain the math in detail when they are next on the panel in Xarabank. (MD: This post was filed before news that Xarabank is being cancelled became known).

Previous:The only emotion he could express
Next:Joseph Muscat called to police headquarters for questioning on assassination of Daphne Caruana Galizia