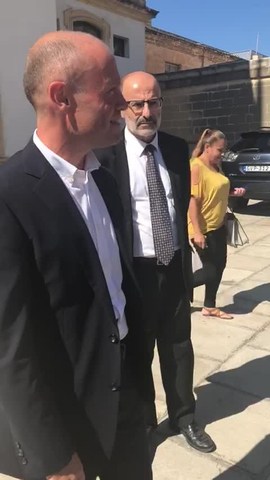 We have Joseph Muscat’s version of what his conversation with the police this afternoon was about. Apparently they disturbed his daily yoga routine to ask him questions he’s already answered and to assure him he’s not under investigation. He didn’t seem annoyed they didn’t just send him a Hallmark card though.

One wonders if Pawlu Lia, his lawyer, had anything to say about a police interview about nothing.

Joseph Muscat has been telling us there’s nothing to see here since February 2016. He’s largely been able to get away with it because the country’s institutions took his word for it.

The only reason he was at police headquarters today was because some of us did not take his word for it. We’re not about to start doing that now. Especially now we’re seeing Joseph Muscat closer than ever to the open fangs of the gate of the police depot.