As the tabloids used to say, you heard it here first. Joseph Muscat has been called in to questioning under caution by the police in connection with the murder of Daphne Caruana Galizia. Moments later it hit the front pages of all on line media in Malta. Of course it did. A former prime minister in police interrogation? About a murder? Of a journalist? What does a story need to be to make it to the front page?

Did I say all? All but two.

In the Soviet Union there were two major newspapers (still in publication). Pravda (that means ‘truth’) and Izvestia (that means ‘news’). The Russians used to say “there’s no truth in Pravda and no news in Izvestia“. If you get yours news from One or TVM, last you heard of Joseph Muscat he was drinking champagne on a yacht off the coast of Calabria.

Scroll down. These are screenshots of all Maltese news portal landing pages in the last hour. 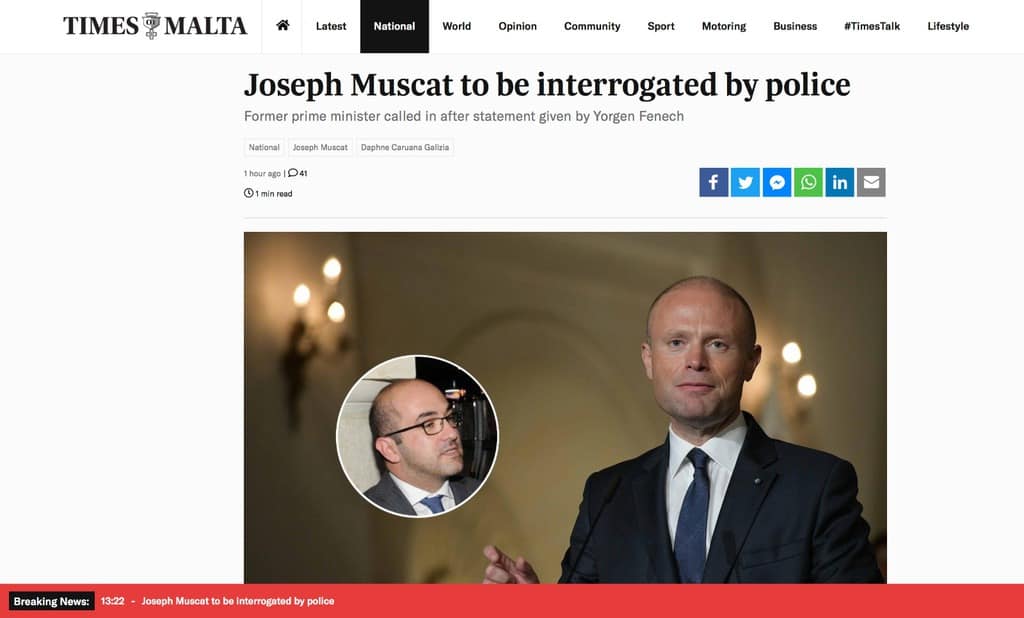 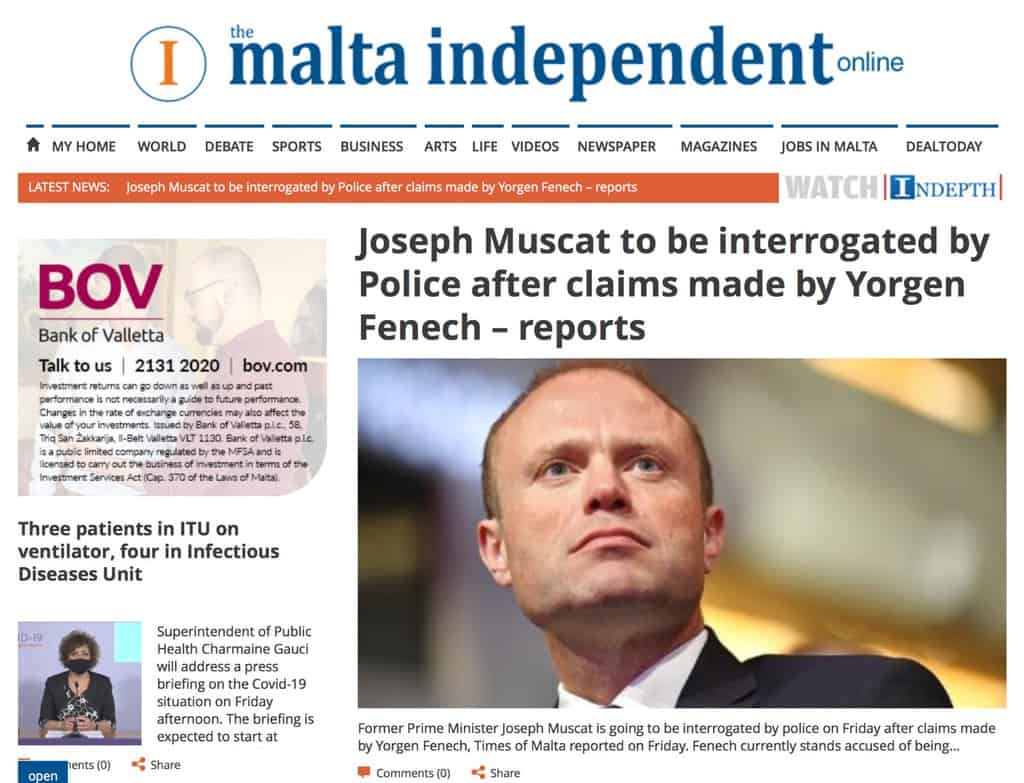 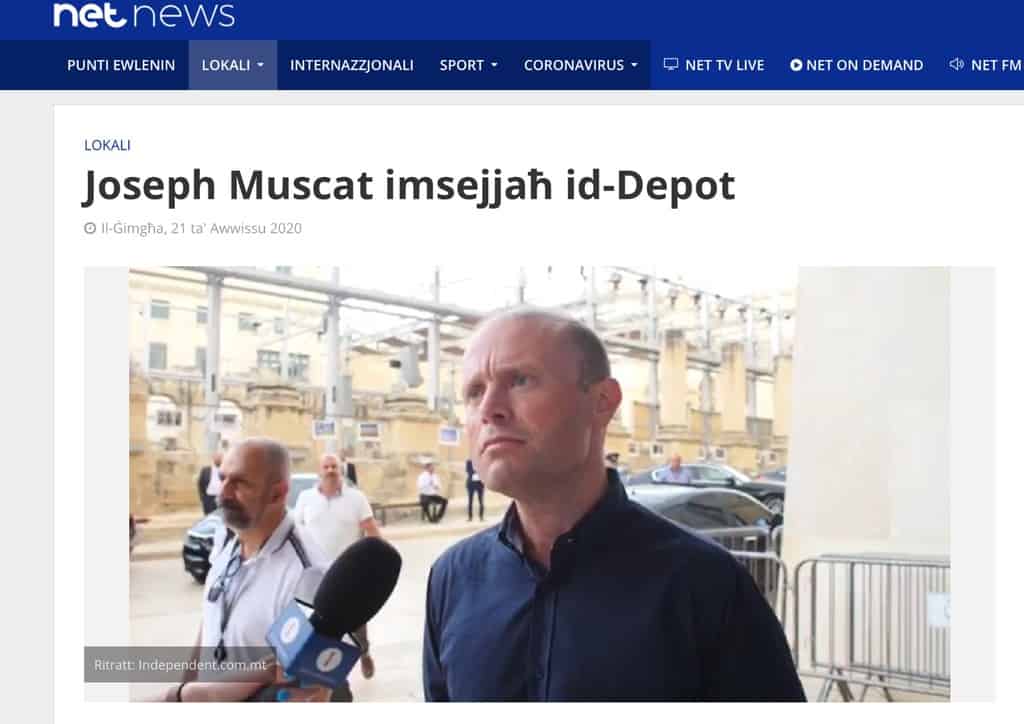 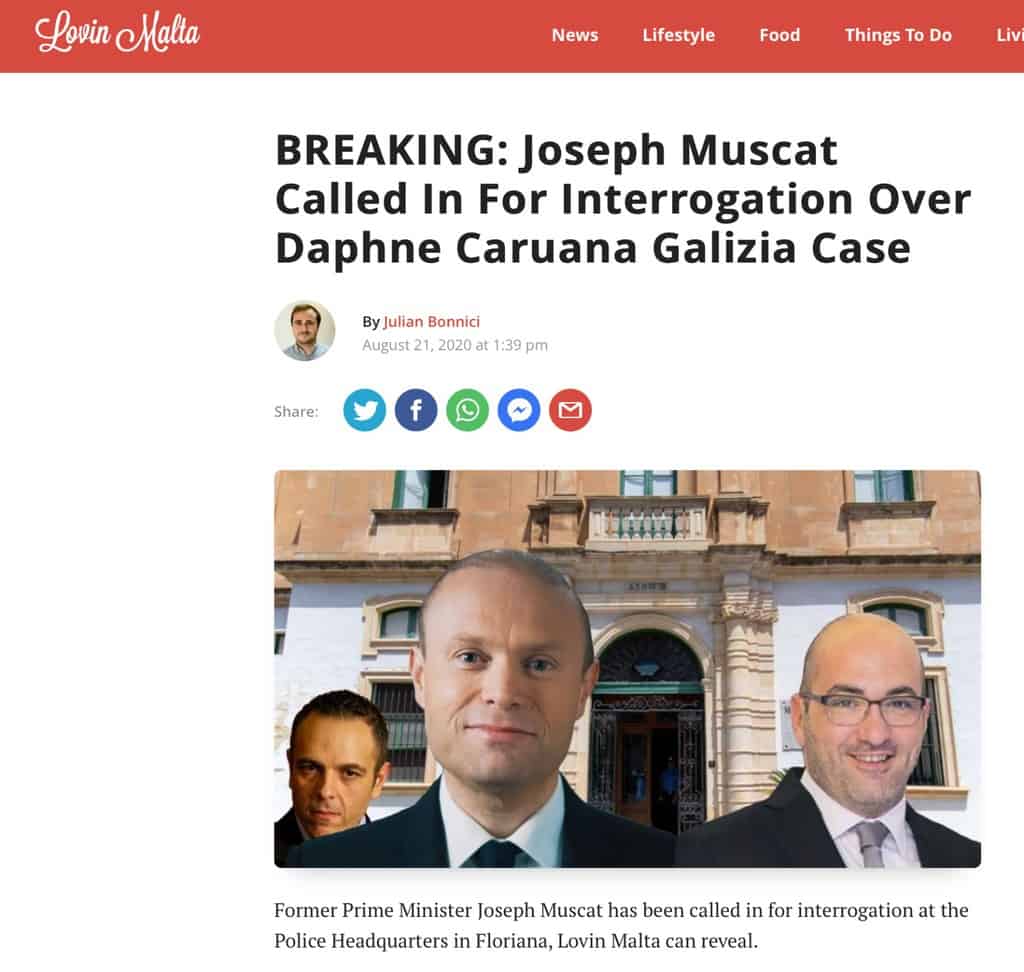 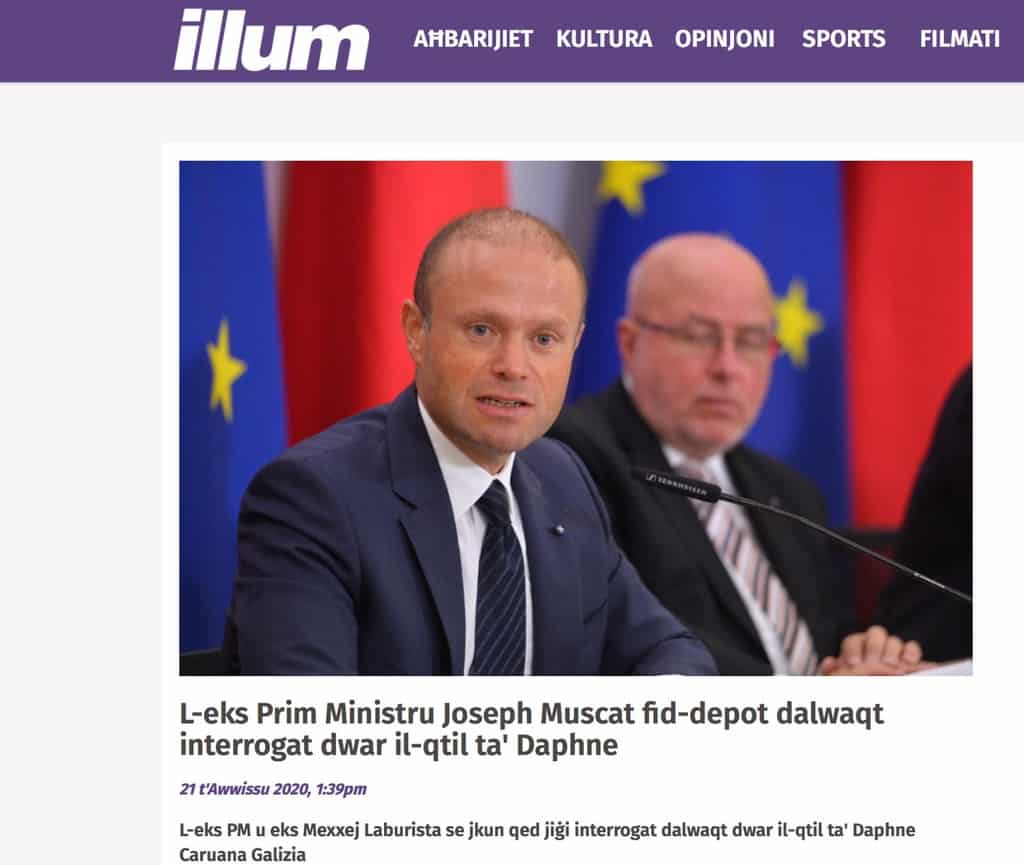 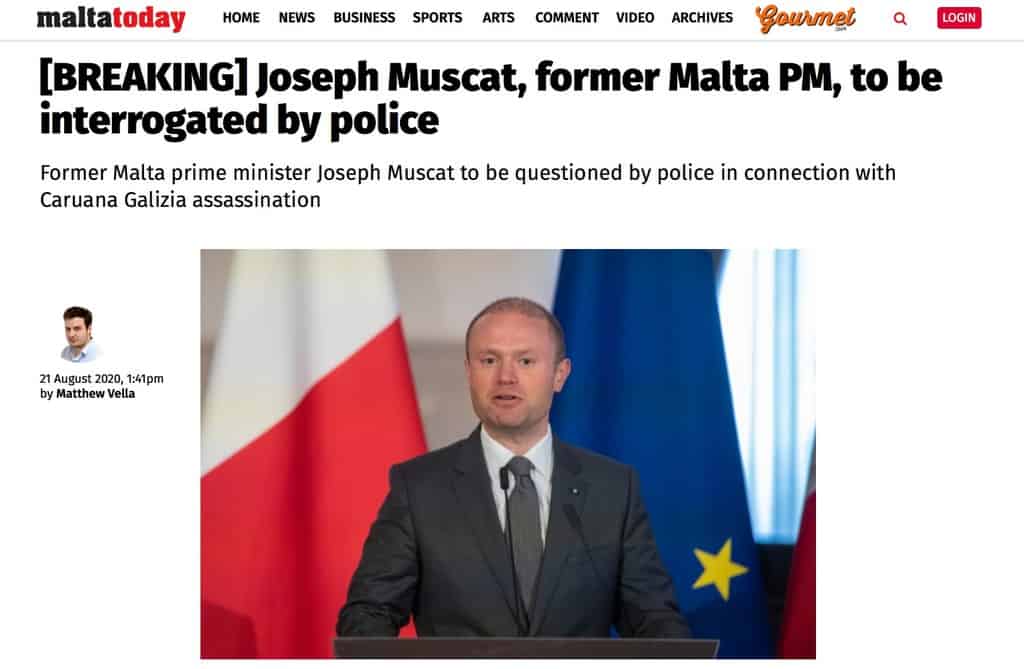 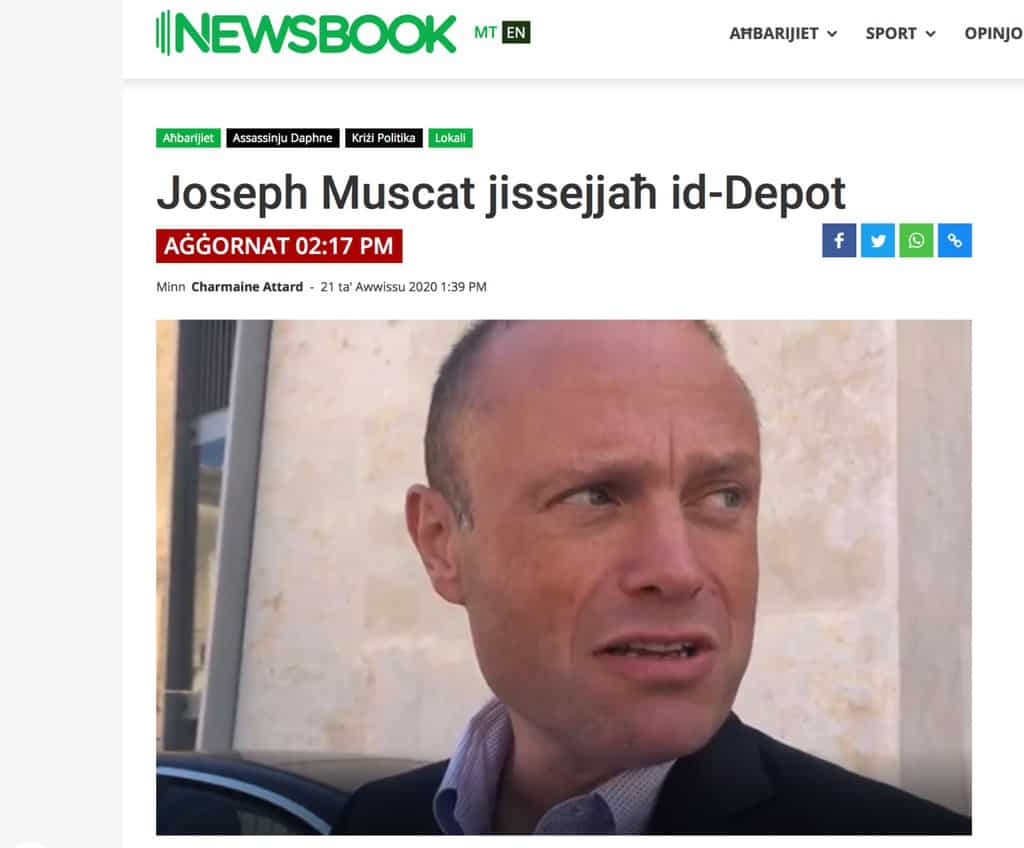 Now this is the Labour Party’s own media website: 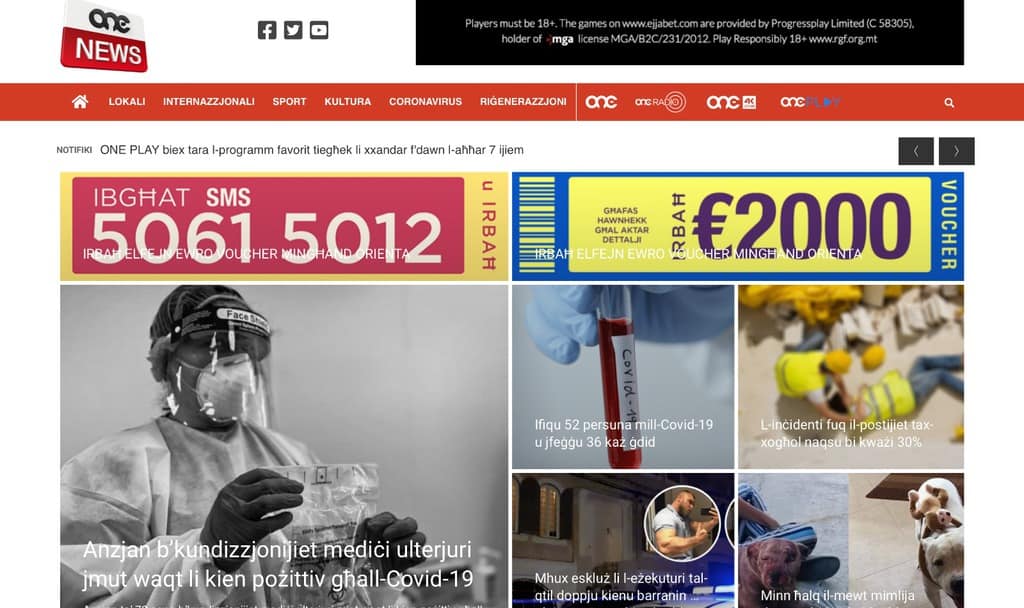 And this is the national broadcaster that does not carry journalists’ questions to politicians lest it be charged of imbalance.