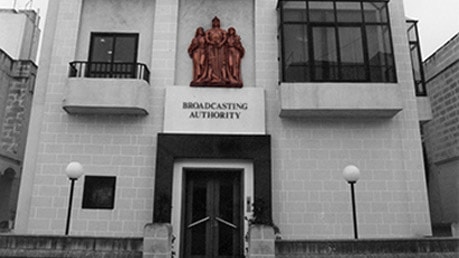 The Broadcasting Authority has tried to justify its decision to order TVM to switch off the cameras when journalists start asking questions to ministers during covid-19 press conferences. It said the transmission of press conferences was a public service because it allowed people to acquire information on the pandemic. But “unexpected” questions provoke a political response creating an “imbalance”.

The logic, such as it is, is to prevent partiality before it happens just in case it happens. It’s a bit like throwing you in prison today in case next week you decide to kill someone.

They say they rely on the advice of Professor Ian Refalo for this which is as reassuring as saying they are getting their penal code drafted by Torquemada.

“Impartiality” in broadcasting governs the conduct of the station not of the politicians covered by it. If the prime minister says something stupid for partisan reasons, TVM’s duty is not to switch the statement off. Its duty is to challenge the stupid statement there and then. It’s not going to be able to do so (even if it wanted to) if its cameras are switched off the moment the prime minister is done.

If then there are dissenting voices in the community on a matter of controversy – such as views by the opposition, but also unions, civil society or individuals – TVM’s job is to give these alternate voices coverage. Take the microphone to them after the press conference and confront them with the prime minister’s statement. Let the public weigh multiple points of view.

But the Broadcasting Authority’s solution is not to allow multiple voices to be heard. Instead they ordered a ban on the transmission of the questions from journalists and the answers they got altogether.

Before I go into all the reasons why this is wrong, I’d like to point something out to the Broadcasting Authority. Democracies exist outside of Malta. Regulated public broadcasting also exists out of Malta. Can they point to anywhere in the world where “impartiality” has been secured by banning the transmission of questions by journalists? No? Did the Broadcasting Authority wonder why this particular wheel was waiting for them to be invented?

The point is the Broadcasting Authority came up on a real problem: TVM is not impartial. It’s pretty fucking far from impartial actually. It is a propaganda machine for the government used and abused to the point that it now looks like a shrivelled Stepney for One TV.

There are many things to blame for the propaganda-fests on TVM: censoring the inconvenient questions of independent journalists does nothing to make the situation any better. It makes it worse.

We function in a democracy where the prime minister and his ministers refuse to submit themselves to proper interviews. People have become so unfamiliar with the sight of the prime minister sweating under the pressure of a capable interviewer that when journalists dared to ask Chris Fearne how come Robert Abela was on holiday in the middle of a health crisis, they faced massive backlash on social media like they breached some protocol.

Face to face press conferences have been abolished. The pretext of covid is the excuse du jour but proper press opportunities have been shrinking for years. It wasn’t just Konrad Mizzi who hired a TVM and One TV crew for his political events like some people get a crew for their wedding. He was the most wanted politician because of all his crimes. But journalists should be able to quiz politicians on their policies on a daily basis. It’s long been impossible to do so here.

The government has refused almost every sit-down interview with any journalist flying into the country for the past 3 years. The exceptions are so rare that they are notorious. Joseph Muscat with John Sweeney. Chris Fearne and Evarist Bartolo with Tim Sebastian. Edward Scicluna with Jon Wertheim. Needless to say, they were all embarrassing disasters. And any more interviews with anyone who is not a Labour propagandist would have been just as disastrous.

But journalism does not exist to make a government look good. Questions by the press are needed even when no answer is given. The questions throw light on the failures in policy and action. The questions allow people to judge.

That judgement cannot happen while Robert Abela is being covered by One TV or Net TV. Neither one is trusted by the public to give information that is not hammered into shape to serve the interests of their owners.

The only TV station with the job to carry those questions and chase answers to them is TVM. Not doing its job has been TVM’s mission since 2013. The Broadcasting Authority and the infallibly Labour-serving Ian Refalo have just helped it sink our public broadcasting deeper into irrelevance.

Our democracy has died a little bit more and blood from its guts is dripping at the tip of an unlikely dagger: a constitutional body whose job it was to defend democracy and stabbed it instead.