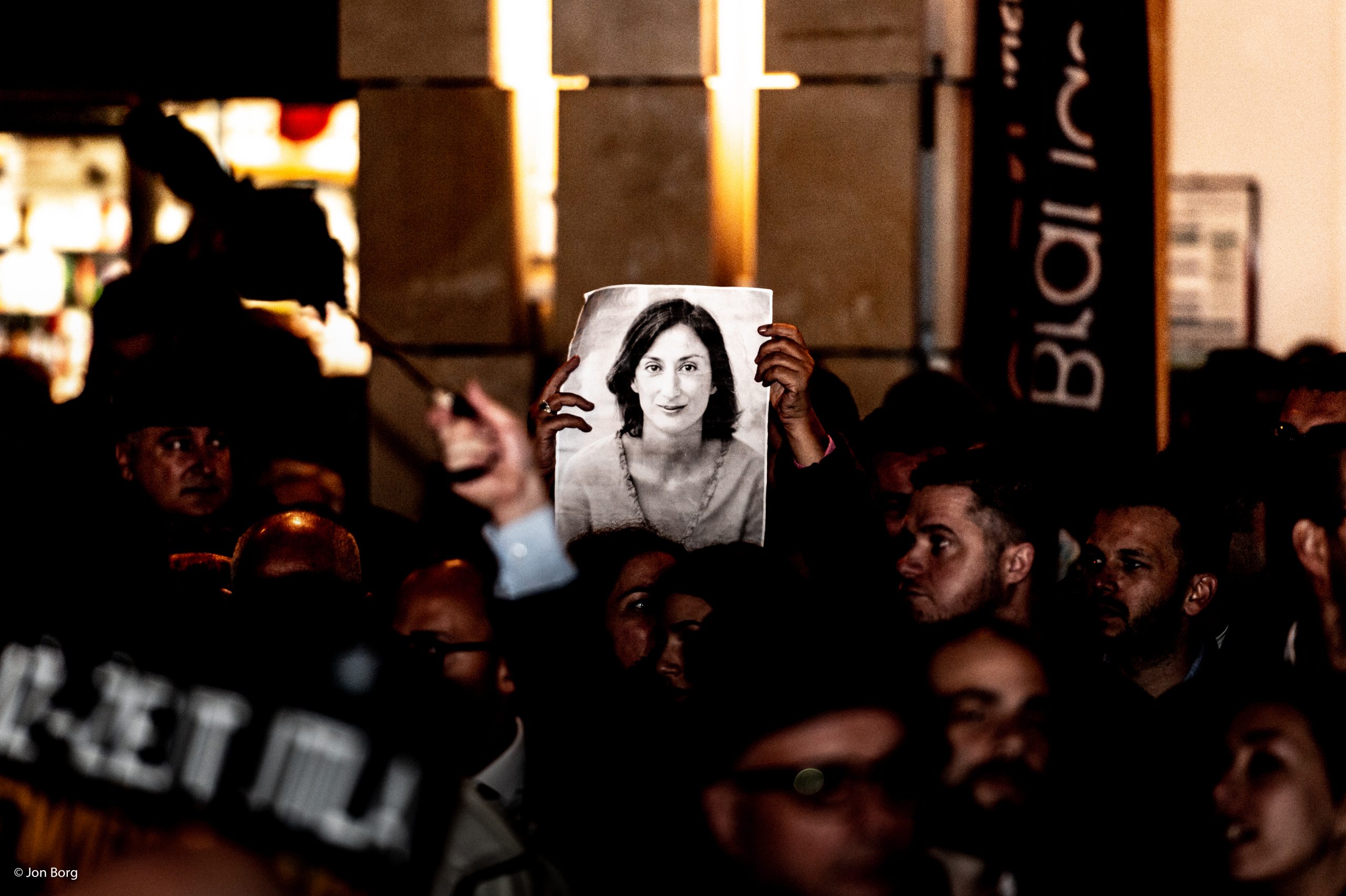 It took a while before I stopped catching myself typing in the link to Daphne’s website to look for her take on yet another absurd development in the catalogue of disgusting scandals that followed her killing.

Almost all of those scandals emerged because of her investigations, or were at least predicted by them. The rest were related to the dramatic consequences of her untimely death: the attempted cover up of the crime, and the vilification of the family that survived her.

For years, it was my habit as it was of many others, to look to her next piece to learn just about anything worth knowing about the hidden reality of this sick country. For years, it was my habit to compare and contrast the opinions that I had formed with the ones she would write. She was my gold standard of opinion. It is facile to say I did not always agree with her. My respect for her was in the fact that when I did not agree with her it would only be after her arguments challenged my thinking. If I survived that test, my arguments would have to be sound indeed. It didn’t happen often.

Today would have been her birthday. Yet another painful milestone for her family to live through, one of many they still have to walk across for the rest of their lives. They will be thinking of how her birthday was marked during her life. Maybe quietly at home. Maybe with a family gathering. That is a sacred space on which we must not intrude.

For us, who were not her friends or family, but merely the readers of her work, the absence we feel is different. We think of the many times we feel regret that she is not there to explain what we cannot understand, to present to us connections that our uninformed intuition works against, to reveal what remains hidden.

Some mock these type of words as messianic, and perhaps they sound that way. Perhaps my intuitive scepticism would make me scoff if these thoughts had been expressed about anybody else. But this is not a fervour inflamed with the drama of her murder. This is the cold and hard fact that her work was incomparable and her silence a gash, torn in the fabric of the society she lived in.

On her birthday, I’m reminded of gifts. The benefit to our democracy of knowing what only she found out or only she dared to speak about. We lost that. In spite of many people’s best efforts we cannot escape the feeling that we would know more now if she was still writing.

I started writing full-time the day Daphne stopped. It wasn’t the product of any notion that I could continue where she left off. It was merely out of the desire of wishing to be useful. As any self-aware mediocrity knows, wishing to walk in the shoes of those you admire does not fill the gap of ability, courage, knowledge and skill.

This is my way of paying tribute to her. It’s my way of not letting go of the daily gift of her writing, for as long as her killers allowed it to last. It’s my way of saying thank you. Because even for me it is too soon to say good bye.

Previous:UPDATED: Watch this closely
Next:What do they say about us?