When in doubt, blame Ian 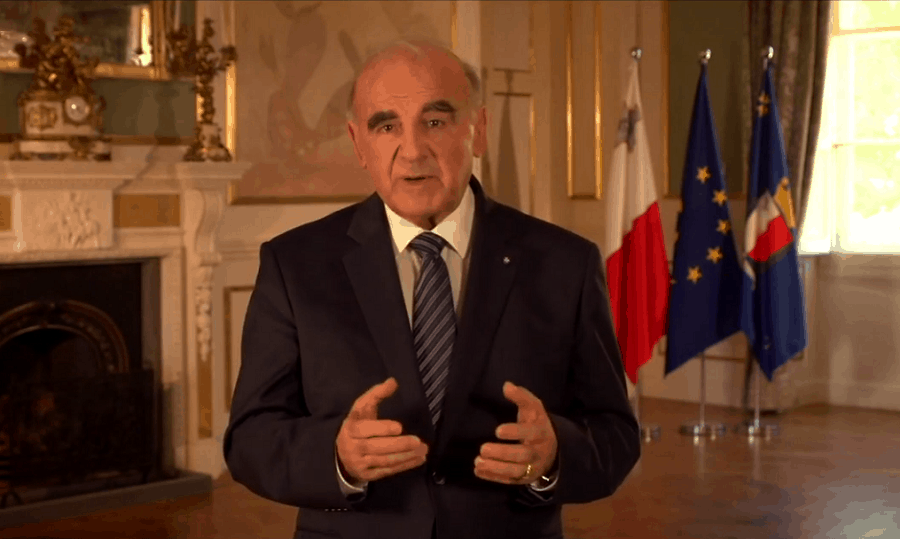 Last May, The Shift News reported that the president and the prime minister separately rejected requests the website made under the Freedom of Information Act to publish Joseph Muscat’s resignation letter.

The president’s refusal, however, referred to exceptions in the law that he felt allowed him to refuse to publish the prime minister’s resignation letter.

The Freedom of Information Act has been part of our laws for 11 years now. It’s declared objective is “to establish a right to information held by public authorities in order to promote added transparency and accountability in government.” It’s clear then that the public had a right to see what The Shift News was asking for. This is not a magnanimous gift handed down by government. This is something we are all entitled to.

There are some understandable limitations to this right. Mostly they’re the sort of thing you’d expect. I don’t have a right to see your medical records. Nor do I have a right to ask the police to hand me next week’s patrol schedule given that I might want to know the best time to rob a bank.

The thing is after establishing the “right”, the law has a long list of exceptions the government can refer to, to deny information it asked to provide in terms of the FOI law. Consider for example how the government refused to publish names and addresses of people who acquired a Maltese passport referring to the section of the law that allows the government to refuse to publish information that could harm its relationship with other countries.

The whole point of the Freedom of Information Act is to force the government to publish things it would rather keep hidden.

Which takes us to the case of Joseph Muscat’s resignation letter. The president resorted to the section of the law that protects the country from institutional paralysis and political upheaval. By the nature of that exception, it is clear that the law is providing here for exceptionally dramatic situations and its use to deny the public the right to be informed must be proportionately exceptional.

It turns out that this highly exceptional course of action was applied to prevent the publication of a relatively mundane letter of resignation. Sure, the letter reflects on its author. It shows him to be unaware or unwilling to admit his failure to live up to his constitutional responsibilities, to acknowledge his role in the failure of his government and to express even the slightest measure of regret. But these are considerations that emerged from Joseph Muscat’s behaviour anywhere any time. It was not something we would have discovered as a result of this letter. Contrition would have shocked us. Smug self-worship was the everyday.

When the president refused to publish Joseph Muscat’s resignation letter, we assumed that perhaps Joseph Muscat included accusations against people in authority that needed investigation before we would be aware that a prime minister made them in their last hour of office. Perhaps, we thought, he accused ministers of betraying him, or of anyone outside the government threatening him. Perhaps Joseph Muscat suggested he was resigning under duress in a form of bloodless coup.

That would have been indeed an issue of stability though if indeed a coup was being alleged the president, carefully, should not have sat on the information either.

But there was nothing of the sort in the letter.

So, here’s my charge then. George Vella lied to us when giving us reasons for denying us our right to information set explicitly in the law. It is bad enough that the Freedom of Information Act allows the government to produce all sorts of excuses to dodge FOI requests. But the least we can expect is that the excuses they resort to, however vexatious, are at least true.

It is simply not true that there is any way one can claim that the public interest was served better with the withholding of this letter. And it is especially not true that the publication of the letter when the FOI request was made presented us with any risk at all of “a substantial adverse effect on the proper and efficient conduct of the operations of a public authority.”

Although it is possible that as in the case of deciding to retain Adrian Delia as leader of opposition, the president might decide to blame his lawyer Ian Refalo for advising him to act this way, the president alone – George Vella – is responsible for decisions of the president.

The president has denied us our right to information on the back of a lie. You can’t expect to be ‘grandfather of the nation’, ‘guardian of the constitution’ and all that malarkey if you’re caught doing what George Vella has done.

I’m sorry, but now we know what it is he was hiding from us, and we compare that with the reasons he gave us to do that, I’m afraid the president’s position is simply untenable.