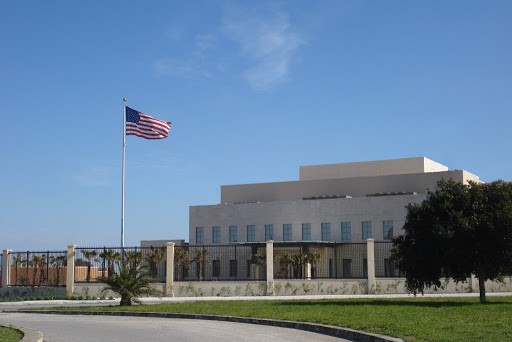 Full disclosure. I am a retired Armed Forces of Malta officer who trained and worked with the Italian, French, German, U.K. and U.S. armed forces among others throughout my career. I think that the neutrality ‘enshrined’ in Malta’s constitution is a sham, an accident of history rather than a calculated strategic posture. Before becoming neutral, Malta spent 23 years of independent statehood happily engaging with the military establishments of the U.K., Libya, North Korea and Italy (an eclectic mix indeed) as convenient.

Our neutrality only reflects the personal world view of a single person, Karmenu Mifsud Bonnici, who took advantage of a desperately-needed electoral reform to foist his Cold War-centric perspective on generations to come. I think that Malta’s continued failure to engage with security-related issues, such as the EU’s Permanent Structured Cooperation (PESCO) initiative, is a short-sighted approach that we will come to regret.

I am fully in favour of enhanced security cooperation with allies and partners and feel that this is the only way that this benighted island will begin to take national security issues seriously.

As a professional military officer, albeit retired, I view a Status of Forces Agreement (SOFA) as an important tool in enhancing that cooperation and understand that it is a two-way street offering legal clarity and protection to military personnel from both sides when deployed in each other’s territory or aboard their assets.

Despite all I have written above, I am greatly concerned about reports that the current government is on the cusp of signing a SOFA with the US Administration. My concerns are not ideological. I am concerned because, from a position of strength, with the US seeking a concession and Malta able to leverage the situation to the national advantage, we now appear to find ourselves as the supplicants, desperately seeking a deal in order to ward off the consequences of unrelated shortcomings.

To make things worse, from a national perspective rather than a narrow political viewpoint, Malta finds itself in a lose-lose situation. If reaching a deal on a SOFA does serve to rein in the Moneyval hounds (despite the outgoing U.S. Chargé d’Affaires clearly ruling this out), then our politicians will trumpet their success.

They will have no further motivation to immediately and without further delay enact the deep reforms necessary to ensure that our financial institutions, government organisations and governance mechanisms are not susceptible to corruption and do not facilitate money laundering and organised crime.

On the other hand, if agreeing a SOFA has no effect on the Moneyval process, then Malta will have played one of its best diplomatic cards in vain and have gained little or nothing.

Such an approach is beyond amateurish. It reflects an inability to think long-term and strategically. It demonstrates that principles, however misguided, are happily sacrificed on the altar of convenience. It speaks to a deep lack of understanding of security politics and the threats, such as terrorism, organised crime and piracy, facing Malta that care not at all about the neutrality clause in our constitution.

Looks like we’ve made our SOFA, now we’ll have to sit on it.

Previous:Hey José, I have a tooth for you. No, I mean really. I have one.
Next:GUEST POST: Collusion