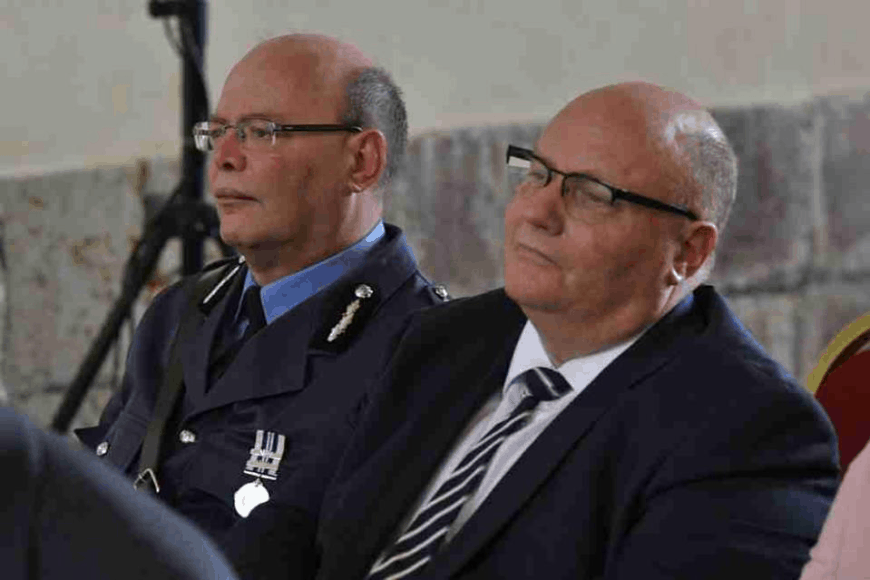 Definition of collusion: secret agreement or cooperation especially for an illegal or deceitful purpose acting in collusion with the enemy.

The collusion between criminal and crooked mafiosi politicians with high police officers is now well known to one and all. The testimonies coming out of the Daphne Caruana Galizia inquiry and the compilation of evidence against Yorgen Fenech as the alleged mastermind for her assassination are proof enough of that. And I am not talking about the traffic police officers who made money, or is it sexual favours?, for writing off a ticket. I am talking about high brass officers.

Ex-Deputy Police Commissioner Silvio Valletta was keeping Joseph Muscat’s chief of staff Keith Schembri informed of his investigation into Daphne’s murder, and this information was also being passed to Fenech. Silvio Valletta, who was always present for crime briefings, vacationed with Fenech at a time when the businessman was already the lead suspect of the murder.

Being both football fans Yorgen and Silvio travelled to London to watch a game at Stamford Bridge and later to Kiev to watch the Champions League final. Fenech paid for everything. Due to his collusion, his wife Justyne Caruana resigned from the office of minister for Gozo. Financially she is better off with various direct orders from government agencies.

Yorgen Fenech knew that middleman Melvin Theuma was about to be arrested in a money laundering probe and warned him of an impending raid. He also knew the date of the raid in advance, where police would search, and which officer would arrest Theuma. Information passed to him by who else if not Silvio Valletta? Or maybe Lawrence Cutajar? Or Ian Abdilla? The crooked police were everywhere.

Middleman Melvin Theuma is heard in secret recordings played in court bragging that he had given Lawrence Cutajar €15,000 through Edwin Brincat ‘il-Ġojja’ – an associate of Theuma’s who was familiar with Cutajar himself. Il-Ġojja visited Cutajar’s home to talk about a parking ticket but the payment would fund the ex-Police Commissioner “holiday”. Melvin Theuma is heard saying that “I went to give him the money myself and I told him, ‘shall I give them to you in packets of €5,000?’.”

Yorgen Fenech, the millionaire businessman, had close connections to former prime minister Joseph Muscat and Keith Schembri, with whom he exchanged frequent text messages, even after he became the main suspect in the assassination. He was a guest of honour at Muscat’s parties, even when the latter’s cabinet was not even invited.

Fenech gave Muscat lavish gifts, including a limited edition Bvlgari watch worth more than €20,000, rare bottles of Petrus vintage wine worth thousands of euro, and more expensive wines to commemorate the birthday of Muscat’s twin daughters.

In July 2015, Fenech bestowed Keith Schembri with a white-gold watch worth €12,000 for his 40th birthday. Not only, he even paid the hospital charges for Schembri’s cancer treatments in the United States. The two men were in the habit of going on holiday together. You know, like brothers.

Inspector Ian Abdilla, former head of the police Economic Crimes Unit, admitted in court that police did not take any action about the Panama Papers revelations, and that Mizzi and Schembri, the two men exposed as having set up offshore company structures within days of the Labour Party’s election in 2013, were never even questioned.

Inspector Abdilla also chose not to question Brian Tonna and Karl Cini, whose firm Nexia BT had set up the Panama company structures, and were auditors for both Schembri’s private companies whilst sitting on boards that determined the deal would go ahead. We know that Magistrate, now Judge, Aaron Bugeja indicated that Karl Cini may have perjured himself and recommended that criminal action should be taken against him. But again, nothing happened.

Former Attorney General Peter Grech had issued written advice to the police “to tread very carefully on the Panama Papers, because there was trouble brewing in the country”. While journalists were facing one libel case after another for revealing the documents and their connections to power, government officials and trolls kept asking “where is the evidence, show us the evidence?”

It is now crystal clear that the police were sitting on it, hiding it in drawers and file cabinets, placing journalists at greater risk for what they were exposing. The Attorney General also advised the police that it would be “highly intrusive” to seize evidence from Nexia BT’s servers, saying it would carry a considerably high legal risk which could be “counter-productive.”

It also transpires that Yorgen Fenech was very bothered with the monthly vigils held to commemorate Daphne’s death, and the constant protests and calls for justice by civil society activists. But he gave the assurance to Melvin Theuma that all will be good and safe if the Labour government remained in power.

Some months ago David Thake, today a Nationalist member of parliament, alleged that Yorgen Fenech had offered Adrian Delia a payment of €50,000 for this political scheme to keep David Casa out of the PN’s MEP group. The allegation of the offer was repeated by Melvyn Theuma in court when he was testifying in the inquiry. But in court Keith Schembri took the matter further when he testified, under oath, that the payment was actually made and that €50,000 changed hands.

Sworn statements by PN leader Adrian Delia and former chairman of the PN’s media Pierre Portelli were denied vehemently. They denied ever receiving money from anyone to undermine David Casa’s campaign. The claim was also denied by the Nationalist Party itself.

Shocking news, but Jason Azzopardi, appearing as parte civile for the Caruana Galizia family, repeatedly said that this is only the tip of the iceberg and that much more will come out in the coming weeks and months. No wonder Joseph Muscat is pulling Robert Abela’s strings to try and stop the inquiry. But be aware Robert, we will not be accepting this.

Civil society brought down the invictus kink of Malta and his cronies. You can face the same fate. So better think twice.