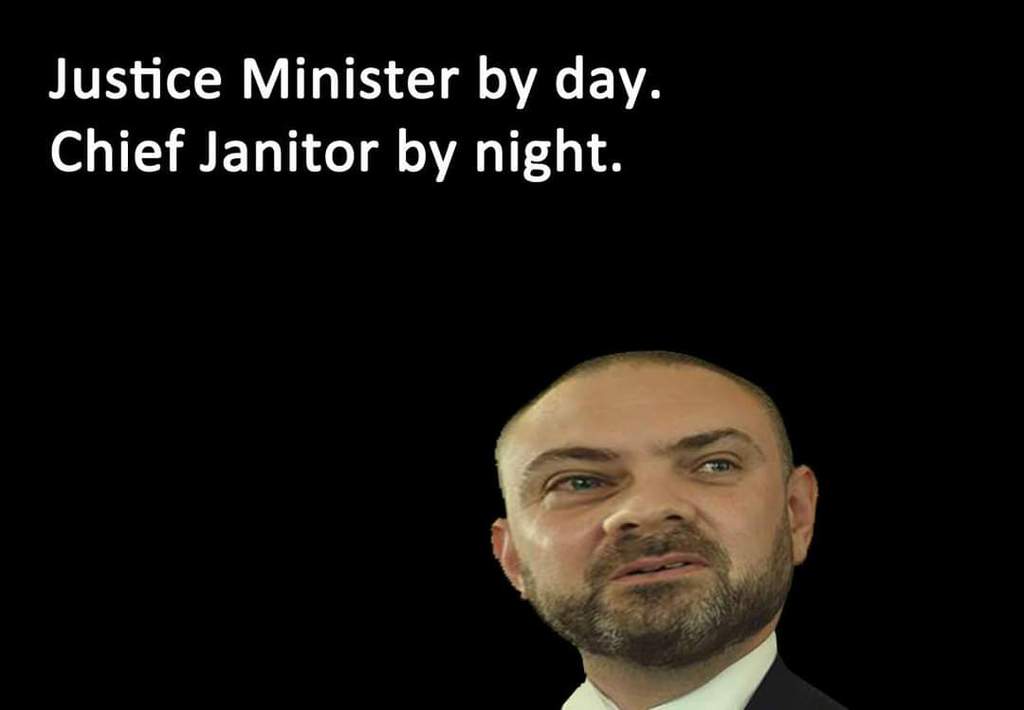 Never mind your facial pruning, but it takes some barefaced cheek to sit in the very building where the Constitutional Court declared that you are a persistent human rights violator, and shamelessly lie about the motive behind your decision to order the cleansing of our makeshift memorial to Daphne Caruana Galizia. It takes a special kind of brass neck to simper and lie through your Public Inquiry hearing, in the very building where you were condemned for repeatedly violating the protestors’ rights to freedom of expression and assembly “out of pique” and with “thought and specific intention”.

And let’s not forget. You were Minister of Justice at that time.

It doesn’t make it any better that you sat there as Minister of Education either. What kind of example were you setting to the pupils and students you are meant to safeguard and see that the correct values of citizenry and democracy are imparted when you sat there in front of three judges lying your way through the entire testimony? Well, the same example you set to countless lawyers as minister of justice, I expect. Those standards are low, aren’t they? No wonder you could duck so beautifully when you were egged last December. You’re used to stooping low. 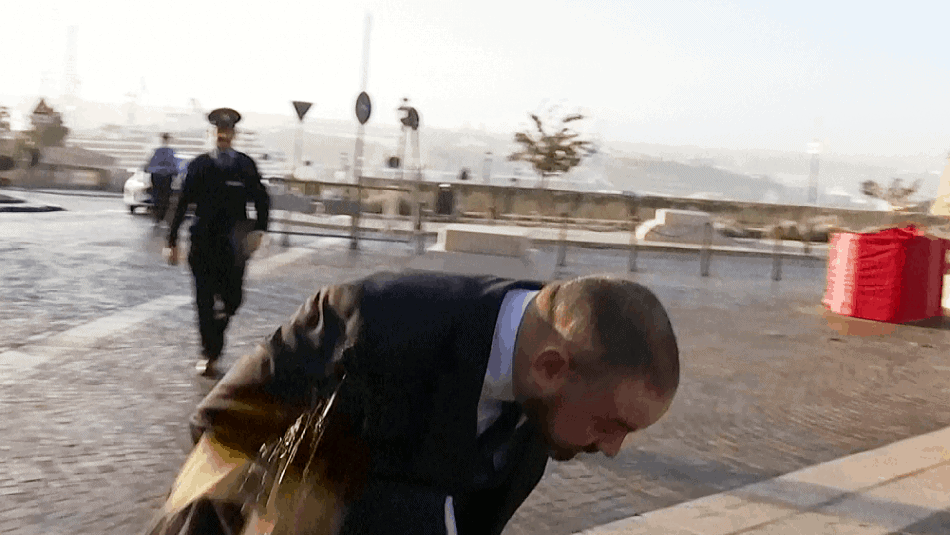 I will not give a commentary on his entire sitting because others have written about it but I will give a personal account of how our lives as activists has been imperilled by Owen Bonnici for the past three years. There is ample documentation of the many times we were accosted, heckled, assaulted, both verbally and sometimes physically, for having the temerity of putting a flower or a candle at the Great Siege Monument to remind the government that killing a journalist for writing the truth is not a normal thing even in a country reeking of abnormality.

In his sitting yesterday, Owen Bonnici said that he decided to clear the Memorial to ‘avoid trouble’ and glibly mentioned the scuffle when an elderly man had ended up on the ground, implying that activists had pushed him.

The incident you singled out took place on the 8 December 2018. Here’s an account of it. But you lie, Bonnici. This is not the occasion that made you assume your post of national janitor for you started clearing the Memorial at least on the 8 September 2018, a full two months before you conveniently used this kerfuffle, which the ‘victim’ himself caused, as an excuse to clamp down on our protest. 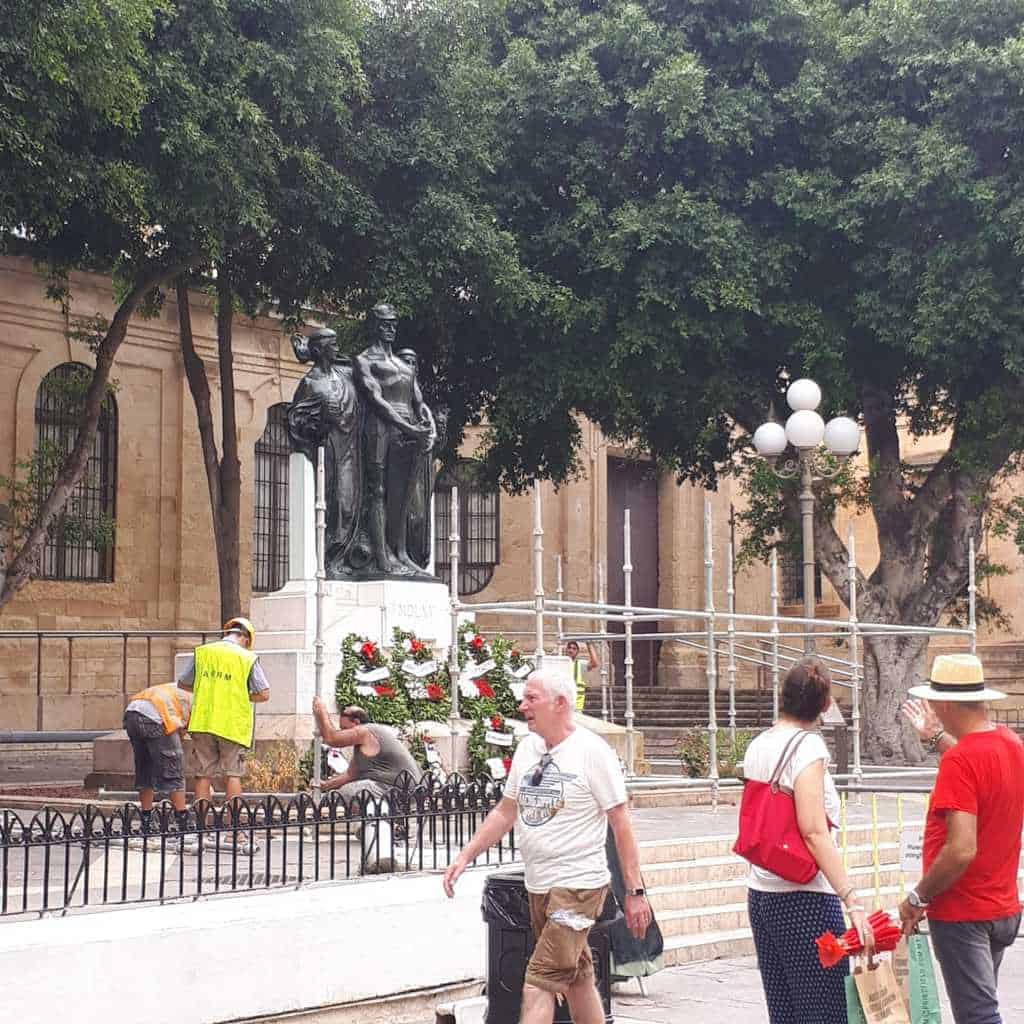 Here’s a news report of your decision in September 2018 to erect hoarding around the monument for “restoration”. It seems that the chapter called ‘The Internet is Forever’ did not make it to your Handbook on Human Right Violations, Bonnici. Totalitarian regimes have a habit of overlooking the indelible nature of the internet.

“Daphne was killed by politicians” said @OwenBonnici in a curious “slip of the tongue” a while back. #Fastforward by a few months & it is her memory that is also being sullied and forcibly erased by politicians.

But back to your lies. You claimed that we were damaging the monument with our flowers and candles, but the court found no evidence of this and by lying about us, you were in fact, smearing our good name and putting us in harm’s way.

I have been putting tributes at the makeshift memorial to Daphne Caruana Galizia from the very beginning, especially after Owen Bonnici started clearing it daily, sometimes twice a day. Although my shift was usually on early Sunday morning, when people are not that numerous, I am hardly the wimpy type, nor am I incapable of taking care of myself, but my heart still raced and pounded in my chest for you wouldn’t know if there is anyone lying in wait for you to be verbally or physically assaulted. Sometimes it did happen. So, in order to protect ourselves, we informed friends or relatives of our whereabouts and also felt the necessity to keep our camera video camera running just in case we need to take footage of a possible assailant.

This is a member state of the European Union.

We are insulted online, by fake accounts on our Messenger, sometimes in the street. But we are the violent ones, hux, Bonnici? You lot love to mislead the public with your lies. It is your lies that incite violence against us. Any damage to the monument was perpetrated either by the workers of the cleansing department or by your army of trolls who attack our tributes with such force that the wax from the candles drip on the stonework. So, you accuse us of that which you are guilty. This is straight from your Handbook of Human Rights Violations.

I wasn’t present on the 8 December 2018 but I do remember the following day vividly because instead of spending the day together in Gozo for some respite, as we had planned, we activists spent it in Valletta interminably waiting for a fellow activist to emerge from the Valletta Police Station. This activist had been singled out by the chief luminary of the Labour Party, one Silvio Parnis MP, who had squealed to the party station that the activist had pushed the old man to the ground. Yes, the same Silvio Parnis, who in his capacity as Parliamentary Secretary For Active Aging and Persons with Disability, thought fit to send a slice of roly-poly with ‘Kuraġġ’ emblazoned on it to the frightened elderly cowering in fear of Covid-19 in homes, prisoners for crimes they did not commit. Because nothing says that the government cares for the elderly than a sugar bomb. Oh, I would pay good money to see my 100-year-old grandmother’s reaction to this pathetic roly-poly. She’ll make him wear it as a hat. But I digress.

After lying to his party station, Roly-Poly Parnis failed to show up at the police station to repeat what he told the hacks at One. So, besides being a peddler of bribes under the guise of faux pearls, plastic flowers and stodge, Parnis, like Bonnici, is also a liar and a coward. You can sue me too, Parnis. You’re a cabinet of crooks, criminals and complicit cowards.

But the thing that made me sick to the stomach was Bonnici referring to Daphne Caruana Galizia’s assassination as an “incident”. An incident? An incident, Bonnici, is when you nick your pathetic ‘grown-up’ fluff on your face with a razor, not the assassination of a woman who saw through you all. Not the state-sponsored assassination of an investigative journalist who uncovered it all.

No wonder your ‘boss’ Robert Abela and the perpetual waste of space Glenn Bedingfield want to put a halt to the Public Inquiry. Y’all hate it that with every hearing, we’re getting a clearer picture of the conspiracy to assassinate the investigative journalist who was stringing together the various strands of corruption that led to the heart of your government.

And pray tell, Bonnici, if Daphne’s assassination really was an “incident”, why have you gone through great lengths to clear our protest site for hundreds of times?

If Daphne’s assassination really was an “incident”, why is your government trying so hard to suppress the truth?

No need to answer this question because you have already answered it when you told the journalists from Le Monde that “Daphne was killed by politicians”.

See? I was wrong about you, Bonnici. You can tell the truth after all.