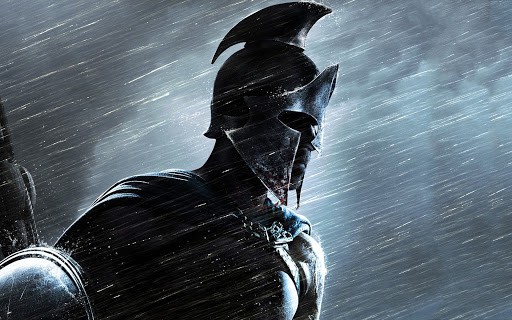 While Castille is on fire, the ill-defined civil protection defences of a free and autonomous people keep marking time. Paulo Coelho’s famous warrior of light believes the path is treacherous. Imponderables discourage the formation of alliances. Pride, mistrust, arrogance and an absence of credible leadership of opposition clusters have over time become the party in government’s allies.

The problems of a country are the responsibility of both political parties and of society as a whole.

The smouldering kicked off days after the party took office. A friendly glow resulting from ‘inexperience in public administration’ was over years transformed into a multi-sectoral fortified blaze that now extends to rural non-development zones but that digs deeply into the psyche of distraught individuals veering towards coerced impotence due to lack of courage, conviction or due to survival compulsion. Not by coincidence but by government’s resolve.

A political historian would attribute such dereliction to philosophies of strategically devised “horizontal” and “vertical” political and subversive government programmes. Also, to a high degree of inertia and submissiveness by a political society inebriated by illusive notions of perceived ever-lasting massive consumerism and availability of “fridgidaires” (Louis Aragon) in exchange of acquiescence.

Much has been achieved by way of evidencing political criminal activity of this government. Much has not been achieved by way of devising legitimate avenues that would heal these terminal sprawling maladies that have permeated public officials and a considerable stratum of society. A premeditated profusion of a feeling of security and well-being and an illusory sense of qualified impunity that led to conformism by a vast silent crowd.

Day to day chronicles by journals and media of instances of “evil” acts by government and its co-opted influential elite, that continue their mission as if it were a fair day, abound. A never-ending register of belated court cases and court inquests targeting this “evil” has become the international profile of Malta. The scuttling and seizure of institutions led towards government gaining time as a damage-limitation protection measure.

Abuse of power by government, in disregard to an elected public authority with “restrained delegation” by a free people, is an attack not on the notion of popular sovereignty but on the countervailing conception of ‘popular autonomy’.

Power suffocates not just society, but indeed the individual. This is in line not with recent interpretations of ‘neo-liberalism’ but with the totalitarian regime of extremist liberalism that “while pretending to protect and elevate the individual, it actually involves a ‘diminution’ of the human person, by reducing it to a merely material entity, entirely enslaved to the petty pursuit of its material interests.” (Mounier, 1936).

But more recently, in September 2020, this is what Pieter Heerma, Chairman of the Christian Democratic Appeal, had to say: “The realisation is growing that advanced market forces and years of individualism are taking their toll.”

This passive and ineffective opposition, microcosm of humanity, is attributed to an absence of a possible credible alternative government, to the myriad of constituted bodies that often have to survive on government spending, to labour unions whose members are employees of same influential businesses. It could also be attributed to that cluster of learned individuals that Müller refers to as “in-between figures” or Hayek as “second-hand dealers in ideas” who adopted a subtle critique. Political historians would recall that a polity that creates a regime where only government dictates priorities would only lead to forms of totalitarianism.

But government is too smart for the opposition to battle face to face. The treasure that LP needs to safeguard at all costs is government itself via its party actors in government, their crime-induced possessions and presumed innocence. The polity itself in its present fragile formation is the party actors’ sole source of security and defence armour.

Christianity and natural law recognise the existence of evil. The free human being, with their unique personality as against individualism is in itself a unique entity that is an integral part of their community. This is reflected in the concept of mass ‘popular autonomy’. This calls for collective action.

Opposition political parties that are simply the vehicle for the actualisation of a people’s aspirations and rights, cannot by themselves and of themselves overwhelm this “evil”. It needs to be a collective action involving the whole of political society. A political society made up of human beings and societal cells displaying a myriad of diversities need to discard theoretical philosophies of pride and a plethora of individualism and act collectively.

Only such thinking, once all involved in this mission against “evil” temporarily puts aside self-interest and individual years accumulated wisdoms, can forge a “credi­ble national political pro­ject”. Coelho’s warrior of light would engage in an honourable battle for a right cause, even if the path is treacherous. The warrior identifies the path after long conversation with his comrades.

People need profess faith and determination; the outcome would lay the path towards a national reconciliation process that includes justice.

But this calls for collective action. The alternative is the routine these islands have experienced for long years. This collective would only overcome its grievances if it believes it can “live in truth”.