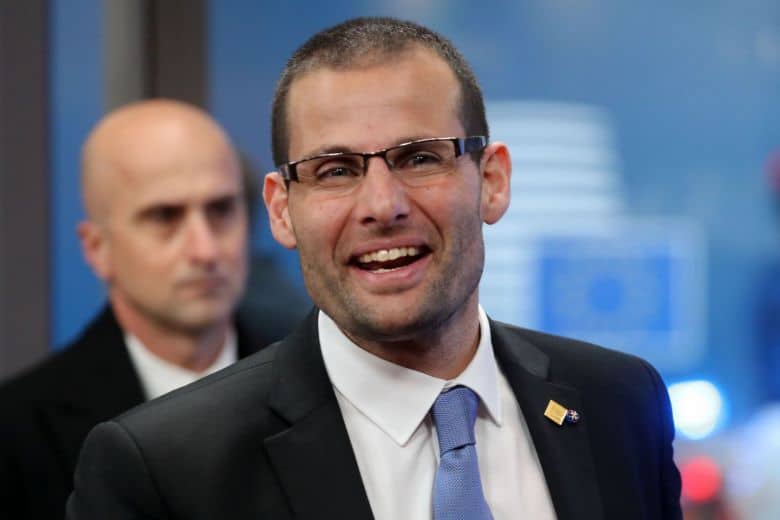 Robert Abela, our prime minister, successor of the most corrupt political person in the world, has put an ultimatum for the shutting down of the Daphne Caruana Galizia public inquiry. The inquiry into the assassination of the journalist will be extended only one time until the 15th December, says Robert Abela.

The prime minister said: “I think the inquiry is an experiment and I have certain reservations about the way the inquiry is failing to keep to the terms of reference given to it.” He also mentioned the high cost that the government is incurring because of the inquiry. So, in simple words, he complained about the long time the inquiry is taking and how much it costs to run. Let us give some examples to prove our premier wrong, again.

The inquiry was set up following massive pressure from European bodies with the government only acceding to the request after being forced to do so. The board’s composition was agreed upon after Daphne’s family did not agree with the board members first chosen by former Prime Minister Joseph Muscat. It was initially hoped the inquiry would conclude its work within nine months since it began at the end of 2019. But no fast deadline was set. On the contrary, the terms of reference give the board discretion on when to fold their business.

Besides the wealth of evidence coming out at the sittings, there was a three month delay because of the COVID-19 pandemic. The Board inform the prime minister it would need an extension.

Jason Azzopardi and Therese Commodini Cachia representing the Caruana Galizia family, made a submission to the board stating that “the Prime Minister has no authority to set a term in an abusive and arbitrary manner in the way he is expecting in the letter presented to this board. It was also made clear that this board was set up to be independent of government and to be lead independently of the government. The only obligation this board has towards the government is to submit a copy of the report to the prime minister and the attorney general.”

The Council of Europe’s rapporteur Pieter Omtzigt, observing the Maltese Government’s behaviour in the aftermath of the killing of Daphne Caruana Galizia, told Prime Minister Robert Abela that if he persists on shutting the public inquiry in December he’d be “violating the principle of separation of powers that is fundamental to the rule of law.” He also criticised Robert Abela for “blatant political interference” with the work of the inquiry board.

Omtzigt chastised Robert Abela insisting that the PM had no right to determine when the inquiry board should bring its work to a close. “The chapter on corruption and impunity in Malta will not be closed until there is justice,” he stated. “If the government, which is subject of the inquiry, chooses to close the public inquiry, then the chapter remains open. It will remain a festering wound.”

“Less than a year after your predecessor belatedly agreed to establish the ‘independent public inquiry’, you and other leading members of the governing party seem to be engaged in a concerted attack on its credibility and integrity. This gives the impression that the government has something to hide and is willing to tolerate, condone and even defend impunity,” Omtzigt concluded the harsh letter sent to Robert Abela.

Civil society NGO Repubblika also rebuked Abela’s insistence that the inquiry should be concluded by December notwithstanding the time needed by the Board to conclude the inquiry. “Any type of interference by the government is unacceptable” Repubblika asserted.

Now let us see some other ‘political’ inquiries which are still to be finalised, although they have been going on for years. On these the Prime Minister did not issue any ultimatums and never complained about how much they are costing the tax-payers.

In 2017, Daphne Caruana Galizia revealed that Keith Schembri had passed on €650,000 in kickbacks to Adrian Hillman, the former managing director of Allied Newspapers. Using documents from the Panama Papers, she claimed that Schembri and Hillman used companies (all set up by Nexia BT) in the British Virgin Islands to launder the illicit funds.

Simon Busuttil went to court with evidence which he said had all the information to prove the kickback claims. Busuttil claimed that Schembri used bank accounts in Switzerland and Gibraltar, as well as Pilatus Bank, to pass the money to Hillman. Hillman was dismissed from The Times, but was handed consultancy contracts with the Malta Gaming Authority and also served as the government’s representative on the Board of Trustees at the American University of Malta. Sources told a section of the press that the inquiry could be concluded soon.

The Panama Papers scandal brought Malta to a halt in 2016, with murky financial structures clouding the company owners linked to allegedly corrupt deals. Keith Schembri and disgraced former minister Konrad Mizzi were quick to deny any wrongdoing, dismissing concerns that their offshore network could have been used for illicit activity.

That all changed in November 2018, when Reuters and the Times of Malta revealed that Yorgen Fenech, main suspect in the assassination of journalist Daphne Caruana Galizia, was the owner of 17 Black, the company listed as a target client for Mizzi and Schembri’s Panamanian companies. According to one e-mail found in the Panama Papers, Schembri and Mizzi were set to receive payments of up to $2 million from 17 Black.

Then justice minister Owen Bonnici announced soon after that Magistrate Charmaine Galea was conducted an inquiry into this.

Schembri and Mizzi fought to stop the inquiry winning an appeal before Judge Giovanni Grixti. But a few months later, Magistrate Doreen Clarke accepted a separate request from Busuttil and Republikka to open an inquiry into the issue, with the Panama Papers issue as part of the 17 Black inquiry. The inquiry is still ongoing.

The infamous Pilatus Bank is also subject to its own inquiry after the European Central Bank shut it down over money laundering allegations. The inquiry, which began towards the end of 2018, is being led by Magistrate Ian Farrugia. Pilatus Bank’s owner, Ali Sadr Hashemi Nejad, has had his own legal battles elsewhere. Earlier this year, he was found guilty for allegedly breaching sanctions in the US. However, he has escaped prison time, with questions swirling that he could have turned informant.

Months of legal battles drew to a close by the end of 2019, with a magistrate ordering an inquiry into the controversial sale of three public hospitals and the involvement of former inisters Konrad Mizzi and Chris Cardona, and Finance Minister Edward Scicluna. Vitals Global Healthcare was chosen as the preferred bidder for a concession operating the Gozo General Hospital, St Luke’s Hospital and Karin Grech Rehabilitation Hospital in 2015.

There have long been allegations of major corruption in the deal, with the National Audit Office finding evidence of collusion. It has been confirmed that a memorandum of understanding was signed between government and VGH was signed months before a request for proposals was even revealed.

VGH was set to pocket more than €2.1 billion over 30 years for the concession, with the existing content of the hospitals including expensive medical equipment being passed on for practically free. However, just 21 months into operations, VGH was forced to sell its concession to Steward Healthcare, leaving €36 million in debt.

It took months to get the inquiry off the ground, with the ministers challenging the inquiry’s validity. It was initially approved by Magistrate Claire Stafrace Zammit but was shot down on appeal by Judge Giovanni Grixti. However, Magistrate Doreen Clarke dismissed his arguments and ordered a criminal inquiry.

Lovin Malta revealed that Malta’s cabinet members were using public funds and resources to boost their own Facebook pages instead of setting up official ministry pages. Figures made public show that at least €1.2 million were spent by ministries on social media over a 55-month period despite most ministries not having official Facebook pages.

Prime Minister Robert Abela has declared this case “closed” because ministers were now rectifying their position according to draft guidelines prepared by Hyzler and approved by the government. However, with millions siphoned away from public funds, it seems the case is far from over.

State witness Melvin Theuma revealed in court that Fenech claimed he offered the PN a sum of money to put spokes in Casa’s re-election campaign because the MEP was hounding him over his ownership of the Dubai company 17 Black. Magistrate Doreen Clarke has since opened up an inquiry into allegations following a request from police about the link of Adrian Delia to the Caruana Galizia alleged murder suspect Yorgen Fenech. Leaked WhatsApp messages between Delia and Fenech have been confirmed as the “exact text” by the lead investigators. However, none of the messages so far relate to the inquiry itself.

Those are some of the inquiries which have been going on for some time now, in some cases years. And Robert Abela has not complained. Now let’s see about the ‘high’ pecuniary costs.

Soon after taking office Robert Abela sacked former Police Commissioner Lawrence Cutajar but on the same day he gave him a consultancy job worth more than €30,000 per year. Ex Gozo minister Justyne Caruana resigned from office because of her husband’s, Police Inspector Silvio Valletta, proximity to criminals. Robert Abela, through the Department of Lands handed her a €48,000 per annum direct order to compensate her. Corrupt Konrad Mizzi was given a €90,000 consultancy job with the Malta Tourism Authority, while its Chairman Gavin Gulia denied any knowledge of this.

Malta’s self-imagined Larry King, Karl Stagno Navarra who presents a daily trash programme on One TV managed to get a communications consultancy job with ailing Air Malta. Though nobody knows the exact value of his package because he did not allow for its publications, he is believed to be cashing close to €75,000 a year.

In January 2013, the Malta Police started a 24/7 fixed-point watch on a herd of sheep belonging to Ġanni Attard of Għarb, Gozo. The police surveillance has so far cost the exchequer more than €1.5 million.

A gala dinner organised by the Gozo Ministry to mark World Tourism Day held at Villa Rundle in Gozo cost a staggering €500 per person making the total cost of the event more than €36,000. It is not known if they drank Petrus wine. Joseph Muscat who resigned in shame as the most corrupt person in the world last January was handed an unknown amount of money as a parting gift. The OPM refuses to divulge details.

And at last let us not forget the €188,000 every day – €70 million a year – that we, the tax-payers of this island, are giving to Steward Healthcare who bought the three hospitals (Gozo, Karin Grech and St Luke’s) from Vitals. The full agreement was leaked to The Sunday Times after a heavily redacted copy of the agreement was presented in parliament following pressure by the PN Opposition. It is to be noted that Opposition Leader Adrian Delia is challenging the agreement in Court.

Now, I think that you agree that an inquiry dealing with the horrendous execution of Malta’s top investigative journalist is worth every cent that is spent to uncover the truth and possibly point to the person/s who ordered the assassination. But our Prime Minister thinks otherwise and thinks that this is a waste of money. Well, after all he did promise continuity, didn’t he?