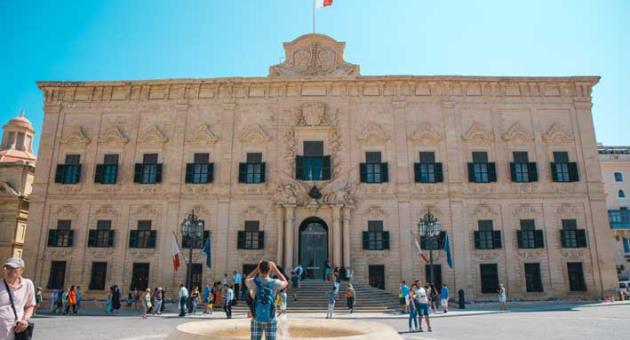 The SOFA (state of forces agreement) situation requires some analysis.

First, what is it? Until the government publishes a document signed with the United States and then presents it to parliament for ratification, we cannot be entirely sure. At this point we can judge by what we know the United States has asked from Malta in the past and what other SOFA agreements with other countries say.

Given the continued secrecy from our government, the best we can do is guesstimate what the most controversial elements of such an agreement would be:

Some have objected to these measures because they argue they would be in breach of Malta’s constitutional “neutrality” principle. I disagree with this assessment. That’s not because I am sceptical about the historical concept in which our neutrality principle was established in our constitution, or because of any opinion I may have on neutrality in and of itself. It’s because I do not think you can stop being neutral if there are no conflicting parties between which to be neutral. I’m not sure that’s my best sentence ever but I hope you know what I mean.

In 1985, to grant access to assets in Malta to the US military may have been an ipso facto breach of the neutrality principle because the US was in an undeclared conflict with the USSR anywhere and everywhere in the world. That conflict no longer exists and none has replaced it at this precise moment.

On the other hand, I disagree that just because the objection on grounds of neutrality does not subsist, there are no constitutional or principled grounds to object to an agreement of this sort with any country in the world.

Firstly, Malta is a single state, one and indivisible, which means that Maltese law should apply equally everywhere in Malta. There are, as recognised above, working exceptions to this but these should be rare. Therefore, even if exceptions to the universal application of Maltese law on Maltese territory are permissible, objecting to the extension of those exceptions is a perfectly legitimate position to take.

Secondly, the same neutrality clause provides for an obligation on Malta to be a state that strives for peace. We may all have an opinion on the wisdom of such a Constitutional obligation, but it is there and we should stop squinting to avoid seeing what our Constitution says when we’d rather it wasn’t telling us anything. Striving for peace is not a mission that became redundant with the end of the Cold War.

I don’t think the principle of striving for peace is in practice enforceable in a court of law. But I do think that even what is not expressly forbidden by the Constitution, should still be discarded by our government and by our parliament if it goes against what the Constitution clearly wishes.

Is a SOFA agreement in and of itself in contradiction with our constitutional mission of peace? Narrowly seen, perhaps not necessarily so. But I think it’s time to widen a bit the view on this issue.

The assessment that Robert Abela’s government is considering the reversal of 40 years’ worth of policy in this country because their back is to the wall after the mess Joseph Muscat left behind is even more pertinent than what at first may appear obvious.

Interviews given by US officials in the Maltese press show that the United States has been dangling the carrot of help in avoiding black listing by international financial services monitoring bodies. It is reasonable to presume the Americans would be privately exacting some sort of price for their cooperation in keeping Malta on the financial white list. Anyone who’s ever worked in diplomacy will confirm that in international relations as with the local village grocery, nothing is for free.

Certainly, Robert Abela’s government would be desperately keen to get a pass from Moneyval this year and, perhaps more importantly, from the Financial Action Task Force next year. Grey listing, as is widely recognised, would be economically catastrophic and the government may be happy to rape its sacred diplomatic cows to avoid that sort of whacking.

But the incentives that come with the SOFA agreement are more immediate than that. A guarantee to the US that their military activities and the discipline of their own women and men would not be interfered with by the Lilliputian sheriffs from Malta – as these leviathans must see us – opens the door for them to use Malta far more than ever as a logistical and operational base.

This can take various forms. Malta’s location is what it is. It’s still the sentinel in the middle of the Mediterranean and all the other romantic things the Victorians and the Edwardians used to call it. Malta could be a repair station, a supply point, an air to sea or sea to air exchange point. Hurd’s Bank could also be a valuable asset for similar operational purposes better served off-shore.

It is also an obvious intelligence and military outpost overseeing Libya and the rest of North Africa and the region.

It is not just the US military that can get excited at this prospect. Local suppliers can’t wait. People working in or around ship repair, ship chandling, fuel, accommodation, logistics and on and on and on would be particularly keen to see the Americans increase these activities here.

Some of that excitement verges on despair as Malta’s economic prospects after the devastation wrought by Joseph Muscat’s rotten administration are dim indeed. Top that with the flattening brought about by the coronavirus and you can imagine why people whose life revolved around giant cruise liners would be happy to see giant aircraft carriers deck our quays.

The coronavirus drought comes to us as a sandy foreground to the even deeper freeze in the industries that were driving our economy, particularly banking and financial services.

Now there’s a good reason to slaughter our sacred cow.

We ignore the historical significance of such a shift at our peril. Malta has had an economy dependant on the military before. We have learnt the hard way that such a dependence is unwise. Many here earned their living from servicing the British Navy, but our economy boomed and busted according to the changing ambitions and resources of our only client. And when it busted, it wasn’t pretty.

Some would also say, not without justification, that being a military economy essentially makes you part of that military machine, an accomplice in its excesses and burdened by its moral ambiguities. Moving from being an outpost of Cosa Nostra to an outpost of the Pentagon, a sort of Guam in the Mediterranean, may be a transition of legitimacy but we wouldn’t be precisely basking in the sun of ethical fortitude. Perhaps one can argue that we have already forfeited our role in our region as a trusted, uninterested peace-maker. That takes you back to the mess Joseph Muscat left us all in.

We have moved away from a military economy over the past 60 years, because we chose to and that was a choice we made as a nation, right and left, quite independently of the iron curtain drafting of the 1987 amendments to our constitution that still speak of the USSR as if it was a thing. In 1962, Malta signed the deal that would eventually dismantle the British military activity in the country in 1979, later than expected at the time.

We went from manufacturing to tourism to financial services, diversifying, increasing value and not without hardship, job losses and for almost two decades with flat economic mismanagement that called itself socialist but was really corporatist corruption.

This was the path the nation walked for the duration of its short history. And now we make a U-turn, straight back to somewhere in 1962, apparently forgetting the reasons we walked away in the first place.

No. Although I love peace, I am not a pacifist in the sense Karmenu Mifsud Bonnici styled himself and have no deeply held objection to this sort of activity. I am not even all that keen on neutrality. I think in international conflict, particularly in our region, Malta should play its proportionate role and staying out is complicit with tyrants and criminals who have captured states.

I also think the ‘neutrality’ excuse, particularly when thrown at our partners in the EU, sounds exactly like what it really is – lazy, ambivalent, petulant and self-centred – which in the long turn does not serve our own interests when we look for help from partners we refuse to help.

But it is one thing to allow the military services of other countries to acquire services in Malta. It is another to wilfully create blind spots in our law and its uniform application in our territory for their benefit. That sort of leap suggests despair. It also suggests the blind pursuit of a short-term economic opportunity.

I should like to say that there’s also something to be said for principles. After the excruciating agony the “business leaders”, the “bankers” and the hard-nosed “entrepreneurs” with the politicians they held in awe have dragged us through, it takes some gall to mock the principled objectors of this initiative as tree-hugging loons.

You can take or leave the ‘principle’ of neutrality. But consider this scenario. Under our criminal law as it currently stands if a Maltese citizen or permanent resident commits a war crime or a crime of aggression anywhere in the world, our Maltese courts would have jurisdiction on the case and would be able to try and punish that Maltese citizen or permanent resident. But under the terms of the likeliest SOFA arrangement if an American soldier commits a war crime or an act of aggression in Malta, Maltese courts would have no say in the matter.

You could scoff at this and point out that it’s not likely to have any American commit a war crime on Maltese soil. I grant you that. But is it more likely for a Maltese citizen or permanent resident to commit a war crime anywhere outside Malta? Probably not, and yet we have laws against it because laws are not only written down merely on the back of the probability of their utility.

Forgive me, if I disturb the rattling sound of the coins in your dreams, but principles matter. I can’t believe I need to say this after what this country has been through while it dispensed with principles in order to pursue wealth.

However, for the sake of argument, let us entertain the notion of pursuing a military economy.

The people who led Malta through its economic transformation away from military dependency worked for decades to persuade the people of Malta to join them in that walk. It was particularly hard considering that anyone who was earning any money in Malta at the time, was earning it by working for the colonial power and its military presence here.

I have seen no attempt whatsoever by Robert Abela’s government to engage the people of Malta in this anti-historical reversal. Instead you can almost picture Robert Abela on the phone with economic operators who are seeing this as an easy economic win.

And here we are enthusiastically embracing a militarisation of our economy, salivating at the panacea of a quick buck, oblivious to the risks and consequences and indifferent to the sacrifice of our own self-respect and dignity as a country. In the last decade we diluted our own citizenship. Now we dilute the value of the law in our own land.

We never seem to learn. Easy money is expensive.