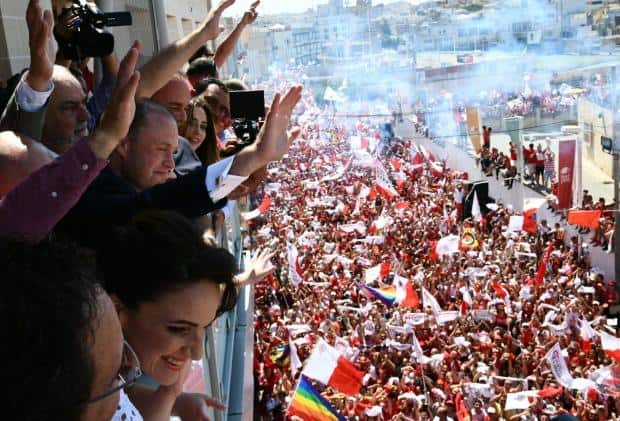 The prime minister’s remarks yesterday about the Daphne inquiry being an “experiment” he all but rules as failed show that his decision some weeks ago to impose a 15 December deadline on the process was a deliberate act intended to suffocate the inquiry.

It also shows that the intention comes from his unhappiness with what is coming out of the inquiry. He thinks the inquiry is departing from its terms of reference, he says, and it should therefore be stopped.

This is absolutely unacceptable and requires appropriate public response. Since he clearly is going to be stubborn about it, his moves also require resistance. This outrage on the only process that can heal this country with the truth simply cannot be allowed.

Robert Abela has grown confident, unlike his erstwhile invincible predecessor, because he has not seen people in the streets during most of his tenure. This is giving him the false sense of security that he can crush the effort to find the truth simply on the back of the inconvenience that effort is causing him and his party.

For it is strikingly simple. The departure of Joseph Muscat, Keith Schembri, Konrad Mizzi and Chris Cardona from the senior Labour Party ranks is nowhere near enough to exculpate the Labour Party. The Party is much more than its former topmost four officials.

They alone could not have governed without the support, the cooperation, the collusion and the implicated neutrality of the entire Labour Party: all its MPs, officials, employees, propagandists, delegates, canvassers, supporters and voters.

Together they form a majority of the country but that does not make them right. They allowed a ‘kitchen cabinet’ to hijack the institutions of the state, they shut down Malta’s law enforcement capability in matters of financial crime and corruption, they enabled the use of the country for the laundering of proceeds of crime by brutal dictators, robber barons and mafia bosses. They did all that for the rush of “being in government”, when they weren’t really in government at all. Relying on what he said, not even our Finance Minister was in government, because the real decisions were taken in the kitchen out of which he was locked.

The Labour Party allowed this to happen to the country, and there can be no justice before the country reckons with this basic, stark, unambiguous reality. If the Labour Party is confirmed in power at the next general election, the Maltese people would be issuing an amnesty to the Labour Party. They would be telling future MPs, ministers and prime ministers that it won’t matter if they are corrupt, if they associate with criminals, if they take kickbacks from greedy, dirty businesses, even if they allow for people to be killed to cover up their crimes and to arrange for their killers to get away with it.

That political amnesty would condemn this country to a future utterly bereft of morality in public life. It would provide the reward the supporters of Joseph Muscat pursued when they supported a criminal cabal to remain in power. All they wanted was the fix of winning, the right to brag, the entitlement to wave the flag and blow the horn in the streets. That’s all their imagination allowed them to desire. And they got all they desired.

They desire it again. And that fix, that incentive to support criminals because your criminals win, is the drug that will ensure this country never wakes up from this lucid nightmare. 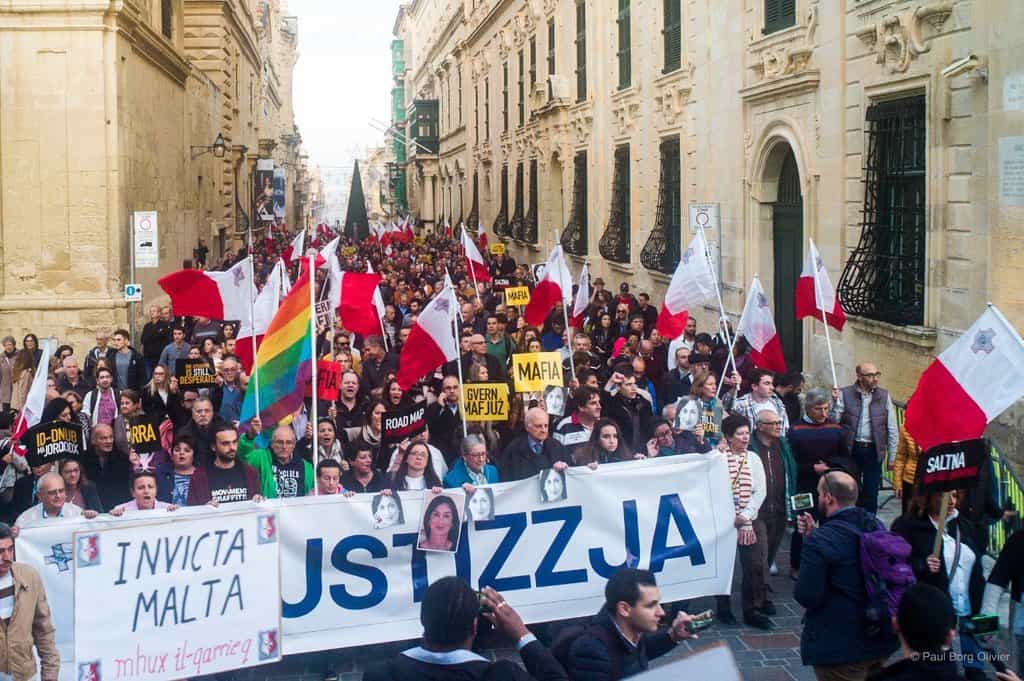 Now understand the paradox then. Being right or wrong has nothing to do with how popular you are. We’ve established that and we campaigned as a minority, at one point a minute number they mocked, they ridiculed and they ignored. But numbers grew and a larger minority combined the force of moral righteousness with the indignation of an angry crowd. That they had to listen to. They negotiated their political survival and their personal immunity with that crowd by throwing treats at it: a resignation here, a party-dismissal there.

Helped by the pandemic, their treats secured silence in the streets.

But the truth continues to echo out of the chamber where the Daphne inquiry is being held. This is not the same as the other rooms where the evidence against Yorgen Fenech is being presented. That brings us closer to the truth on Daphne’s killing, who did it, how and why. But the Daphne inquiry tells us about how our country was made a mafia state thanks to the enthusiastic and willing collaboration and support of the entire Labour Party.

It is clear that we are still scratching at the surface and what horrors those scratches reveal. We need to get down to the bone but Robert Abela doesn’t want us to because he knows what’s in there. He was one of those who put it there. He, like the rest of the Labour Party, supported, enabled, colluded and collaborated with, the mafia led by Joseph Muscat. What’s more, he’s still doing that. Because whose interests are being served by his campaign to undermine and silence the Daphne inquiry? The mafia’s, of course.

Robert Abela fears one thing above all else. The large minority of protesters a year ago brought down his predecessor. Those protesters had a grasp of the tip of the truth and that was enough to defeat the self-described Invictus.

But the truth coming out of the inquiry could turn the country’s majority against the Labour Party. People will have the means to tell the Labour Party that it must pay for the damage it has cost our country. That it no longer accepts their diabolical tactic of blaming everyone for the ills they have caused: witches, traitors, Nazzjonalisti ta’ Simon Busuttil, migrants and sundry bogeyman that end up in their sights.

Robert Abela worries that justice ends up being served at the political level. And there’s no justice if the people of Malta do not tell the Labour Party that no government that kills its people so that it can rob them, can win an election in a democracy that is working properly.

That’s what the inquiry is ultimately asking: has this democracy been working properly? Through the stammering, the pathetic excuses, the blame transference, the protestations of innocence, the obsequious flattery coming out of the witnesses at the inquiry, and through Robert Abela’s audacity to dare to have it killed before time, we know the answer to that question already.