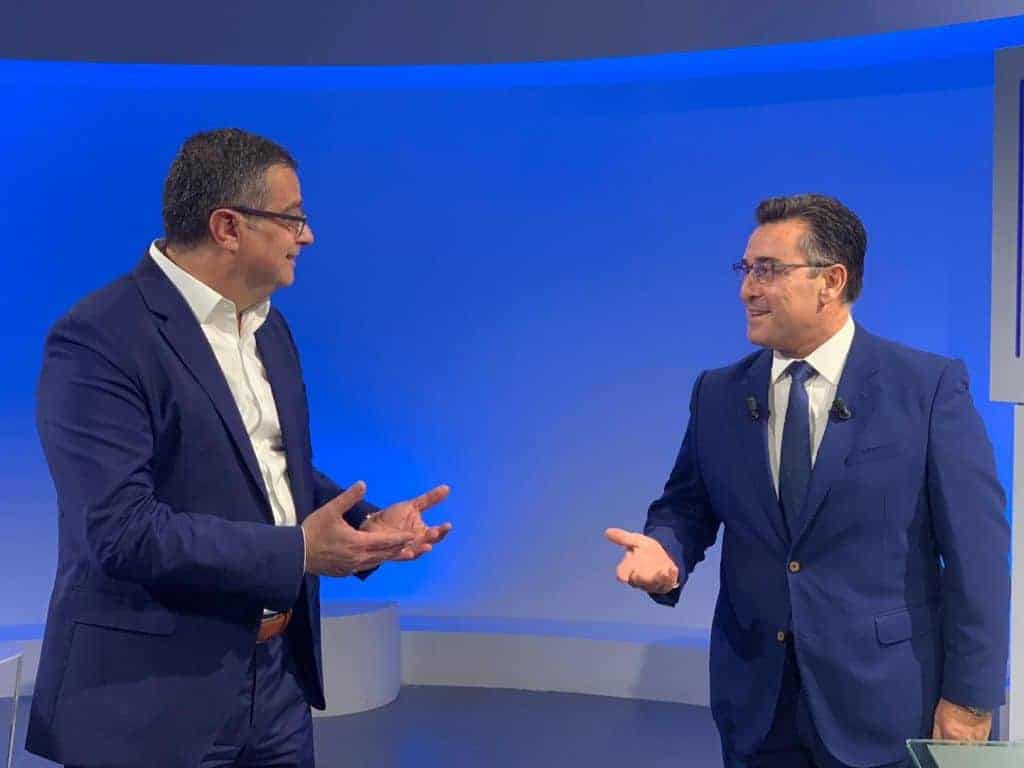 I suspect some people expected the PN leadership due diligence process to rule out Adrian Delia from running. I certainly thought it could have, but would not for the political expediency of having him defeated more definitively in the ballot box rather than by a committee of faceless men. But having read the report, I think it’s proved to be more than a ritual or a formality. It is a priceless tool in the hands of eligible voters. They have been equipped with the reasons not to vote for Adrian Delia.

Frankly, a good reading of the report should mean that Adrian Delia ends up attracting no more than his own lonely vote. I’m not that naive of course. Nor do I imagine my synthesis here will change anybody’s already made up mind. But I think the process deserves to be analysed and by simply assuming that card-carrying members of the PN will ignore the findings of the report is short-changing the effort made.

Let’s go through it.

The report speaks about the Jersey Bank Account that has been the subject of controversy for three years since Adrian Delia ran for the post first time round in the summer of 2017. The report summarises the allegations about Adrian Delia holding a bank account in his name used to launder proceeds from a prostitution racket in Soho, London.

The report also summarises Adrian Delia’s familiar defence that he does not remember the bank account but his bank does not keep records that far back; that his signature on documents proving his involvement was forged; and that he was only the lawyer of the owner of the property who in turn was not involved in the prostitution racket.

At face value this is “he said, she said”. The report says that “if” the allegations are true, Adrian Delia is not fit for office. The allegations remain unproven and denied. But they remain. In 3 years of this mess Adrian Delia has been unable to clear his name. In his second leadership election, like his first, he is still defending himself from them. Instead of having a discussion on policy, the party continues to be weighed down by his baggage.

The board dealt with the story of the Birkirkara football player that was confronted by Adrian Delia in a manner the board determined “could and should have been handled much better”. If they had more time, the board could have consulted the court cases brought by the football player that clearly show the court did not believe what Adrian Delia said under oath on the stand in those proceedings and discarded his testimony altogether. But that would only have underlined the board’s explicit conclusion that Adrian Delia’s behaviour was “inappropriate in this case”.

Chatting up a murderer

The section dealing with the WhatsApp chats with Yorgen Fenech that ultimately got the parliamentary group, the executive committee and the general council to force this election, can also be superficially dismissed as “he said, she said”.

Communications with the beneficial ownership of “17 Black” should have been terminated abruptly once Mr Yorgen Fenech had been identified by the press as being the beneficial owner of this company, at least until such time as the allegations made had been cleared. To communicate with Mr Fenech, let alone to consider taking up his offer for lunch, after he had been identified as being beneficial owner of “17 Black”, if proved to be true, would constitute a serious lack of judicious behaviour on Dr Adrian Delia’s part which would undermine his credibility and that of the party which he leads in its fight against corruption.

The board reports that Adrian Delia denies the “allegation”. But he doesn’t really. Because he complains to the board that the content of the chats was “leaked” by the police in an act he deems was intended to undermine him. If he’s right, and he may be right, however unfair that may be, the simple fact is the “allegation” becomes fact. There’s no “if” anymore. His credibility and that of the party which he leads is undermined.

Investigating officer Keith Arnaud in court and under oath confirmed the WhatsApp chats between Yorgen Fenech and Adrian Delia are authentic and the reporting on them is accurate.

Adrian Delia’s exposure on the Mġarr Developments Limited remains today what it was on the eve of the 2017 election. That’s in spite of his claim then that the matter would be resolved within a year. He bluffed, nay he lied, about his ability to resolve the matter and he remains just as vulnerable to the ruinous hold a bank has on him as he was when he first said he’d solve the problem quickly.

Apart from this Adrian Delia owes some €600,000. The board says that meeting repayments for that debt on a monthly basis “is an ongoing task being faced by Dr Delia”. That’s when one takes into account his considerable expenses for the maintenance of his children. That means the man is, as has often been reported, permanently on the brink. Instead of working at his job of leading the PN he spends at least a week a month figuring out how he’s going to pay that month’s bills.

In the midst of his payment struggles, Adrian Delia falls behind on paying his taxes. That was an issue in the 2017 elections but in May 2018 he proudly announced he had squared off all outstanding bills with the tax man publishing a compliance certificate. That certificate has become useless since then, because a statement of his finances dated June 2020 shows that Adrian Delia has once again managed to fall behind on repaying his taxes and has accumulated penalties and interest due for late payments. Which is hard to understand because his full time job as leader of opposition gives him a monthly net salary with his taxes deducted at source.

Paying taxes is a moral obligation, says the due diligence board. Politicians should be judged by more than the minimum standard that applies to all. They make a valid point which also applies to Adrian Delia’s rival for the post, Bernard Grech, who has also been on several occasions late with his tax payments.

That’s actually what they had to say about Bernard Grech. Bernard Grech was late with his taxes, and he should be judged for that. There was no ‘alleged’ money laundering for prostitution, no ‘success fees’ on helping a client get a bank loan, no forceful interrogation of a football player, no chatting with a tycoon known for bribing politicians, no enormous exposure to debt and no struggles with repaying loans.

I was and am disappointed that the candidate who stepped up to replace Adrian Delia as PN leader has been, on multiple occasions, late with his taxes. Like the due diligence board I find no reason to gloss over this failing. I am unhappy about it and it establishes for me a clear relationship with Bernard Grech. That he will have to earn my trust and he’s not starting from a good place.

But allowing Adrian Delia to get away with his lies (including the recent one where he “announced” that this due diligence report clears his name and indicts all his critics), his mis-directions, his compromises and his “at best ethically dubious” choices by being unable to distinguish all that from Bernard Grech’s baggage, another ethically dubious choice would be the effect.

I remember Roberto Benigni making a compelling argument addressed to people who choose not to vote because “all politicians are the same”. He said if you don’t vote, you’ll be letting the crowd make the choice on your behalf. And the crowd always chooses Barabbas.

Calling Adrian Delia Barabbas, implies that Bernard Grech is Jesus. Clearly he isn’t. I continue to hope that it is reasonable to expect that political candidates for such a position pay their taxes on time. If Bernard Grech was running against someone with his qualities minus the late tax payments, I would be voting for the one running against him.

But the one running against Bernard Grech is Adrian Delia. I am not going to make a utilitarian argument: that the big picture requires you to vote for Bernard Grech because the PN will never defeat Labour for as long as it is led by Adrian Delia. In matters of right or wrong, utility is beside the point.

My argument is ethical. If you are eligible to vote, and you fail to make a choice between Bernard Grech and Adrian Delia, you are not reaching the ethical conclusion that it doesn’t matter if politicians pay their taxes late. You are reaching the ethical conclusion that it does not matter that a politician undermines their party’s ability to fight corruption and that as far as you’re concerned there are only two states of being: divine purity or mortal sin.

Vote for Bernard Grech. Not because he’s Jesus, or because what he did with his taxes is not reprehensible. But because the option available to you as a voter is either him or Adrian Delia. Make the choice. Next day start holding Bernard Grech to account. Retain your thinking faculties. Preserve your right to rebel and to expect more from your leaders, including Bernard Grech.

Just don’t walk away from this now.