The Keith Schembri test case: What things may come. 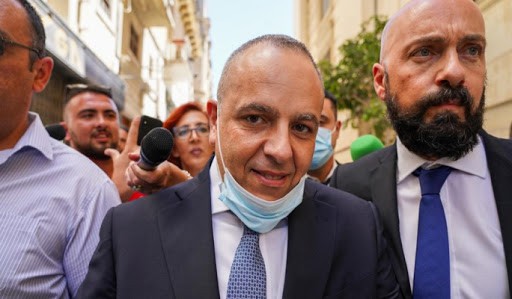 Traditionally, the Attorney General could decide to secretly bury any inquiry and they owed no one an explanation for their decision. Our constitution used to say that in criminal matters the Attorney General is answerable to no one, an unqualified power that may have been abused to protect politicians who should have been prosecuted for crimes.

After the intervention of the Venice Commission, changes to the law were made at the beginning of this summer that have reduced the absolute extent of the Attorney General’s authority in this respect.

The other glaring restriction is that a request for reconsideration or judicial review can only be made in a short time, a month, after the decision not to prosecute becomes known or from when the “injured party” could have known about it.

Civil society raised the “injured party” question with the Venice Commission. Who is the victim of corruption? Everyone is. We argued that anyone should then be able to ask for a judicial review of an Attorney General’s request not to prosecute politicians suspected of corruption. We didn’t get that but we got something which is near as good. In cases of corruption, the Ombudsman, the Commissioner for Standards, the Auditor General and the Permanent Commission Against Corruption all have the right to ask the Attorney General to reconsider a decision not to prosecute or to ask for a judicial review if the Attorney General does not change their decision.

The short time limit to complain remains a problem. There is no procedure that obliges the Attorney General to inform anyone of a decision not to prosecute. While the process is rightly protected by secrecy to preserve the integrity of a potential prosecution, the decision not to prosecute could be buried under the same secrecy. She is not going to inform Simon Busuttil if she does not deem him an “injured party” and she sure is not going to tell you or me about it.

In that context this new right to seek judicial review of decisions not to prosecute politicians who take bribes might be an unusable dud. Unless the country’s institutions get busy looking alive.

So here’s the point of all this. The Ombudsman, the Commissioner for Standards, the Auditor General and the Permanent Commission Against Corruption should immediately notify the Attorney General that they consider the prosecution of the case of bribes paid to the prime minister’s chief of staff as kickbacks on the sale of Maltese passports as a matter of public interest. They should demand they are informed should there be a decision not to prosecute and that this is done in good time for them to be able to demand a reconsideration, and if necessary a judicial review of the decision in a court of law.

They have been given the right to do this in lieu of the right we should all have as citizens to do this. We should have that right because when they sold those passports they diluted our dignity as citizens. Because when he was caught with that money Keith Schembri lied about it. He branded Daphne Caruana Galizia and Simon Busuttil as liars and traitors. He lied to the voting public about them, securing as a result the re-election of his party two months later. For demanding action by the institutions on the back of what was publicly known to be true, Simon Busuttil was pushed out of public life in Malta.

And to protect himself and the money he stole from us, Keith Schembri exposed Daphne Caruana Galizia to the bombers that killed her. At least one witness says he paid to have her killed, but that’s a question for another day.

If we had Attorneys General and Commissioners of Police of conscience before Daphne Caruana Galizia was killed, Keith Schembri would have been arrested on 25 April 2017. We would not be feeling the need to change the law if the people empowered by it made good use of it.

But that didn’t happen. We cannot bring Daphne Caruana Galizia back. Instead we tinkered with our rule book, creating a new layer of oversight. The question is today, do we have an Auditor General, an Ombudsman, a Commissioner for Standards and a Permanent Commission Against Corruption of conscience?

It remains to be seen. And this case may be the one to show us.