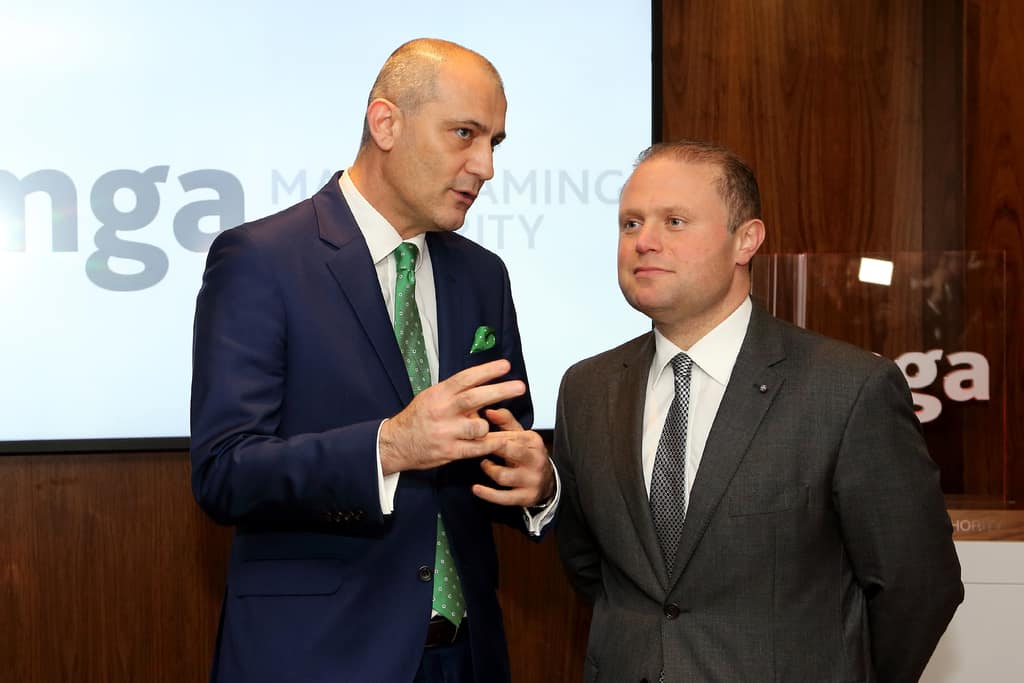 Maybe it’s because I binged on the Netflix series The Queen’s Gambit, but I’m visualising this as a middle game on a chess board of a match I’m watching, but I’m not smart enough to guess where this will go.

Times of Malta is reporting that the CEO of the financial regulatory body “suspended himself” pending the authority’s board decision on his fate. That means Joe Cuschieri is not admitting to any wrongdoing or ethical breach that would lead him to resign with dignity. He is not assuming responsibility. If it were up to him he’d stay on as CEO of the MFSA. If he thought any differently he’d have straight resigned.

He doesn’t think that accepting the hospitality of a casino tycoon whose business he regulated up to two weeks before was out of order. Even if it turned out that casino tycoon was at the centre of the biggest bribery scandal in Malta’s history and the man charged for masterminding the killing of the journalist who exposed that scandal.

But he is leaving it to the board of governors at the MFSA to decide if, given all the pressure for him to quit, he should indeed be made to walk the plank.

You’d think that’s fair enough, that’s responsible and proportionate because the board is now free to decide whether the calls for Joe Cuschieri dismissal are appropriate. But you see, it isn’t free to decide.

Robert Abela continued his predecessor’s line of reacting rapidly to any and all criticism, often by discrediting the source of that criticism or by some quick quip or a tu quoque retort. But in this case Robert Abela took ages to react about the revelations on the Joe Cuschieri trip.

Then yesterday night Robert Abela was answering Saviour Balzan’s questions on TV. He defended Joe Cuschieri from calls for his resignation from the parliamentary opposition and the NGO Repubblika saying that those calling for Joe Cuschieri to resign “had ulterior motivations.”

“From what I am seeing now Joseph Cuschieri had no conflict of interest at the time. Did he know back then that Yorgen Fenech was involved in the Daphne Caruana Galizia murder? If yes it would change my judgement. But I do ask myself is this an attack against Cuschieri, an attack against people close to him who may have taken decisions that did not go down well, or an attack against the financial services sector to undermine the country?”

Malta Today, the newspaper edited by Saviour Balzan, interpreted “people close to Cuschieri” as a reference to his father in law, President George Vella. Robert Abela wants to say this is payback because George Vella did not remove Adrian Delia from opposition leader when the majority of the PN parliamentary group asked him to.

And the slander that Repubblika wants “to undermine the country” is made no less absurd by the fact that Robert Abela repeated it multiple times during the same interview referring to Repubblika’s actions to demand accountability for people allowed to die at sea and for judiciary appointments ruled by the Venice Commission to be inconsistent with contemporary democratic standards.

Now here’s the issue. By “suspending himself”, Joe Cuschieri left the decision about his fate at the MFSA to the MFSA’s board. But he only did that after Prime Minister Robert Abela came out in his defence, publicly ruled he’d done nothing wrong, and discredited those calling for his removal as motivated by personal and family vendetta or plain seditious intent.

Now the MFSA board no longer has to simply decide what is the appropriate consequence to the discovery that their CEO went on a jaunt to Las Vegas with Yorgen Fenech. Now the MFSA board has to decide if their theoretical and legal autonomy from the government extends to the possibility that they might take a decision the prime minister has already declared he is expressly against.

The MFSA’s autonomy is a deeper and more complex reality than the autonomy of many other arms-length public agencies. The MFSA, together with the Central Bank of Malta, regulates matters that are in the competence of the European Central Bank. These are considerations no government of the eurozone is allowed to interfere in, not even the European Commission or the European Council. The model is the pre-euro federal German bank and to an extent also the independence of the Bank of England.

Yesterday I quoted possible breaches of the ECB’s ethical code that personally governs the conduct of representatives of member states on the ECB boards. Joe Cuschieri is one of those representatives. The motivation for those rules avoiding conflicts of interest, private transactions, lavish gifts and moonlit consultancies, is the preservation of the legal and functional autonomy of the agencies that regulate financial markets in the eurozone and in the EU.

That’s how much the MFSA is supposed to be zealous of its autonomy from the government.

And of course, the government should have the restraint and the decency not to pronounce itself on decisions that need to be taken by the MFSA board before the MFSA board has actually paused to consider them.

Effectively, while Joe Cuschieri is making it look like he’s leaving it up to his board whether to save him or ditch him, he is presenting them with the horrible dilemma of choosing between acting according to the rules and their conscience or complying with the express wishes of the prime minister.

Here we are on the eve of the end game of this chess match. Outside this country, the world is sceptical about our ability to comply with international laws and standards in the financial sector. Most of that scepticism is grounded in the weakness of our institutions, particularly their inability to act against the partisan and political interests of Labour prime ministers and ministers.

The FIAU, the MFSA, the Police, the prosecution service, the judiciary: all quivered in front of the Daphne Caruana Galizia inquiry, fully admitting their inability to act meaningfully when Keith Schembri, Konrad Mizzi, Joseph Muscat and so on ran riot in this country.

And now the test for the MFSA is whether it is strong enough to act against someone who is theoretically their employee and entirely in their discretion to dismiss, but who is part of the tagħnalkoll clique that has Robert Abela as its chief attorney.

The MFSA, the FIAU, the police and so on are now showing off to Moneyval how quick they are to clamp down on local village butchers extending credit to their customers using their pension cheques as collateral. But can the MFSA fire its own CEO when his own personal conduct demonstrates as explicitly as one could possibly imagine the infiltration of criminal and corrupt interests in Malta’s institutions?

Watch the board closely now.