License to say the truth 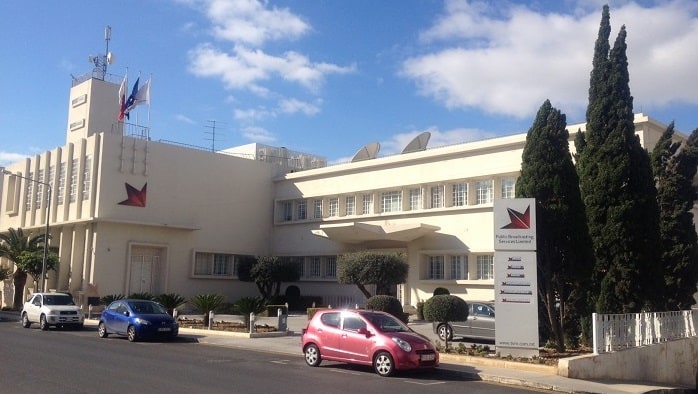 Some people argue that journalists should be licensed, like lawyers or engineers, so that people who read or watch their work know they are qualified to do it and if they conduct themselves unprofessionally their licence is withdrawn and they are prevented from working anymore.

The argument goes that there is so much fake news out there, that real news needs to come with an independent quality certificate for people to be able to tell the difference, like a green sticker on an A++ refrigerator.

The dangers of this are enormous of course. I think such a notion is abominable. Giving anyone the keys to the right of people to be informed, allowing someone, anyone, to decide who can and cannot speak freely, is just too great a risk. Especially when we see such concerted efforts, often backed by one section or other of the press, to silence journalists or prevent them from working.

But none of this is a reason for journalists not to conduct themselves within an ethical framework. When we entrust our children to teachers we rely on their professionalism which, we are entitled to assume, will mean teachers will act in the interest of children all the time. Similarly, when we entrust out uninformed minds to journalists, we rely on them to tell us the truth. This is not about having or not having bias. It’s about that bias being partial to what is true.

In order to do that with any seriousness journalists must be wary of conflicts of interest. A lawyer cannot work for two sides in a single dispute. A journalist cannot work for their audience and in the interests of the subjects they are covering at the same time.

Once you start reviewing restaurants for money, you slip down the slope of conflating journalism with public relations. As money from conventional sources gets tighter the temptation of accepting bribes or extorting money from potential subjects of journalistic investigations grows. Pay me or I’ll say your restaurant is bad. Some media rationalise this by calling it “the new business model”. In journalism you can have corruption too. You can have bribery and extortion in this business as well. Like all institutions of democracy, journalism can betray the people that trust it to work for them. By calling this rot ‘a business model’ you’re not scaling it up the morality ladder. You’re rebranding.

Don’t get me wrong, I do appreciate the environment, even better than some. Times are seriously tough for journalists and media houses everywhere and it’s not necessarily because we’re doing it wrong. Year on year, month on month, audience numbers for this website keep growing. Revenue from subscriptions and donations keeps going down. Around 12,000 individual internet users visit this website on an average day and yet the website has just over 200 monthly subscribers.

It’s not that people are not interested in journalism that is independent of corporate control, partisan ownership and advertiser influence. It’s that most people expect it for free. It’s easy enough to read. It must be easy enough to write.

Well it isn’t. And since most of us need to put bread on their family’s table, too many feel justified in creating ambiguities about their role as journalists.

With the extent of political interference in our public broadcasting, being paid as a contractor or an employee there, ends up in and of itself being thirty pieces of silver in a bag in exchange for loyalty to the government or at least a hapless neutrality.

The Daphne Caruana Galizia inquiry is dumbfounded watching all those government ministers, civil servants, advisers and public sector regulators who could have challenged the corruption of the last 8 years but didn’t out of fear, ambivalence or complicity. Perhaps the inquiry should challenge the broadcasters and the journalists at the national stations who looked away from the corruption out of fear, ambivalence or complicity, when it was their duty to expose it.

Ministers and civil servants and regulators are being asked: why didn’t you speak out? why didn’t you resist? why didn’t you resign? And they are mumbling puerile excuses for self-preservation, worrying about losing their salaries, losing the prestige of office, going against the flow and appearing treacherous. All those journalists and broadcasters who gave Konrad Mizzi, Keith Schembri and Joseph Muscat the benefit of the doubt for all this time would probably answer the same questions in the same way. They too allowed things to go too far. They too were complicit.

The payment to some public broadcasters goes beyond their regular salaries or contracts. I shouldn’t care too much that Antonella Vassallo, on top of her TV fees, is paid a full-time salary pegged to an assistant directorship in the government even though she spends hours of the day on TV inflicting on zombified viewers her mind-numbing ‘daytime TV’. It’s strange, wasteful and unjustified, but there’s so much political bias you can squeeze on a daytime couch. Or perhaps I’m underestimating this.

But then you have Quinton Scerri who hosts a daily discussion program while the income from his part-time contract with the government, in the rank of director-general if you please, flows in. Do we need to ask? Whose side are you on?

It’s not about being Labour or Nationalist, though as a political candidate for the Labour Party he has no qualms about that either. It’s about not being on the side of viewers, not asking questions on our behalf, not going wherever the answers take you, not digging for the truth no matter what it looks like.

It’s about working instead for the person being interviewed, giving them a platform, allowing them to roam. Just because you can. Just because they pay you.

When Mark Zammit interviewed Joseph Muscat a few days ago he started out by flattering the subject of his interview with the compliment that he admires him. It went downhill from there. It’s a bit like starting a restaurant review by praising the maggots happily quivering on last week’s dishes in the kitchen.