“I know Malta,” said another crook.

Updated 15 October 2020 at 07:20 Link here to a response by right of reply from Jean-Philippe Chetcuti. 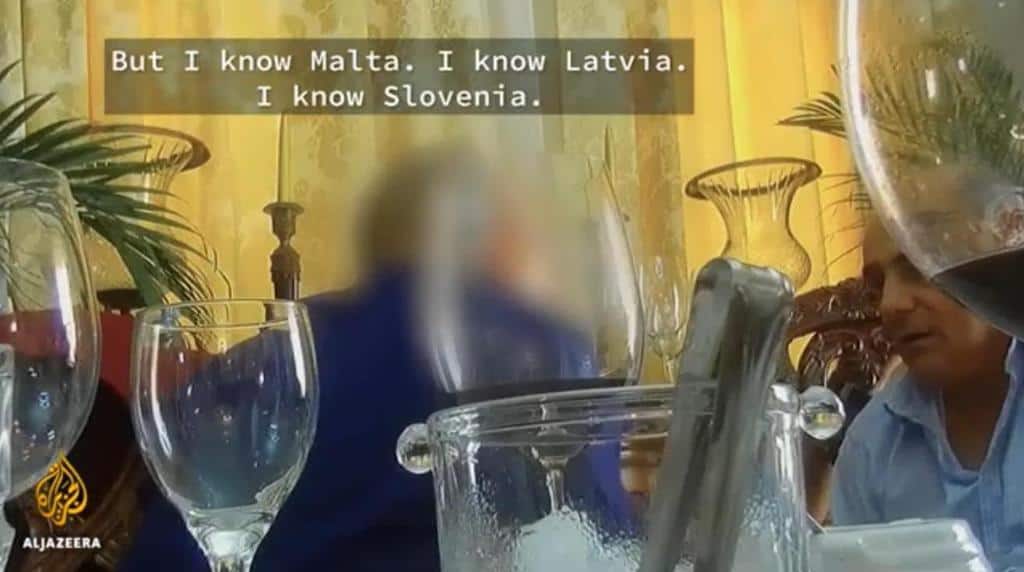 Cyprus has announced on Twitter today it is no longer selling its passports. That happened after controversy that followed a sting operation by journalists of Al Jazeera last August who had the Speaker of the Cypriot Parliament promising the inexistent clients of a journalist posing as their agent, a European passport for fugitives from police investigations in China.

The Speaker of the Cypriot Parliament was caught on tape telling the undercover journalist he wasn’t entirely sure he could get them a Cyprus passport for a criminal. They might get stuck in due diligence. But, the crooked politician tells the undercover journalist, if the ‘client’ is not picky he could get him a European passport from another country.

Guess which country he mentioned first. “I know Malta” he told him. He said he’s friendly with the presidents of national Parliaments in Europe which makes him a buddy of Anġlu Farrugia.

The video is cued to start in the bit of the program I’m referring to here.

Is this evidence of wrongdoing? It’s no different to the M6 investigation into Malta’s passport sales scheme when lawyers at Chetcuti Cauchi advocates – purveyors of Maltese passports – told an undercover journalist asking for a passport for an African client of his with a criminal record and got the same answer as the Al Jazeera journalists.

Now a partner at Chetcuti Cauchi is not as prominent a figure as the Speaker of the Cypriot Parliament. But they both promised pretty much the same thing to an undercover reporter. They promised they can fix them a passport from Malta because they have the right contacts with prominent people here.

The government of Malta is feeling the heat of Europe’s impatience with these schemes. They tried to tweak the rules recently but as Peter Agius points out in this Facebook post, the childish ‘trick’ remains the same. People who have nothing whatsoever to do with Malta and do not intend to have anything to do with Malta will still be getting Maltese passports.

This is the problem. The idea that passports are a commodity that can be bought and sold like a Diner’s Club Card but backed instead of a personal bank account, by the reputation of an entire country, is a civic abomination.

In the case of our passports this commodity is backed by the reputation of an entire European Union.

It is amazing to me now that the European Commission has so far taken the attitude that member states like Malta could go around selling European citizenship as if it belonged to them. MEPs Roberta Metsola and David Casa were leading voices in the effort to point out that this is not merely morally problematic. This is illegal because it betrays our European commitments under European laws to police together with all the others the borders of Europe.

Maybe the European Commission will not slumber for much longer. Cyprus dropped the passport scheme after all the noise from the Al Jazeera story but what would have stopped them behaving like we did when the M6 story came out and exposed the rot in the way this country operated this scheme?

I think the Cypriots realise this is now going to be a battle with the rest of Europe they do not have a moral leg to stand on fighting. They realised it’s just not worth the effort. The reputational harm that comes from selling passports is just not worth any profit made from trading a non-commodity.

And I think we here in Malta we’ll understand this can’t go on, the hard way. As we always do.